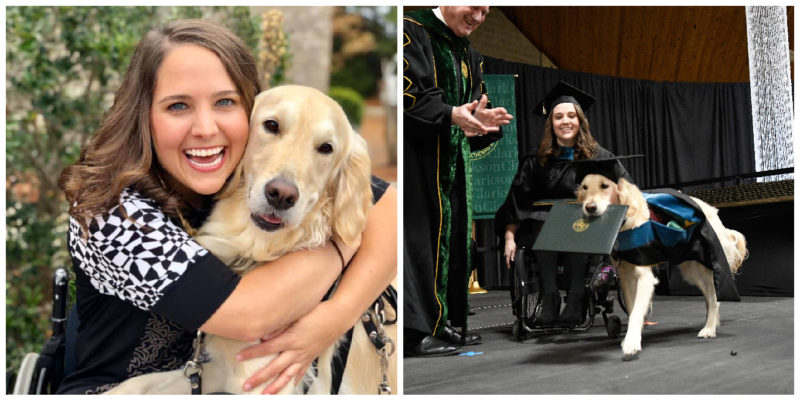 A university in the United States solemnly presented a diploma to an unusual student – a golden retriever.

The dog, together with his owner, received a master’s degree.

Not many people know that the dog had to work hard on the way to graduation.

US student Brittany Hawley graduated from Clarkson University in New York. Now, Brittany is a Master of Occupational Therapy.

In other words, the girl specializes in restoring lost motor skills. But Hawley did not receive her diploma alone. Along with her, the certificate was handed over to her four-year-old golden retriever named Griffin. 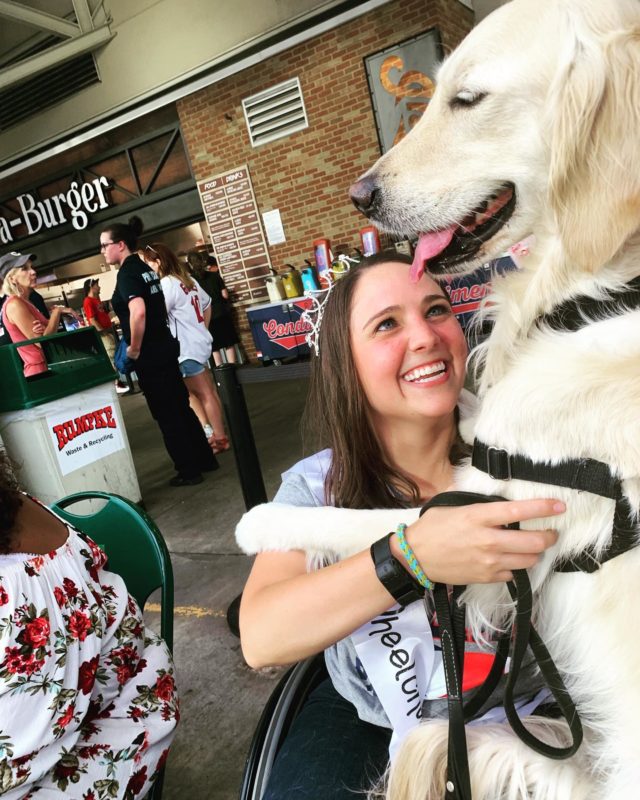 A photo of a good (and also educated!) Boy got on Reddit, where it got more than 30 thousand upvotes and dozens of enthusiastic comments.

But behind the touching pictures of the dog is a long history of his work, forcing us to make sure: dogs are really man’s best friends.

The fact is that the owner of the retriever was diagnosed with complex regional pain syndrome at the age of 16.

Due to the illness, Brittany constantly feels severe pain and is forced to move in a wheelchair. 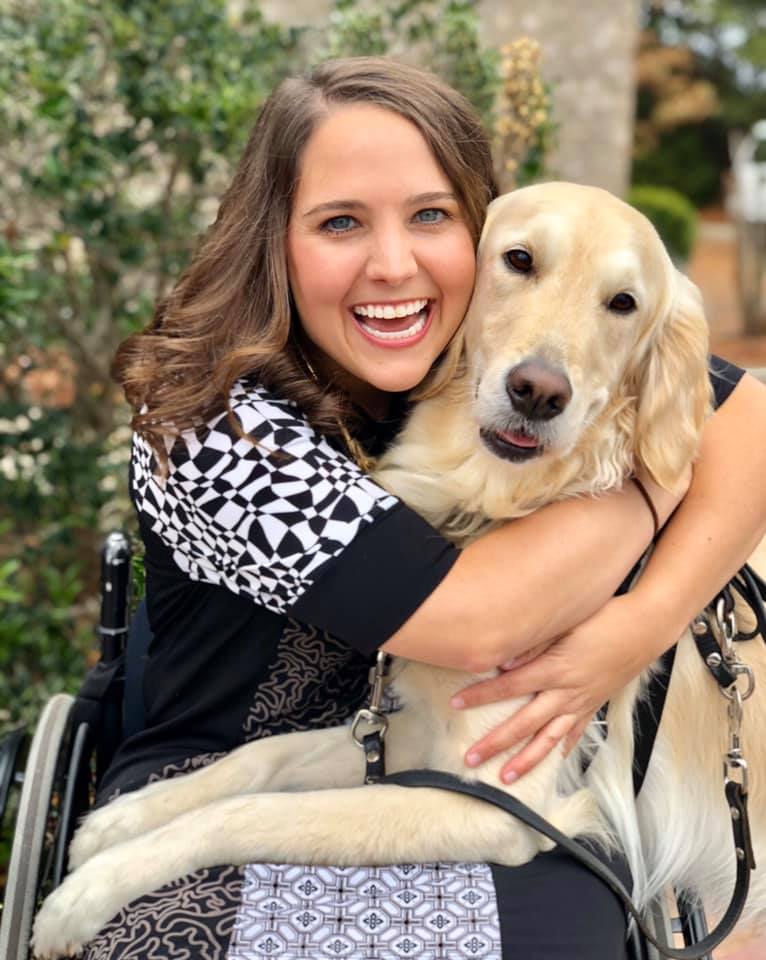 The girl received Griffin a few years ago from the paws4people company, which provides people with specially trained dogs that help in everyday life.

The four-legged one had an important task several years ago – to go with Brittany to New York, since she entered Clarkson University.

And since the girl needed Griffin’s help during her studies, the retriever began to go to classes with her. 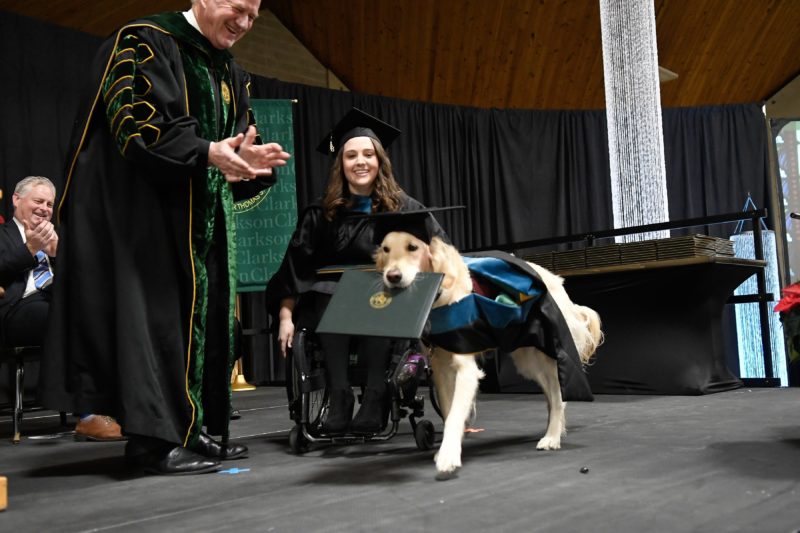 As stated in the message of the educational institution, the couple attended lectures, seminars together, worked on projects, and so on.

When Brittany was practicing at a special military base in North Carolina, the dog was also next to her.

Together with the owner, he helped rehabilitate soldiers suffering from problems with the musculoskeletal system and mental disorders.

All these merits allowed representatives of the educational institution to approve the receipt of a diploma by Griffin.

“The Board of Trustees determined that Griffin has demonstrated outstanding efforts, sustained commitment and conscientious dedication in ensuring the well-being of his owner Brittany and her academic success,” the university said in a statement. 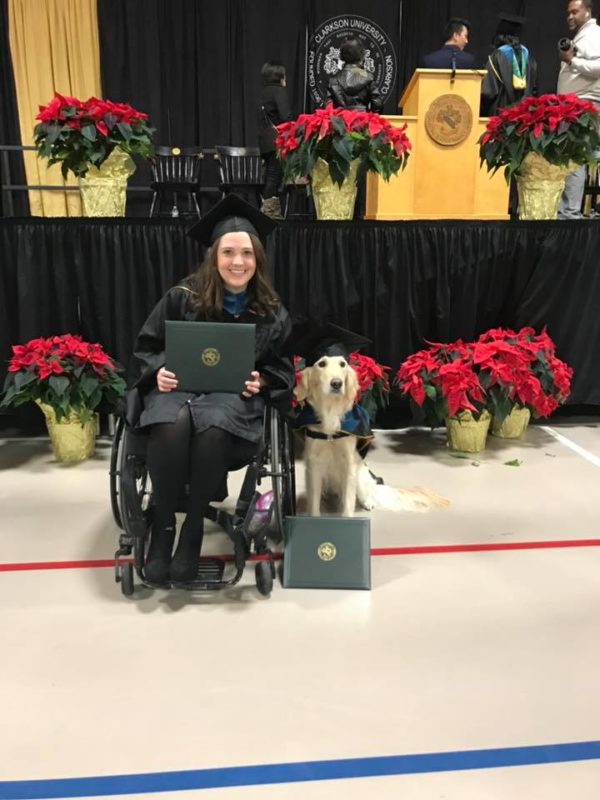 Brittany is going to work as an occupational therapist with military personnel – both veterans and retired ones.

At the same time, Griffin will also help the girl in her activities.

Blind and lonely bison is ignored by all the animals at the farm for many years, but then she meets Oliver
Animals
0 385