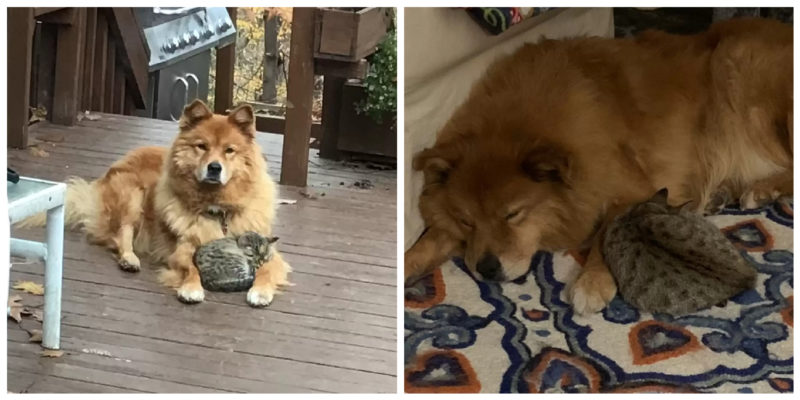 A couple of months ago, 17-year-old dog Bailey moved into a new home with his family. While exploring the area, Bailey and her owner Arthur discovered that a feral cat lives in the ravine behind the house.

People decided to help the animal and began to bring her food, and meanwhile the dog was already trying to make friends with her. “Bailey often went to the backyard to check on her,” says Arthur. At first, no one in the family understood what the dog was up to.

Bailey sat on the porch with her new friend.

“Bailey has never been friends with wild animals before,” the owners say.

“It shows what a loving heart she has.” Soon, other members of the family managed to win the trust of the shy kitten.

Following the example of Bailey, they began to take care of her – and now the baby lives with them. “Kitten-kitten (as the new pet was named) follows Bailey everywhere like her own puppy. It’s safe to say that now she is part of the family,” says Arthur.