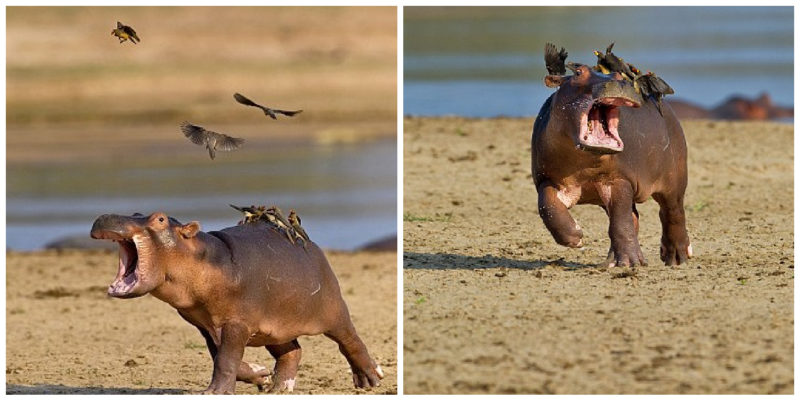 Photographer Marc Mol was traveling through South Luangwa National Park in Zambia when he snapped adorable photos of a baby hippopotamus frightened by a flock of birds that landed on its back. 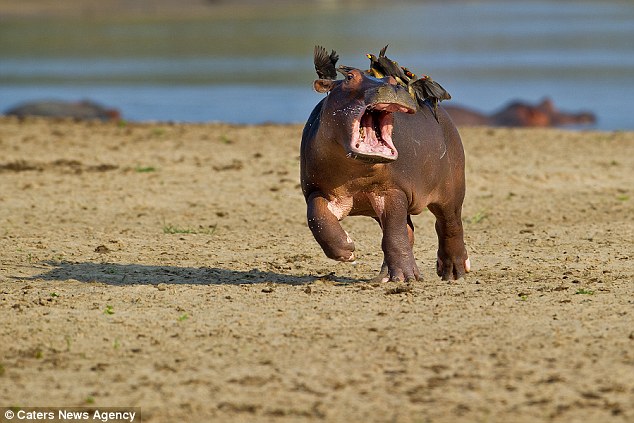 A Swiss photographer aimed his camera at a group of hippos when woodpeckers paid a visit to one of the cubs.

“I was busy concentrating on a bloat of hippos, when I suddenly saw that the baby was rushing in fear with his pursuers on his back,” says Mol.

He began taking photographs when the hippopotamus began to scream, run to its mother and wriggle from side to side, trying to shake off its enemies.

“At first I was amazed at what was happening when I saw this hippo running towards me and escaping from the water. And then I realized that a small flock of woodpeckers was the culprit,” says the photographer. 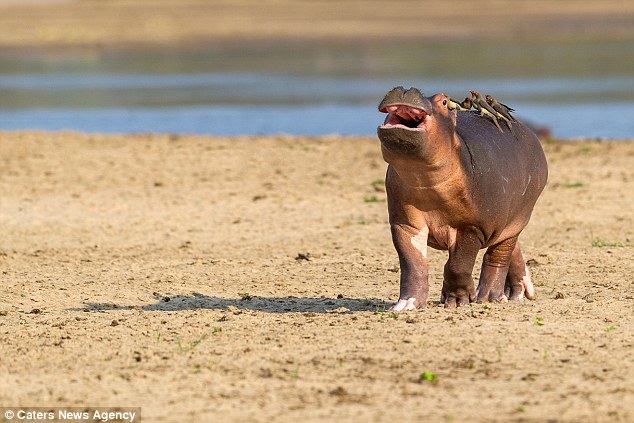 Hippos and woodpeckers usually have a symbiotic relationship, in which birds eat ticks and other types of parasites from the hippopotamus’s body.

The hippopotamus gets free care, while the bird gets free food.

However, in this case, it seems that the baby hippopotamus has not yet appreciated the full benefits of such an alliance. 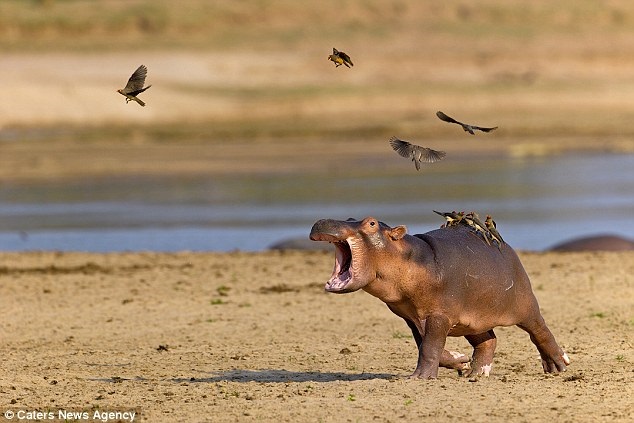 “I really laughed when I realized what I was able to catch in the frame,” says Maul.

“I love the look on this little guy’s face as he desperately tries to fend off what he considers to be annoying pests.”

The bus station opens its doors for stray dogs, makes beds to protect them from winter so that they have a warm place to sleep
Animals
0 554