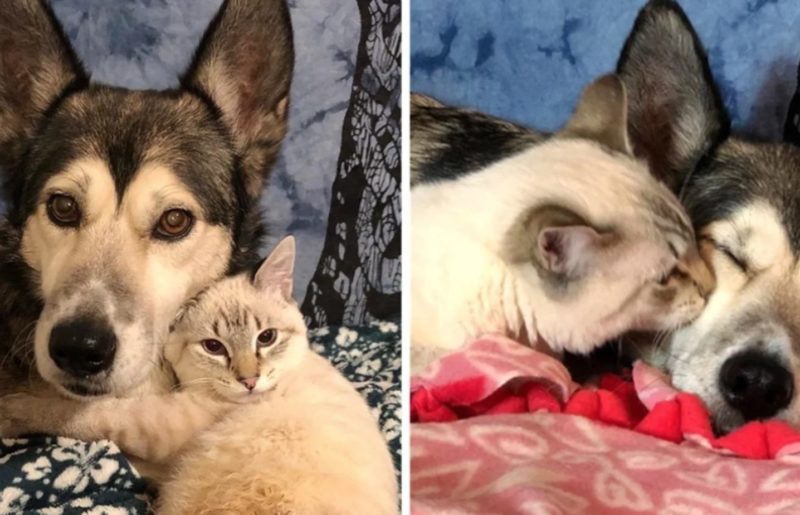 One day, a family living in Alaska noticed a stray cat in their yard.

She had a kitten with her.

Seeing people, the mother immediately disappeared, and the baby remained sitting on the ground. 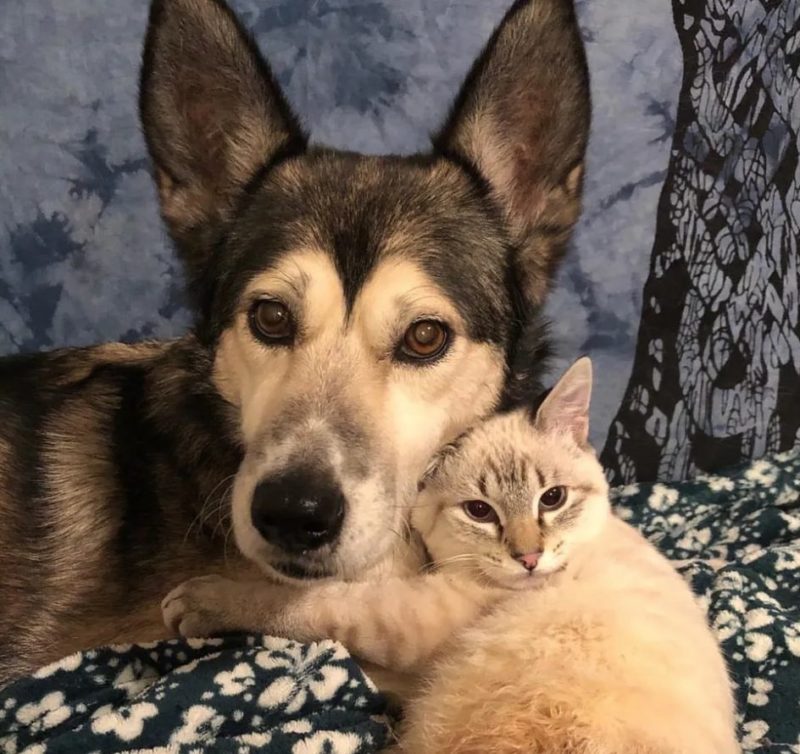 Having examined it closer, the owners of the house realized that the animal’s hind legs were paralyzed.

The kitten looked to be about 3 weeks old. They named him Harpurr.

Some time later, the baby was transferred to a private organization that specializes in saving cats.

It is located in Anchorage and is called Alaska’s KAAATs. Its founder – Shannon Basner – took up the new one herself.

Veterinarians found that Harpurr had many health problems.

Doctors said he would never be able to walk.

Doctors believe that the kitten could have been injured at birth.

Despite all the difficulties, the baby turned out to be quite strong. 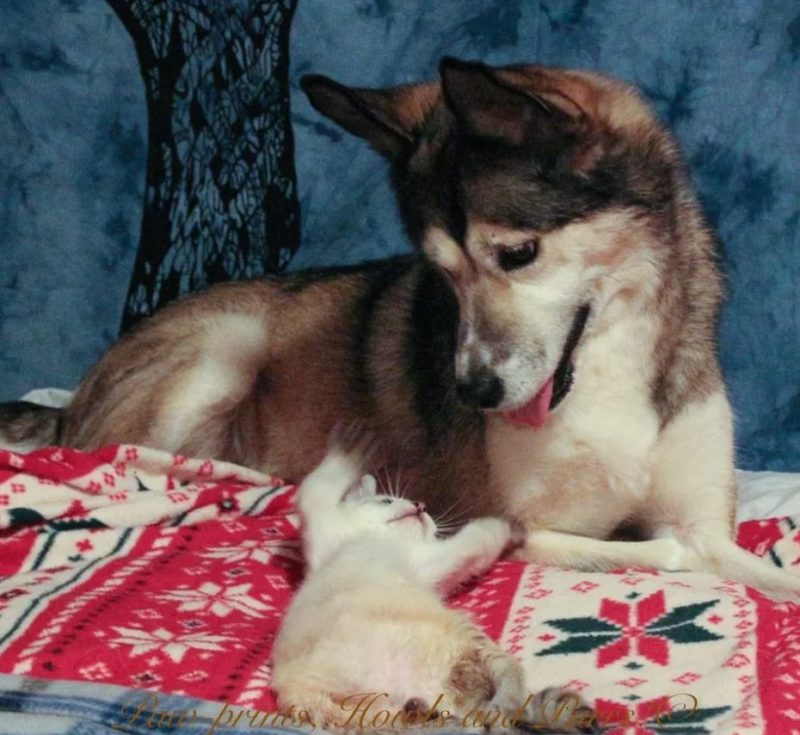 He fought for his life as best he could.

Harpurr did not yet know how to eat on his own, so every 2-3 hours Shannon fed him with a bottle. This went on for 2 weeks.

Gradually the kitten got stronger. Except for dragging his feet behind him, Harpurr generally felt good. He learned to play and purr.

The shelter staff spoiled him with toys. But Shannon understood that the baby needed something else, and then she decided to introduce him to her pets.

Three dogs live in the house of a woman. And all of them are good-natured towards cats.

The idea turned out to be successful. The friendliest of the dogs, whose name is Cinder, immediately loved Harpurr.

The kitten did not mind – he clung to her furry side and purred.

Once, Cinder was also picked up on the street, so she treats other rescued animals very well.

Being homeless, the dog more than once became a mother and raised puppies, hiding them in the forest. 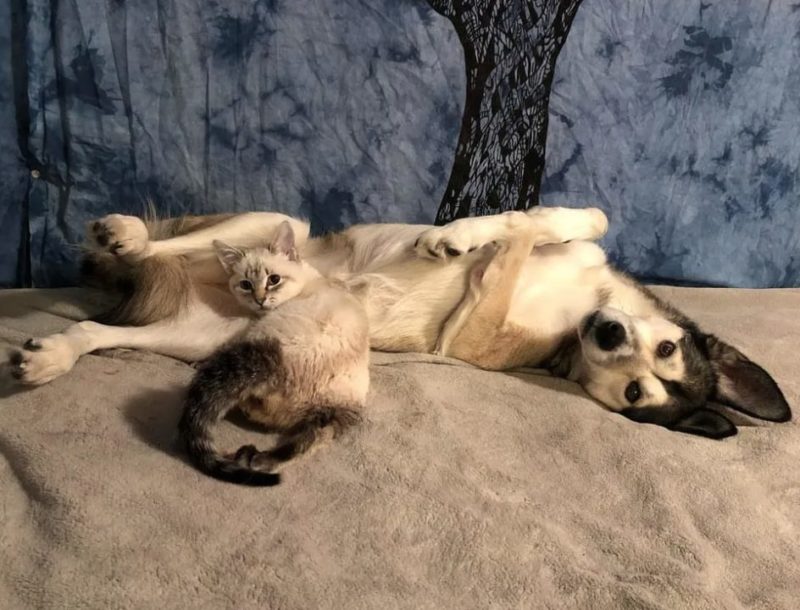 Cinder has a very developed maternal instinct. She always carefully treats the kids and immediately feels if one of them needs help.

The kitten did not leave the dog’s side, and even slept with her. Over time, the baby grew up, but their relationship did not change at all.

At about six months, Shannon tried to put a special cart on Harpurr. This device helps animals with a paralyzed back of the body to move independently without dragging their legs.

Harpurr appreciated the design and now enjoys running around the house and chasing toys. 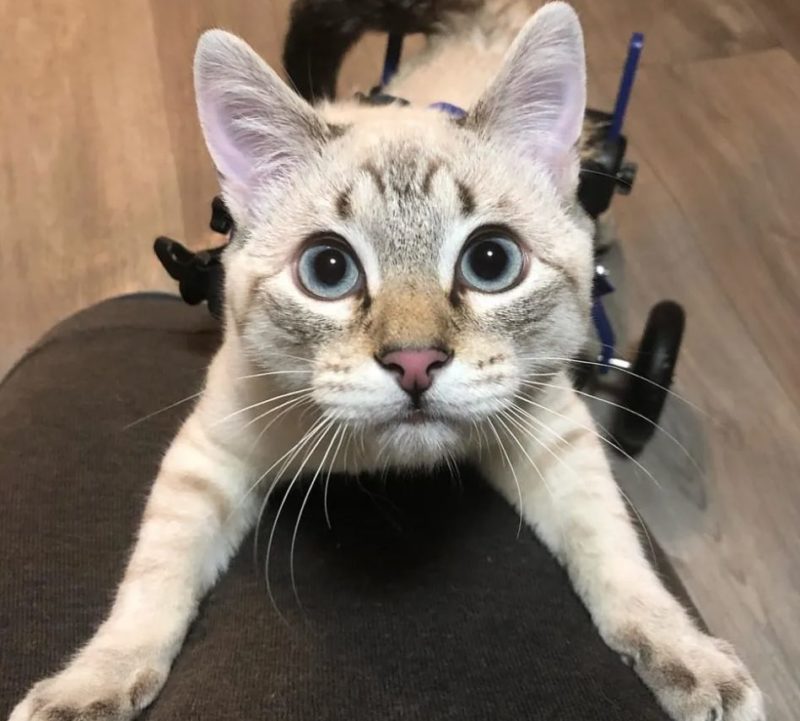 When Shannon removes the cart from the kitten and puts it on the couch, Cinder immediately appears and begins to lick his ward.

By the way, after the kitten got to the shelter, the rescuers found the mother of Harpurr and her other kittens. Luckily, they were all healthy.

Currently, Harpurr still lives with Shannon and is friends with Cinder.

Photographer managed to capture an extremely rare bear, that didn’t look like his relatives
Animals
0 111