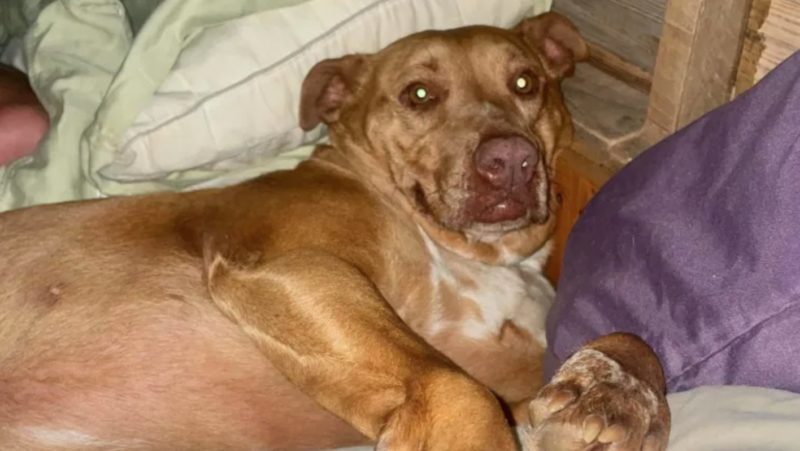 In early May, Julie Thornton Johnson, waking up early in the morning, found that she was hugging not her beloved husband, but… an unfamiliar dog sleeping peacefully between her and her husband.

Half-awake, Julia doubted if it was her pet (three dogs live in the Johnson house), but, rubbing her eyes, she realized that she was seeing a dog for the first time in her life. 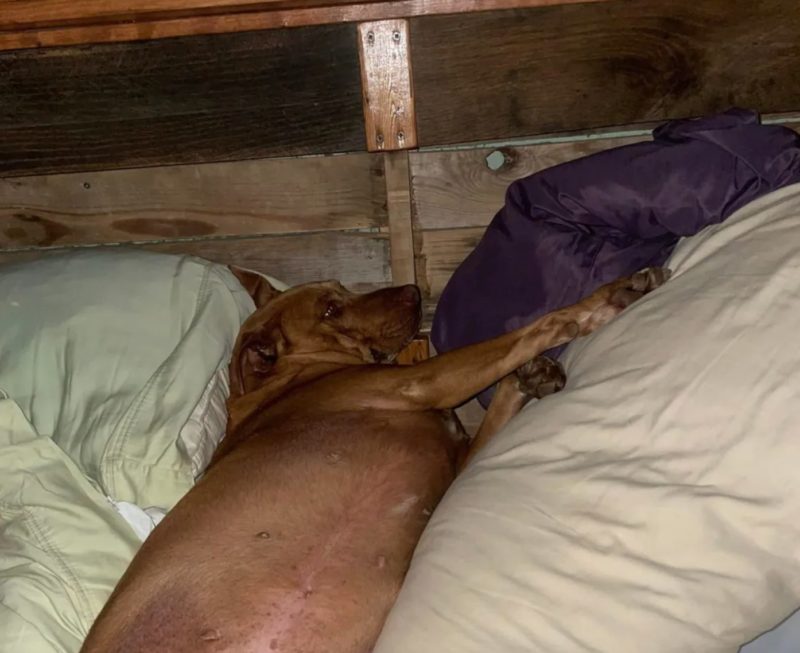 A large red-haired animal was lying with its head on the pillow, and as if nothing had happened was looking at Julia. The woman was shocked.

“I rolled back and looked at my husband. He also looked at me. We mentally asked each other questions: “Will she throw herself at us or not? What should we do? How did she even get here ???” – said Julia.

According to the woman, after a few minutes, it became clear that she and her husband were safe.

The redhead looked at them with a sleepy look and was not going to show any aggression.

The dog was clearly domestic: clean, well-groomed and friendly.

The search for the owners took about an hour.

After interviewing neighbors, the Johnsons learned that their “third wheel” lived several houses away.

The owners of the dog soon got in touch.

The mix of Labrador and bulldog turned out to be a girl named Nala and, according to her family, the dog is far from being weird for the first time.

“Our overly friendly dog ​​Nala is a space-defying champion. Now another story has been added to her list of Houdini tricks,” wrote Nala’s owner Chris Hawkins on social media.

It turned out that on the eve of the incident, Nala broke off the leash and ran away.

Not finding (or not wanting to find) the way home, the dog decided to spend the night with the neighbors.

How she climbed inside and bypassed the obstacle in the form of three family pets is still a mystery to everyone.

But she still got to her goal – a soft, warm bed.

Fortunately, the Johnsons reacted to everything that happened with humor and did not expel the dog, which, by the way, was in no hurry to leave.

The owners had to persuade the pet to leave the bed for a long time, and then thank the Johnsons for their warm welcome and understanding.

Still, in such an unusual situation, it is not easy to maintain composure.

Kind-hearted postman makes sure the dog, that is waiting for him every day, gets a daily letter even when there isn’t any mail
Animals
0 116817