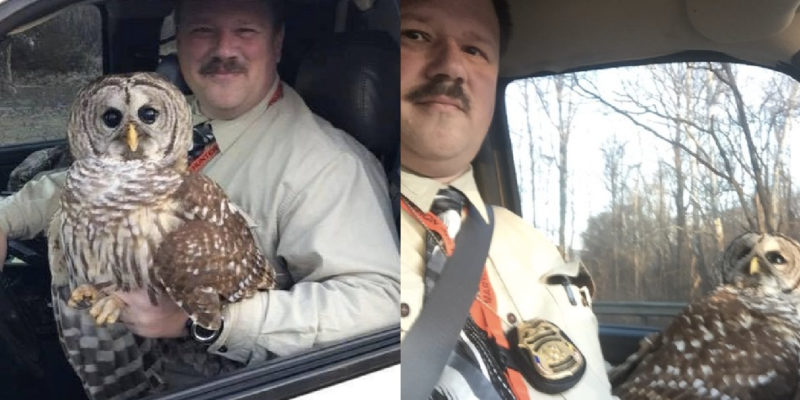 Early in the morning on a busy suburban highway in Maryland, someone spotted an owl sitting in the middle of the road. 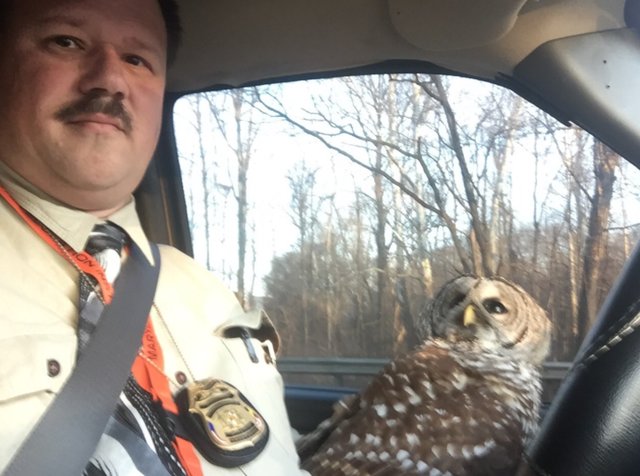 Cars drove around the bird, but it could not take off, as it apparently received some kind of injury.

Many people began calling the police about the owl. And Corporal Michael Latrum of the Maryland Natural Resources Enforcement Police was closest to the scene.

In addition, earlier Latrum already had experience in handling birds, so he decided to go into this business.

Seeing an owl sitting in the middle of the road, the corporal took off his jacket, cautiously approached the bird, and then quickly threw his jacket over it and wrapped the owl in it. 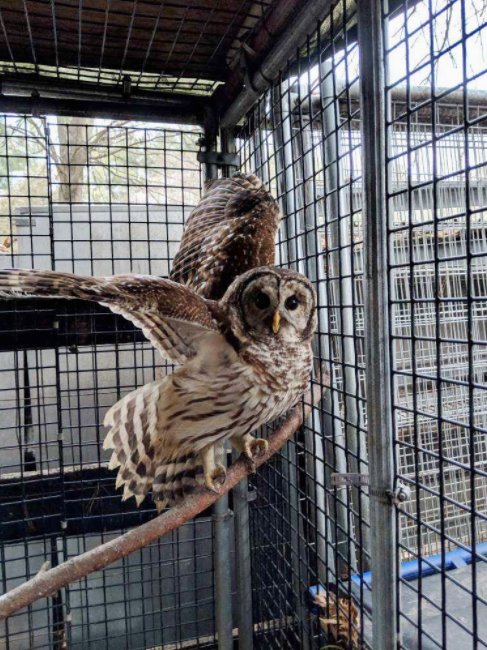 Latrum carried the subdued bird into his car and placed it on the seat next to the driver’s seat.

The owl looked around in surprise. She was still in a state of shock and disorientation but did not show signs of aggression. She only seemed surprised and confused.

As you can see in the photo below, Latrum even managed to put her on his hand so that his partner could photograph them together, and there was no glove on his hand and the owl could scratch the man badly, but she did not make any attempts to escape and attack the man. 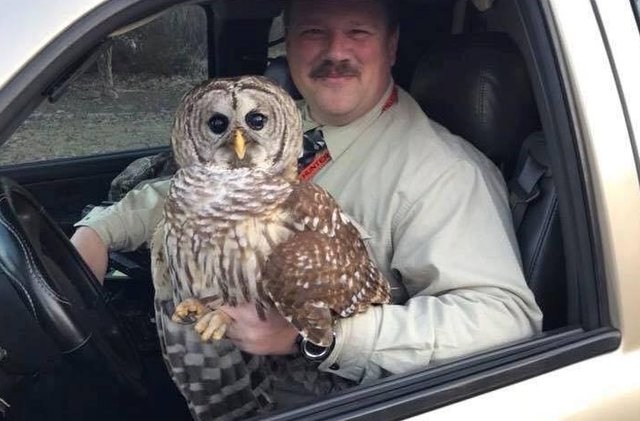 Only when Latrum passed the bird to another person, the owl twitched and scratched his fingers a little.

The owl was then brought to the Frisky’s Wildlife and Primate Sanctuary.

Shelter staff examined the bird and reported that it did not have any serious injuries and would soon recover. After that, she will be released back into the wild.