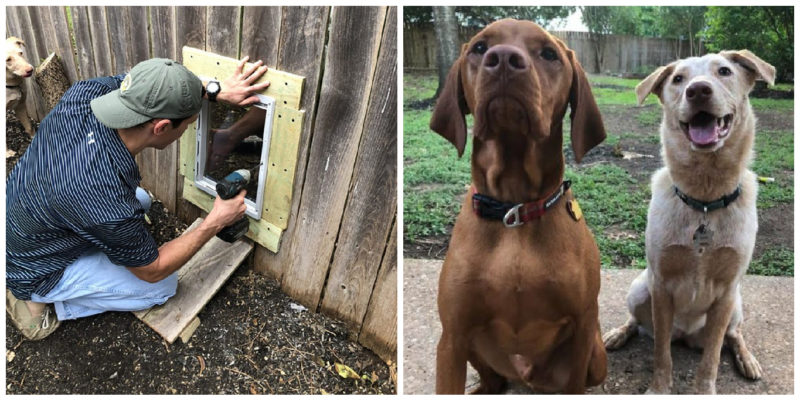 A dog named Tate (short for Potate) clearly loves her owners, because before she was adopted from a shelter, she was a stray puppy and lived on the street. 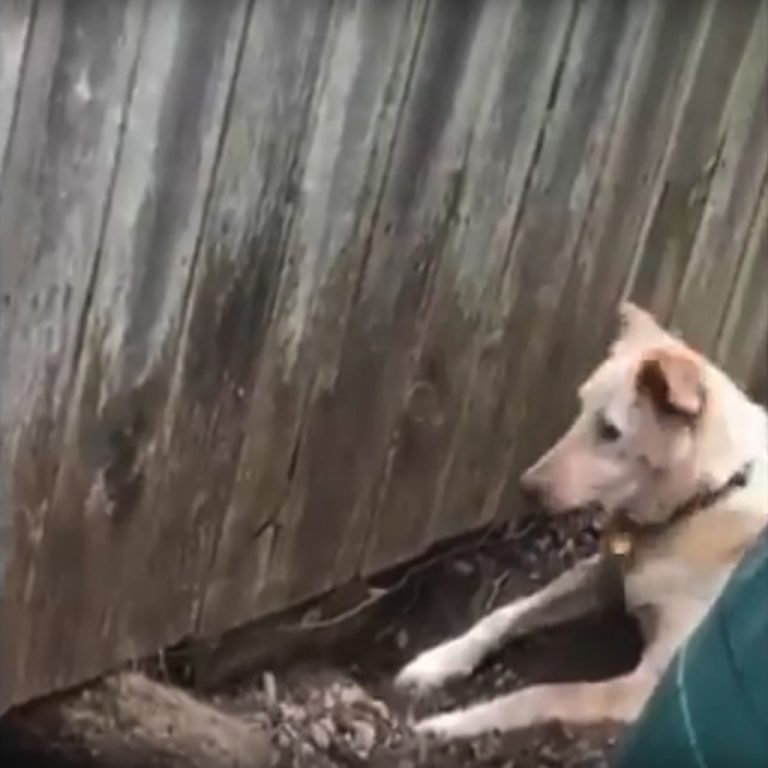 However, when Hailee Graham and her husband took her in, Tate’s life changed a lot, not only because of the appearance of a new family in her life, but also because she found her soul mate.

The fact is that on the day when Tate first crossed the doorstep of the Graham house, their neighbor also got a dog, which he named Vernon. 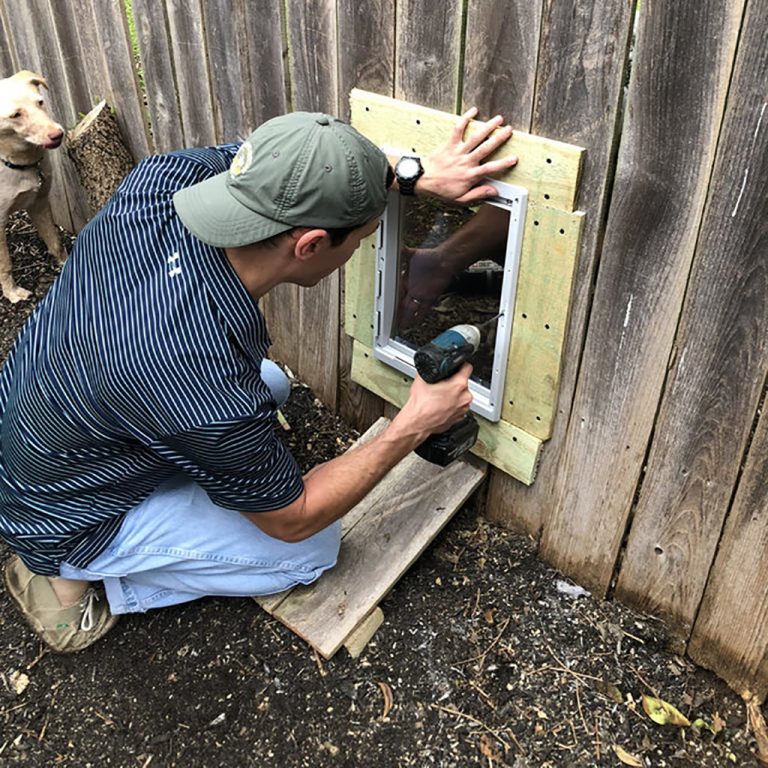 And it didn’t take long for the two dogs to become aware of each other’s presence on either side of the fence.

After Tate and Vernon found out about each other’s existence, they decided to meet at any cost.

Once, the owner of Tate caught the dogs digging a tunnel.

“I go outside and realize that they are digging a tunnel to each other on both sides of the fence,” Hailee says.

To prevent damage to both sites, the neighbors decided to arrange meetings for the dogs. 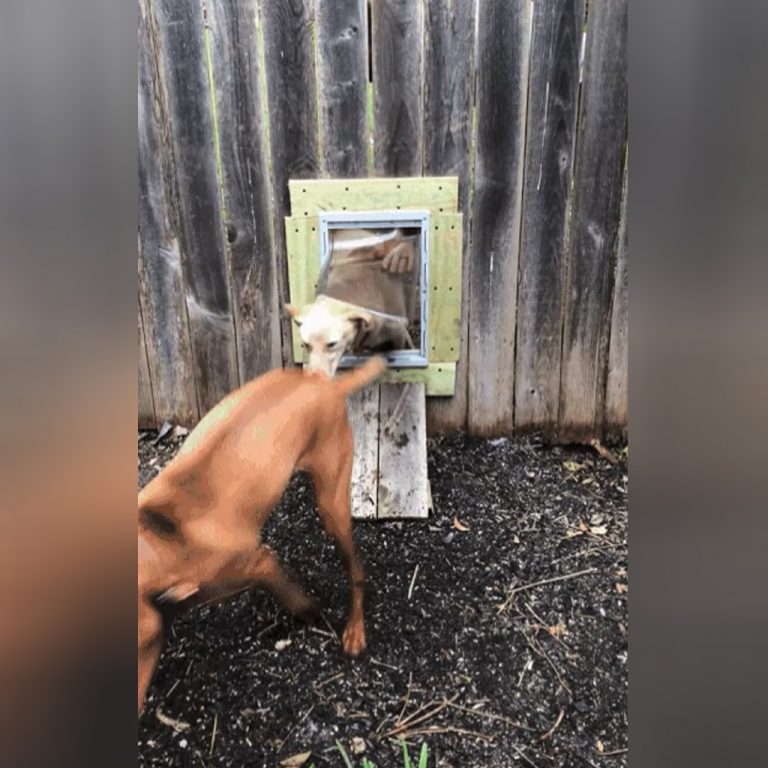 However, later, Hailee came up with an idea that would help the dogs spend time together when they want.

Dog owners decided to build a special entrance for their pets in the fence, which stands on the border of the plots.

After its construction, Tate and Vernon can play together whenever they want, and not wait for permission from the owners 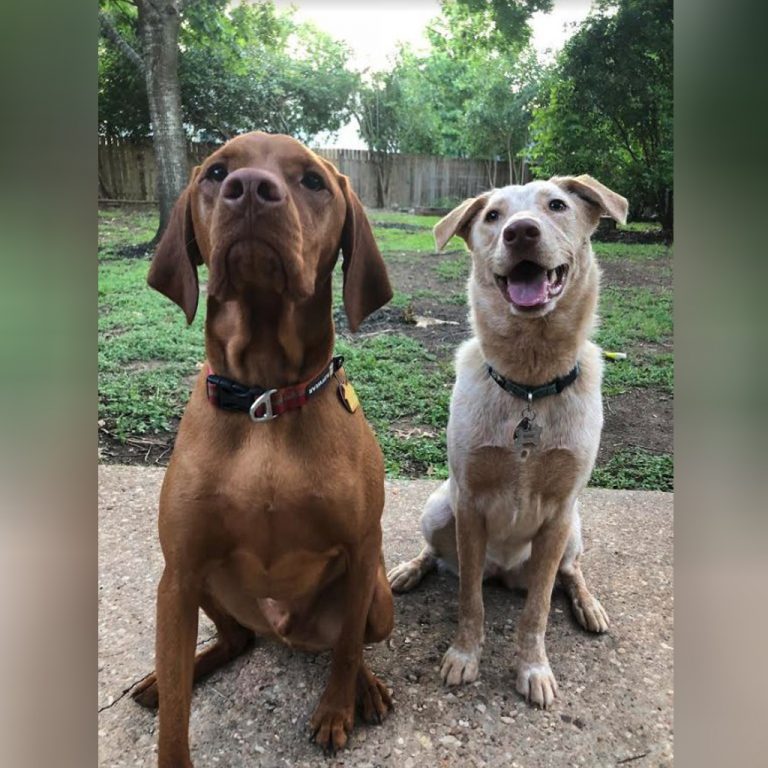 Hailee acknowledges that this may not work in all cases, but it will definitely help neighbors improve their relationship.

After being shot seventeen times and having her ear cut off, a blind dog becomes a therapy dog
Animals
0 296

“They are my babies”: a touching story of a woman who was in search of her pets after the devastating tornado in Kentucky
Interesting News
0 281