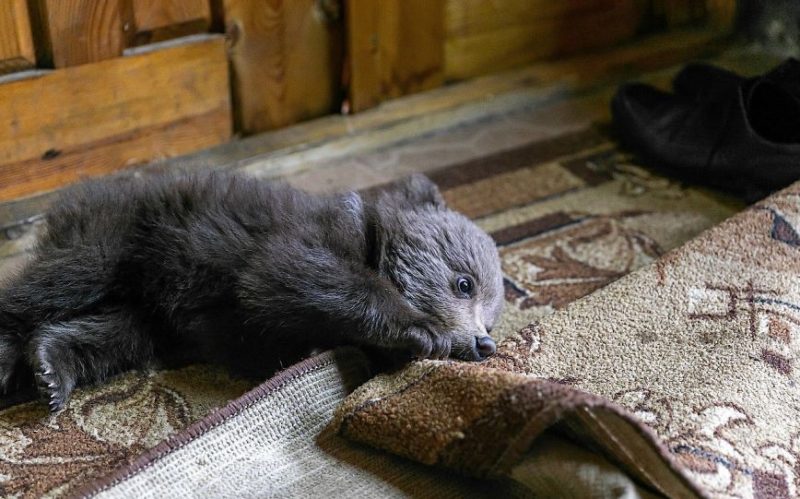 One day, a farmer noticed a little wild animal wandering in their village with the search of food.

Initially, he couldn’t recognize what animal it was, so he approached to have a closer look at it and found out it was a tiny bear cub. The unexpected, furry little guest was hungry and thirsty. 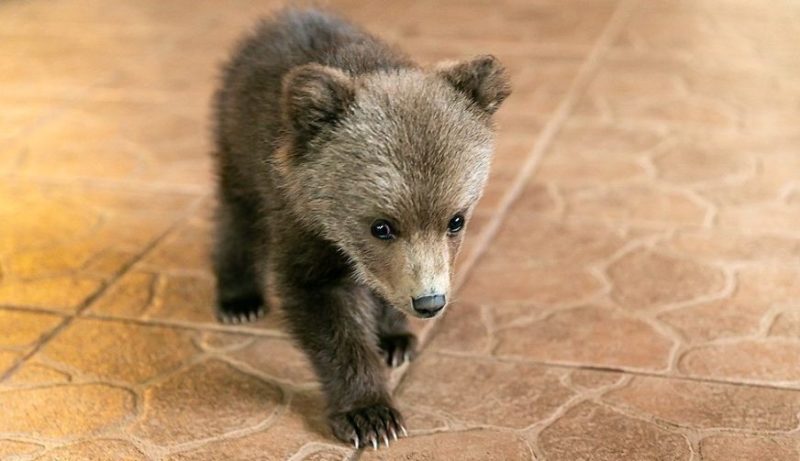 The farmer, Nikolay from Belarus, rescued the helpless and lost little creature and decided to take him to his home and to take care of him.

The bear cub was too weak and young to survive all alone in the wild. Nikolay had also no wish to send him to a zoo, where the poor animal would spend his entire life in captivity.

Nikolay thought that the mother of the cub might be in their surroundings, so he decided to look for her nearby the village and even in the woods with his hunting friends. After two days of search, they had to give up to seek bear’s mom, as it gave no result.

The next step Nikolay undertook, it was to call the authorities explaining the situation and hoping to receive a solution to the question. But he was astonished to hear only advices, which were not helpful. 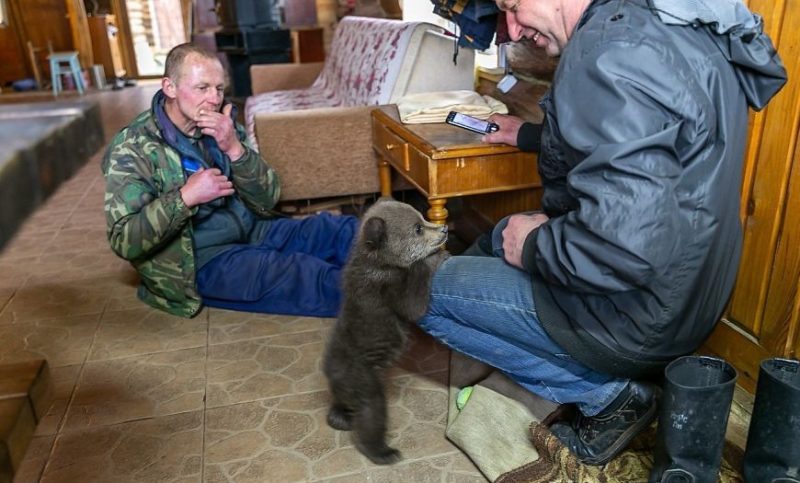 They gave two kind of solutions- to put the little creature down or to release him to the wild. But Nikolay knew that the bear cub would not survive in the wild, and to put him down also was not acceptable for him.

So, the little bear remained at Nikolay’s home, founding not only a forever home, but food, comfort, love and care. He became an extraordinary pet. 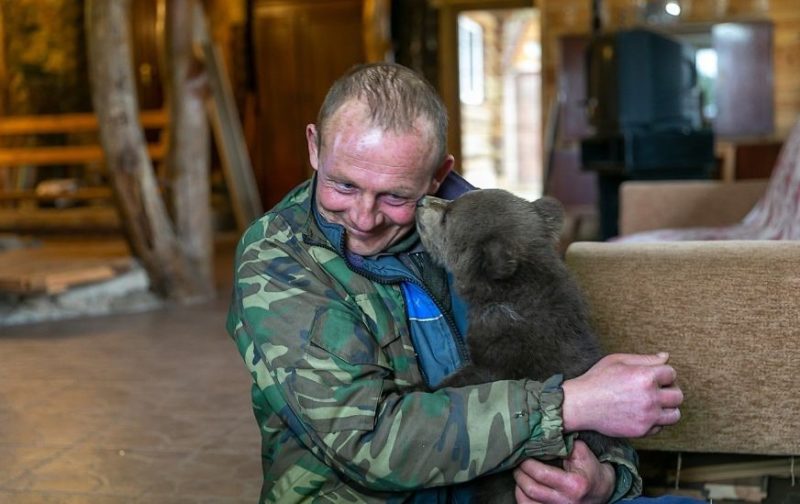 Soon, the village committee gave Nikolay a passport, which verified the legal living of the bear cub in their village. He was called Vasilisa.

Nikolay has intention to build a huge house, where Vasilisa will live in comfort and peace.