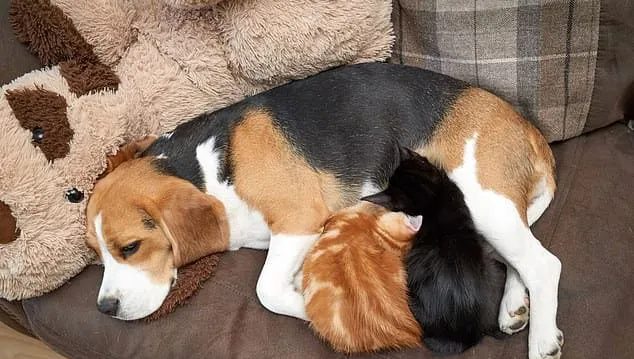 The Beagle is a breed known for its love, loyalty and gentle disposition.

And all these qualities are inherent in a dog from Britain, who replaced the mother to two little kittens. 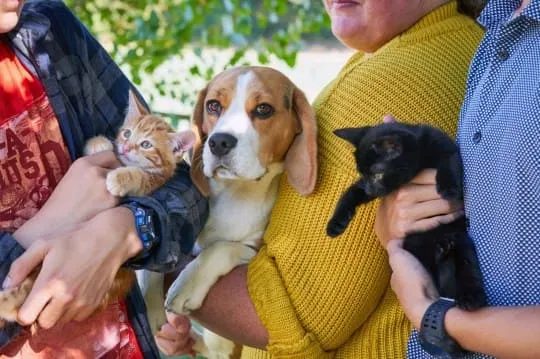 A dog named Daisy lives in the village of Staplehurst in Kent, UK.

Recently, her owner took two little kittens into the family.

The woman was very worried about whether the pets would be able to get along under one roof, but she could not even imagine what would happen.

Beagle not only made friends with the kittens, she became a real adoptive mother for them.

“As soon as we brought the kittens home, Daisy began to take care of them.

She did not let other dogs near them, slept in the same box and always followed them.

Moreover, unexpectedly awakened maternal feelings led to the appearance of milk in the dog, which she now feeds her adopted children.

The veterinary clinic informed us that the kittens were undernourished. 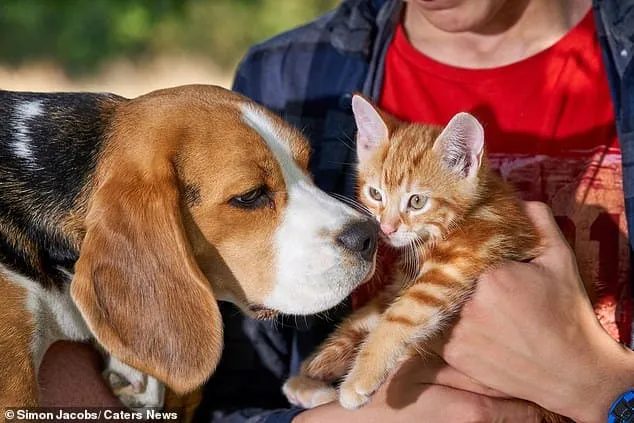 Maybe that’s why Daisy started to milk. We were also assured that dog milk is completely harmless to kittens.

We believe that warm feelings between them will remain when the kittens grow up. And we hope they will also sleep, have fun and play together,” said the woman.

“Skin and Bones”: a stray cat gets rescued, finds a loving home and changes beyond recognition
Animals
0 88

In South Africa, an incredible incident took place that reminded eyewitnesses of a scene from the popular movie The Lion King
Animals
0 298