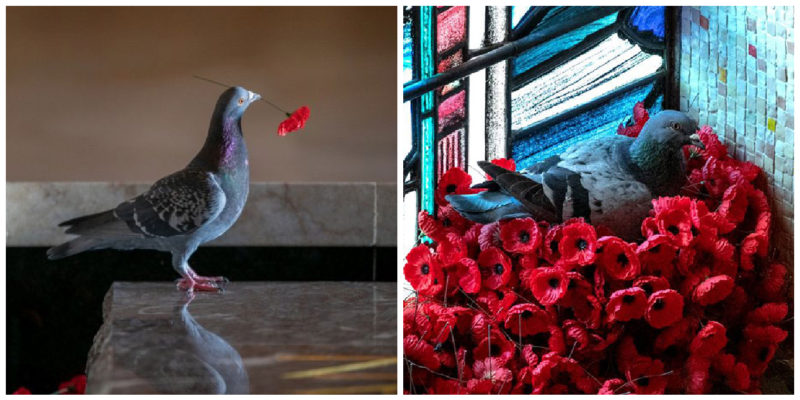 For a long time, the staff of the Australian War Memorial in Canberra could not solve the mystery of the disappearance of poppies from the Tomb of the Unknown Soldier.

Every day, a pigeon flew to the tomb of the Unknown Soldier at the war memorial in Canberra to collect red poppies for its nest in one of the halls of the complex.

This was reported on the website of the memorial. 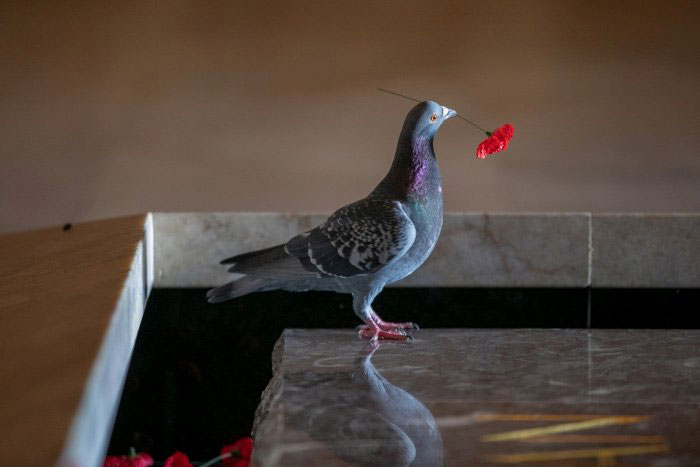 Memorial staff discovered the loss of flowers in early October and wondered for a long time who might need them.

A carefully built nest in a niche above a stained-glass window was noticed by one of the workers and reported to the staff.

The employees did not become angry with the pigeon, because these birds are real veterans. 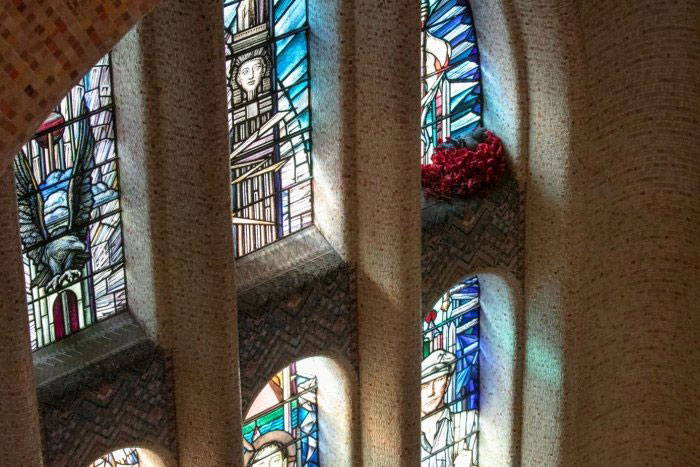 Two Australian pigeons were even awarded a medal for heroism during World War II.

Historian Melia Hampton notes that pigeons were used as messengers during the First and Second World Wars. 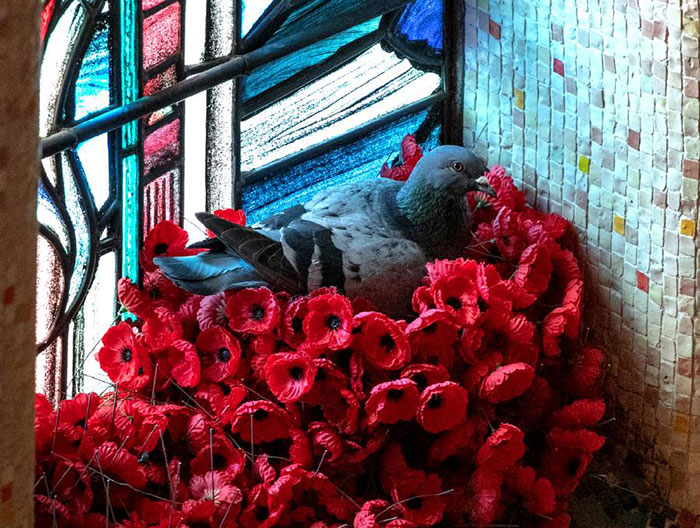 “Whenever we talk about animals in battle, we’re talking about them doing something that people couldn’t do on their own,” Dr. Hampton adds.

“This was especially true during the first two world wars, when communication was extremely difficult.”

A woman went to a shelter with a box to choose a cat for herself, but this beauty decided to get into the box herself
Animals
0 268

Meet the gorgeous Flame Bowerbird, the only flame that won’t destroy the forest
Animals
0 106