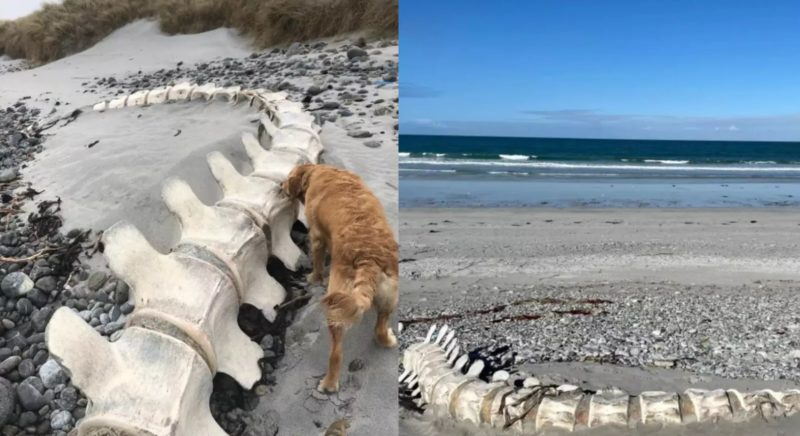 Hannah Burns recently moved with her dog Bonnie to the island of South Uist in Scotland.

After the couple unpacked everything and settled into their new place, she went for a long walk to explore the local beach. 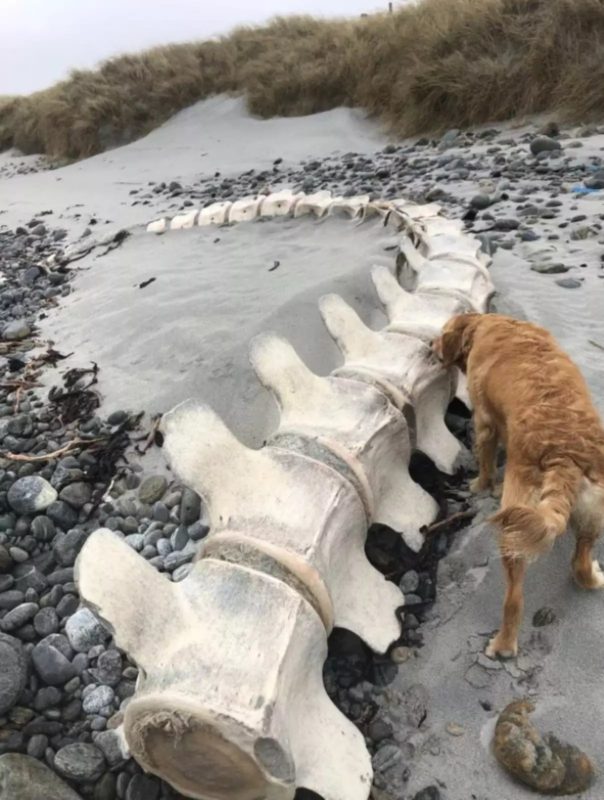 The beach might have seemed ordinary to Hannah, if not for one thing: Bonnie found a giant skeleton on the sand that looked like an exhibit of a paleontological museum.

The dog ran excitedly and sniffed the bones incessantly.

“I think at first Bonnie thought she had a big stick in front of her. She came closer and realized that the stick was too big to be picked up and carried away.” Hanna said.

The girl was so impressed by this unusual find that she immediately took a picture and sent it to her sister Polla Burns so that she could help find out what it really was.

“My sister just moved to South Uist and found this skeleton. Can anyone help identify it?” Polla Burns asked in her social media post.

Polla and Hannah soon learned that the dream of all the shaggy good boys and girls that Bonnie found on the beach was a 30ft spine that belonged to an adult sperm whale. 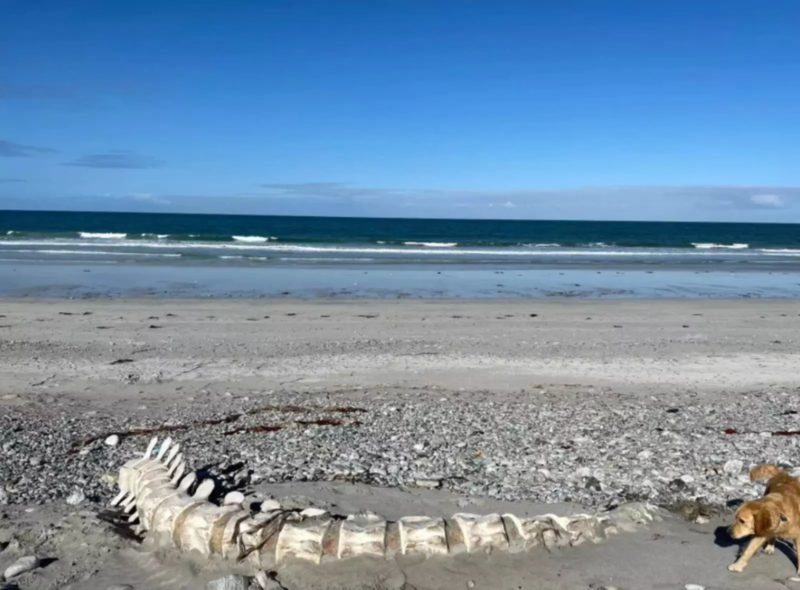 Even though the discovery of a British woman and her dog was not new, it still took the internet by storm when someone shared it on Reddit.

A photo of Bonnie with a huge sperm whale spine instantly went viral and received a lot of views and comments.

Rescuing a freezing dog, volunteers found out that her little puppies were hiding in the pipe from the cold
Animals
0 203

In South Africa, an incredible incident took place that reminded eyewitnesses of a scene from the popular movie The Lion King
Animals
0 323

An army veteran learns how to fly, buys an airplane and flies across America to save more than 1,500 animals from shelters
Animals
0 320