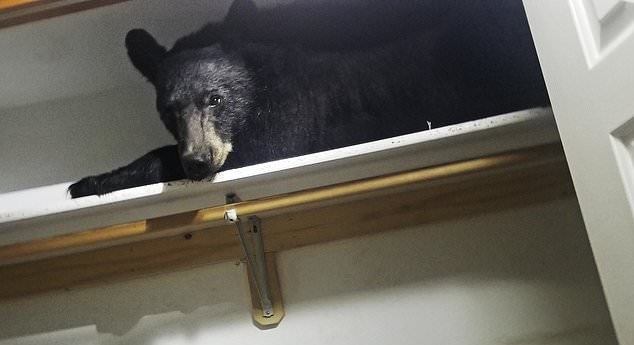 A married couple found a black bear in their home on Friday morning.

The animal made its way into the house and fell asleep on a shelf in the closet.

The police did not even manage to move the bear.

Early in the morning, according to police reports, the bear opened the front door of the house, went inside, after which, in some unimaginable way, managed to lock the door behind him.

The bear smashed the hallway a little and went to sleep in the closet. 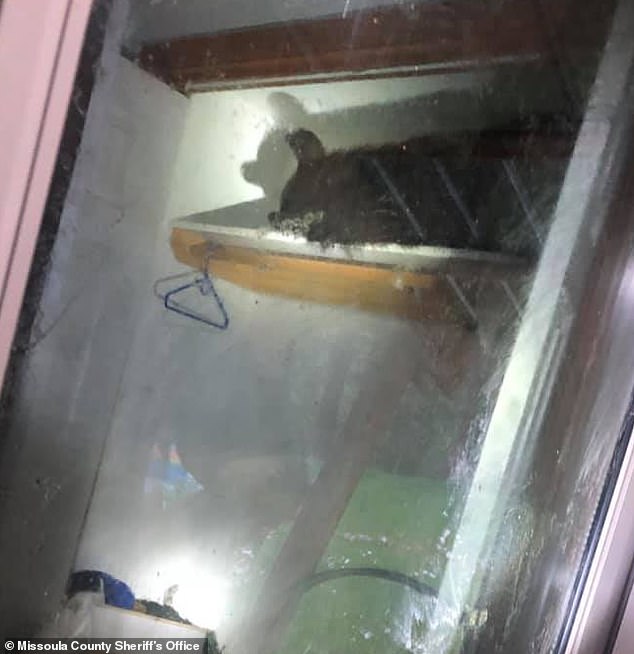 Seeing the intruder sleeping on a shelf in the closet, the owners of the house called the police.

The police tried in every possible way to lure the intruder out of the closet. But in vain, the bear was still lying on the shelf and yawning.

He slowly stretched and yawned, and looked indifferently at the door. 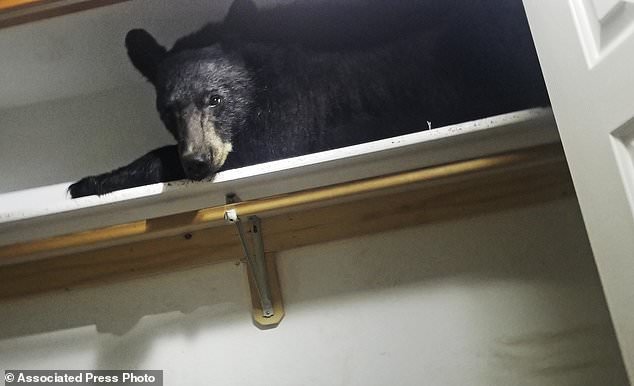 The sheriff’s deputies opened it in the hope that the bear would jump off and leave.

However, their attempts were accompanied only by prolonged bear yawns, writes the sheriff’s offices on the social network.

The bear got a tranquilizer dart. He was safely transported to safety and released back into the wild. 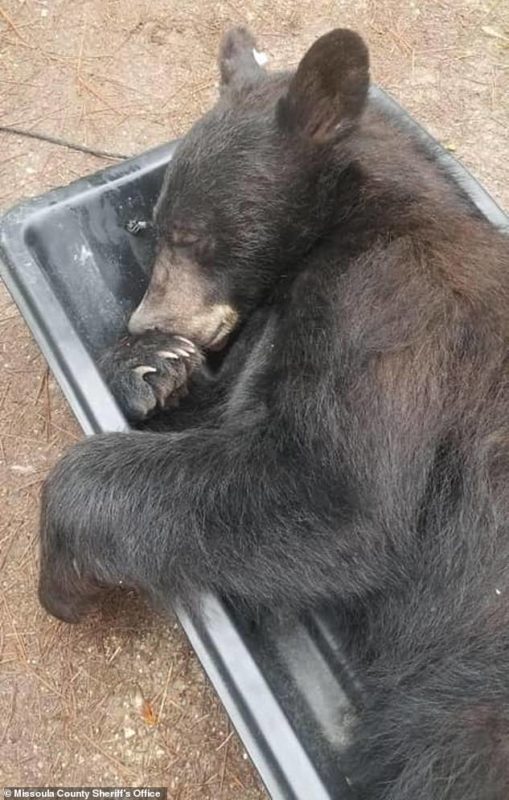 The police joke that the she-bear apparently did not let the bear sleep in the forest, keeping him busy with work with the cubs.