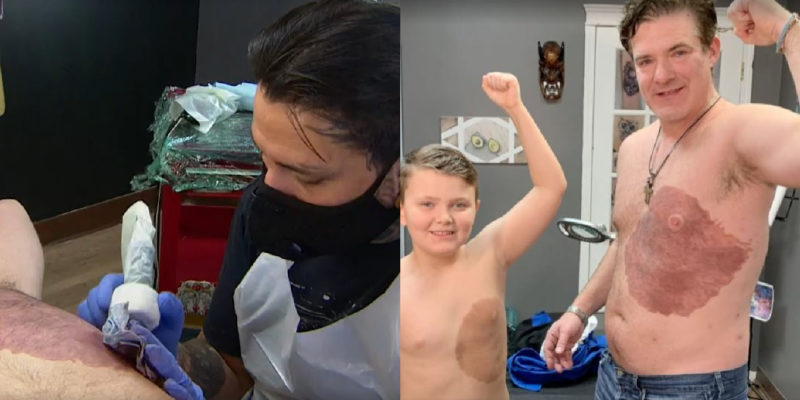 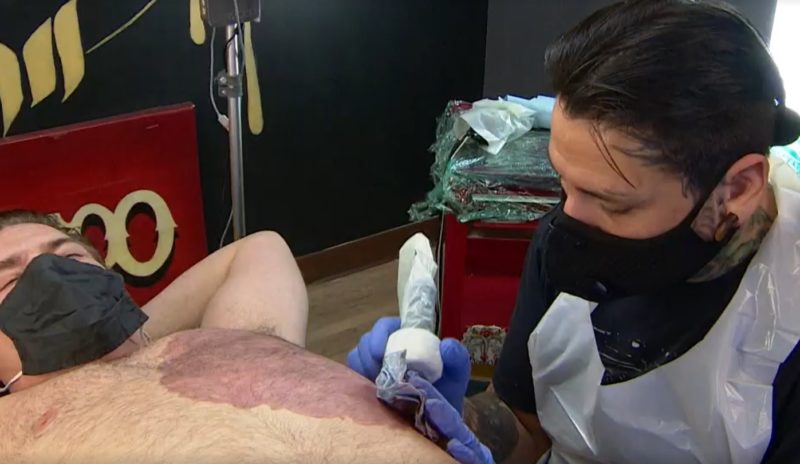 Derek Prue Sr. got a tattoo similar to his son’s birthmark so that he would be less embarrassed about his features. The father made this decision the moment he noticed that his child was refusing to take off his T-shirt in the pool.

He was always proud of his mole, and then I noticed that he began to hide it. I thought he was getting a little shy of it. And then I wanted to make myself the same birthmark, so that he knew that he was not alone, Derek Sr. said. 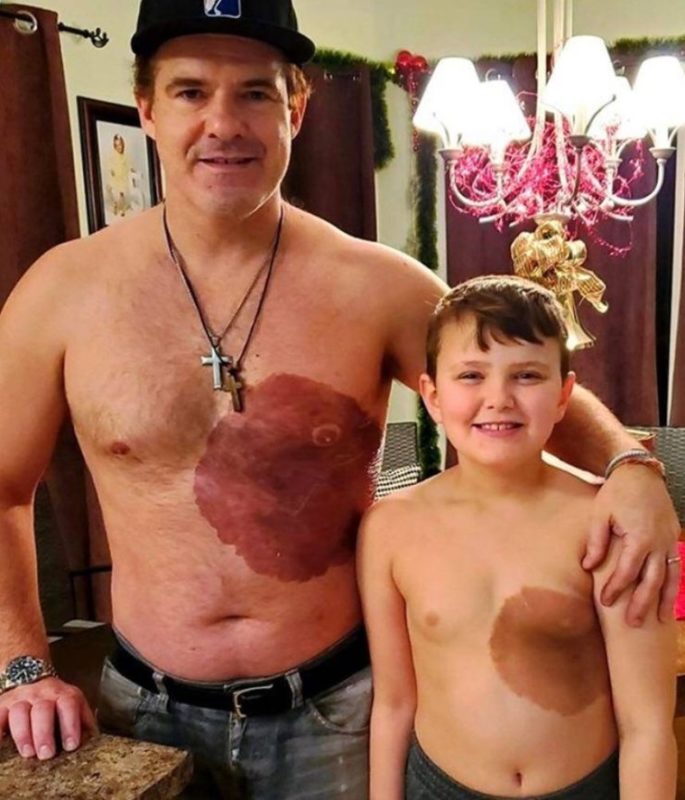 The man boldly went to the tattoo parlor Juicy Quill Tattoo, but was not quite ready for what he would have to endure.

“I thought it would be one session. But the supposed few hours turned into about 30 hours. The first session lasted about four hours. Then I asked, “Are we almost done?” And the tattoo artist said, “Yeah, I’m almost done with the sketch”” Derek Sr. recalls.

Derek Sr. managed to show off his tattoo to his son when the whole family came back to the pool. The father took off his T-shirt and showed that now he has the same mark on his body.

The child could hardly believe his own eyes, but he was very happy. He had no idea that dad was going to do something like that. The boy also decided to take off his T-shirt to compare how much his mole is similar to his father’s tattoo. 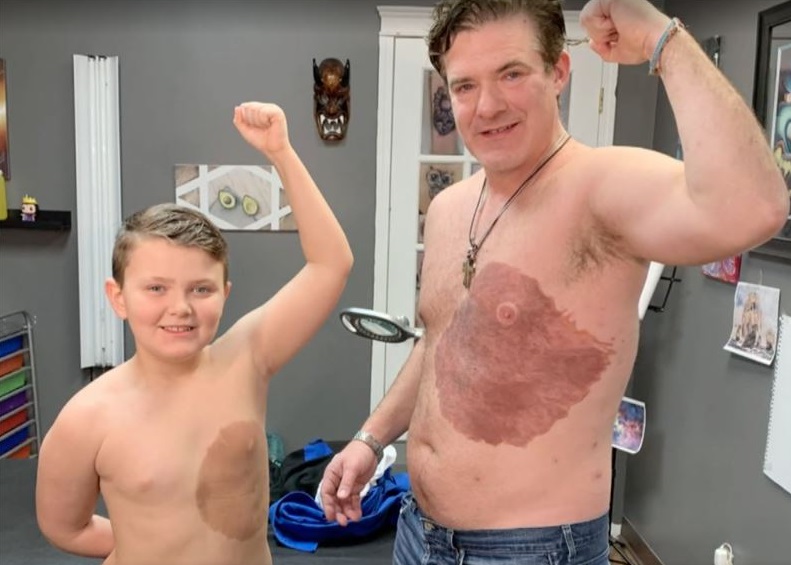 Now Derek Jr. feels much more confident and is not ashamed of his birthmark. All the torment of his father in the tattoo parlor was definitely worth it.

The woman saved baby ravens and when trouble happened to her son, the mother raven returned the debt
Animals
0 535