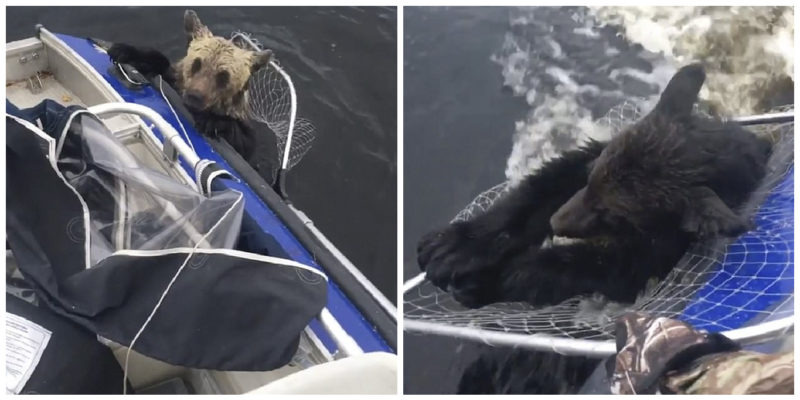 A she-bear and two cubs swam across the lake in the Republic of Karelia, Russia.

But halfway through, the mother realized that she had overestimated her strength, and turned back.

But the cubs continued to swim for some time, and then they began to drown.

The fishing boat was nearby, and the cubs realized that this was their only salvation!

They clung to the boat with their paws and teeth as best they could, and their eyes begged for help. 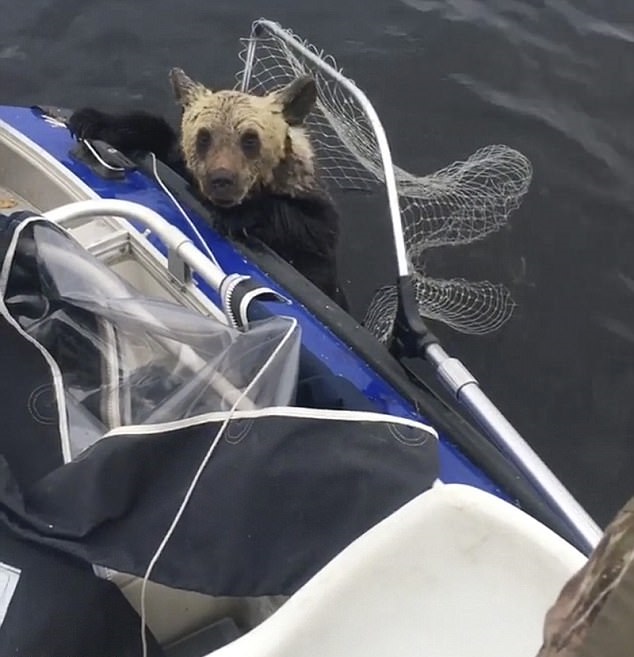 Of course, the fishermen were afraid of wild animals, but they saw that the bears just wanted to be saved.

Ruslan Lukanin, one of the fishermen, says:

“They were swimming with their mother, and suddenly we saw that she was tired and swam back. And the cubs began to drown. We dragged them out with difficulty and took them to the island where their mother was heading.

Of course, it was scary, of course, this is a dangerous action. But they are living beings, we could not abandon them, could not pretend that we did not see them”. 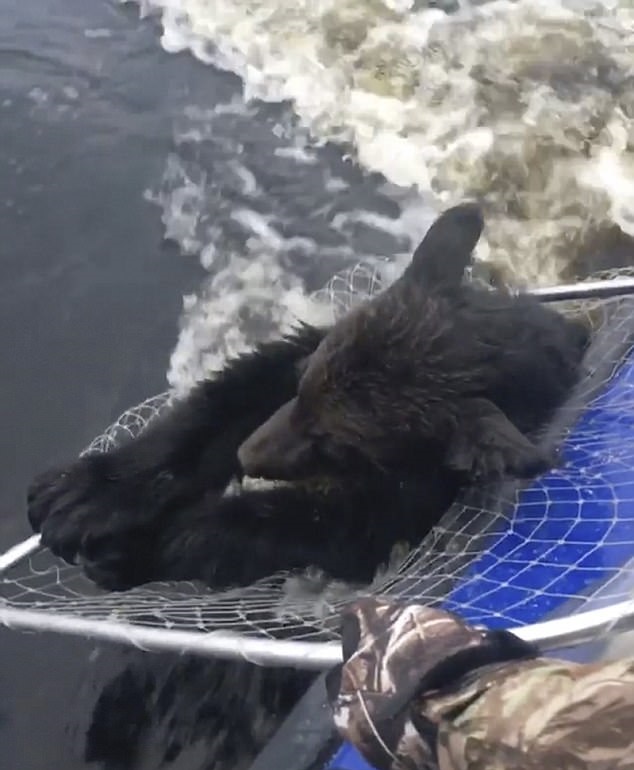 The cubs clung to the boat on their own for some time while the fishermen were assessing the situation.

One of the cubs was pulled into the boat with a net, while the other held on to the net in the water while the men guided the boat towards land.

All this time, they talked to the bears and cheered them up like children.

Perhaps this also helped the bears to gather all their strength – they felt and saw that people were helping them and wishing well.

The fishermen took the cubs to one of the islands – there, as they saw, their mother swam away. 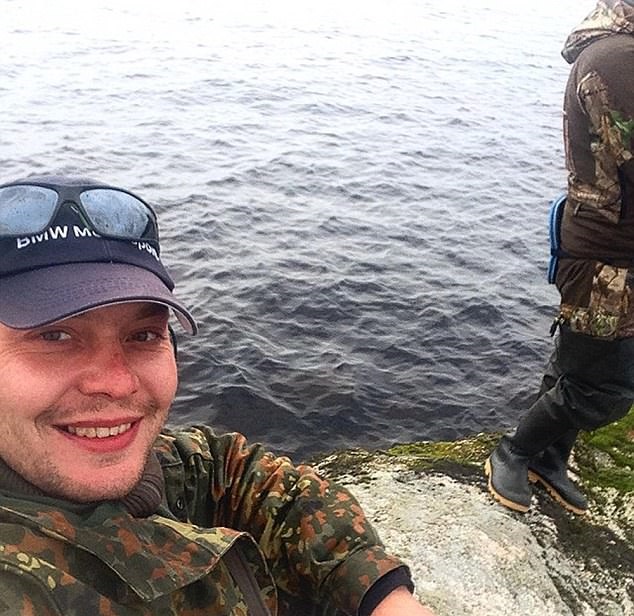 They hoped that the bear would soon be able to find her babies and help them recover from the ordeal.

“They were terribly exhausted and could not even walk on their own. We hope the mother will find them and help them to get over it,” say rescuers of bears.

The couple wanted all the eight dogs they rescued to sleep on the bed with them, so they built a giant bed
Animals
0 307