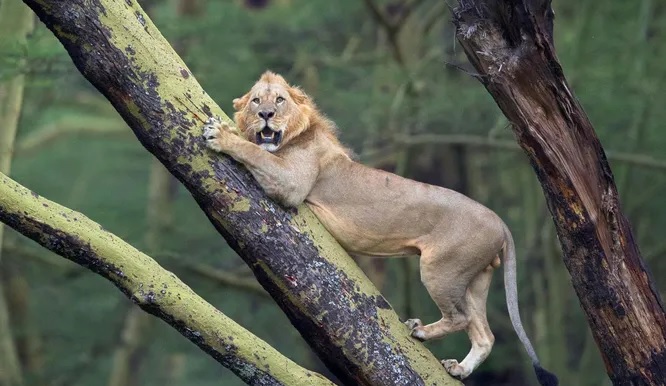 African black buffaloes are included in the diet of lions, but everything is decided by their number.

If a predator fails to fight off a weak animal from the herd, he himself can become a prey for artiodactyls.

In the situation that unfolded before the eyes of the photographer, luck was on the side of the buffaloes. 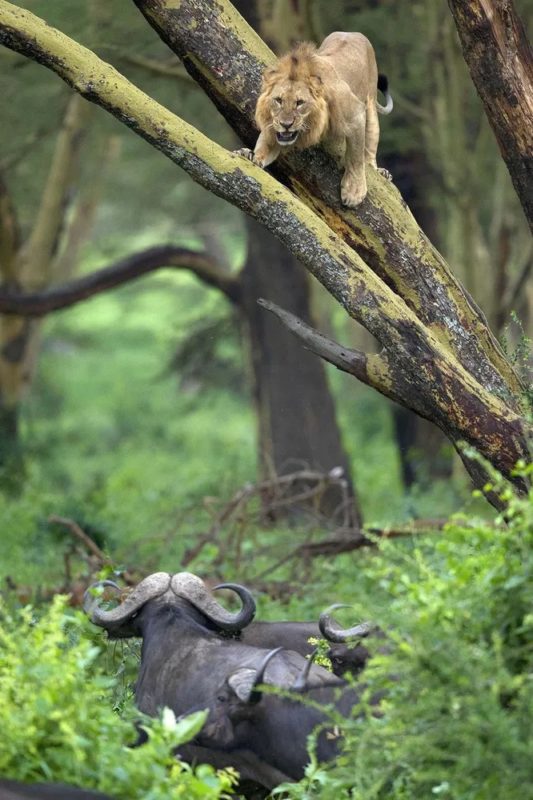 A hundred angry animals threatened to trample the lion or pierce him with horns. So the predator had to escape by climbing a tree.

However, this could not completely protect him. The weight of his body pulled him to the ground, and the king of beasts kept rolling down.

Realizing that the shelter was unreliable, the lion growled at the herd and waved away with a paw with sharp claws, hoping to disperse the cloven-hoofed animals. 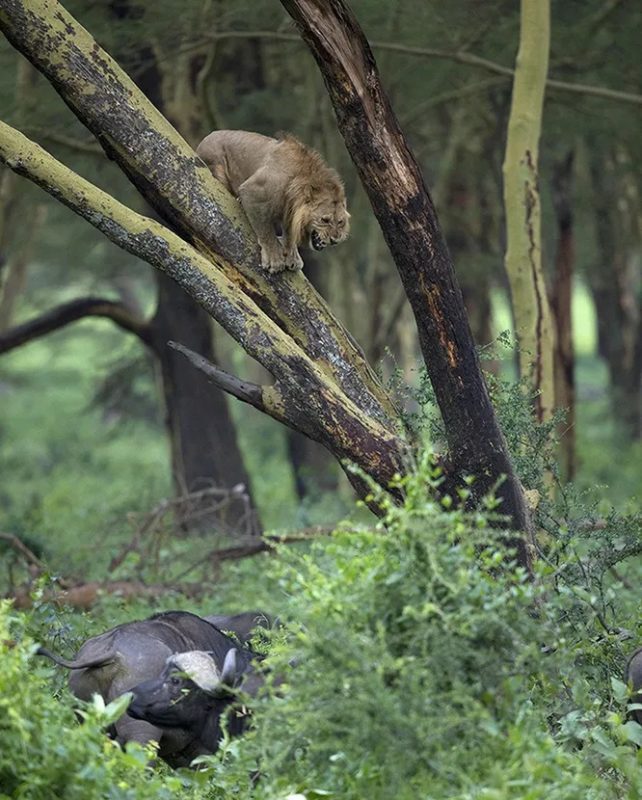 “It was a game of patience. One wrong move, and the lion would fall victim to angry buffaloes,” Neelutpaul recalls what happened.

The predator was lucky that day.

After waiting by the tree for some time, the buffaloes lost interest in the predator and left.

Catching his breath and regaining consciousness, the lion jumped down and ran away.

“You rarely see this in the wild. I was fascinated by a rare moment that I was able to observe with my own eyes.

I tried to calm down and just enjoy what was happening, as well as take more shots that would do justice to the opportunity given to me,” says Neelutpaul.

The Scottish SPCA rescued the adorable tiny baby badger Lavender, which was lost in the forest
Interesting News
0 345

“They are my babies”: a touching story of a woman who was in search of her pets after the devastating tornado in Kentucky
Interesting News
0 322