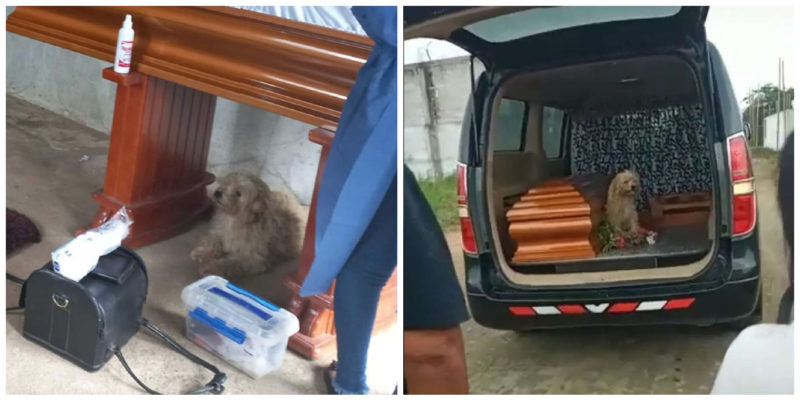 Maria Isabel Benites Chamba was 95 years old when she passed away.

The funeral was attended by her entire huge family, all her friends – but some insisted on doing more. 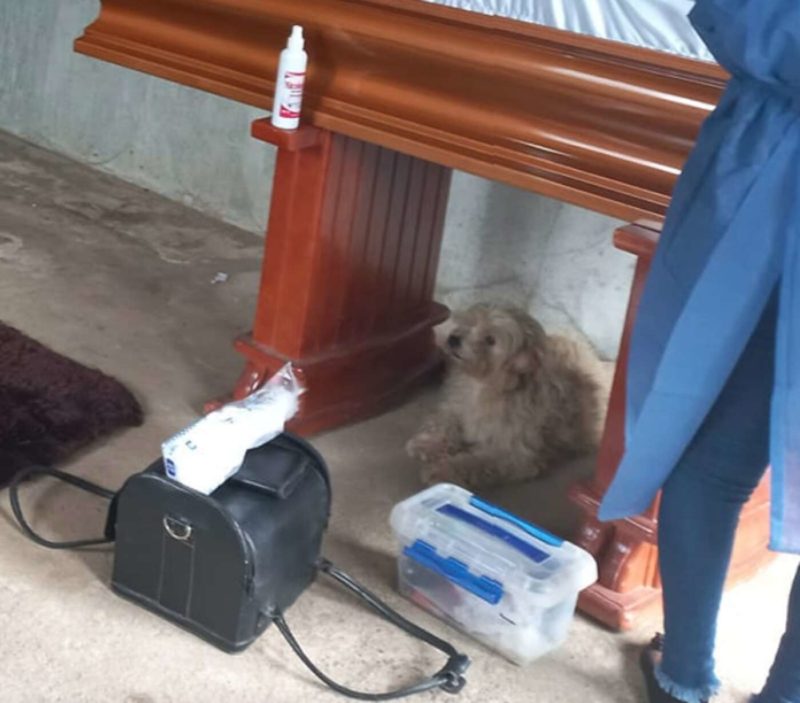 He refused to leave his owner, as if he did not believe in her death.

While the commemoration was going on, Bumer stayed by her side.

In exactly the same way as he behaved while Maria Isabel was alive: he accompanied her in the kitchen, for a walk and in the bathroom, sat at her feet while she relaxed in an armchair, and when she went to bed, he went to bed with her.

Now, when Maria fell asleep forever, he settled down next to her coffin.

When the commemoration ended, the guests of the funeral ceremony prepared to see off Maria Isabelle on her last journey.

Boomer was already there.

He sat in the back of the car, at the coffin, among flowers and wreaths.

The dog insisted that he also should participate in the procession.

Before jumping into the hearse, he walked around the car, as if to say: “I also need to say goodbye to my mom.”

It was evident how heartbroken Bumer was, but he clearly did not intend to leave his mom – as long as it was possible. 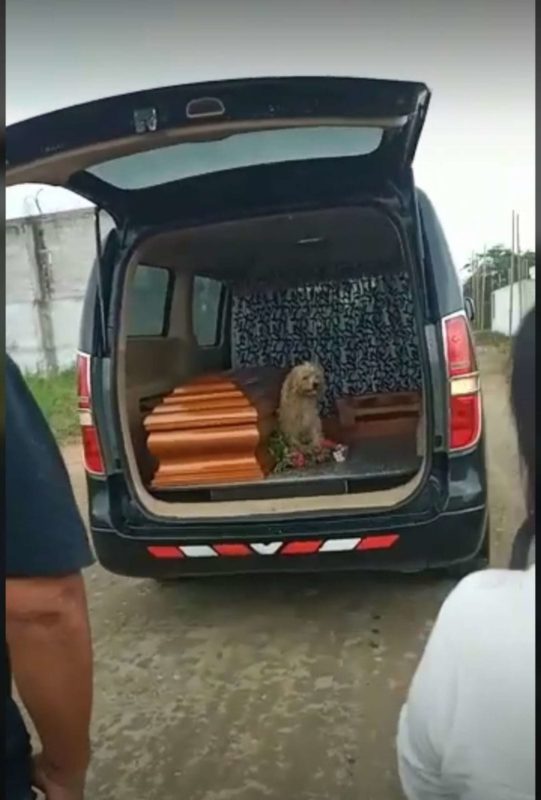 He stood near the grave, surrounded by relatives and friends of the one who was no longer there.

His heart was broken – and it’s just a miracle that the dog could withstand such grief.

But we hope Bumer can heal.

After all, he is not left alone – now all the relatives of Maria Isabel are with him, and they will be happy to accept into the family the one who loved her so much.