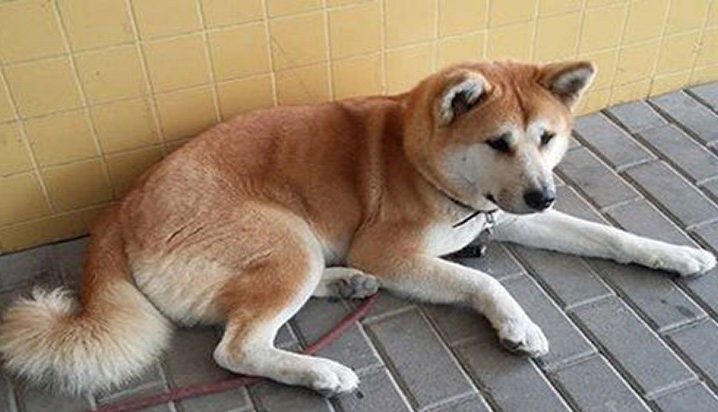 The love between 22-year-old Sandra Iniesta and two-year-old Akita Inu named Maya began as soon as the girl saw the dog in the shelter.

Since then, the couple has hardly parted. 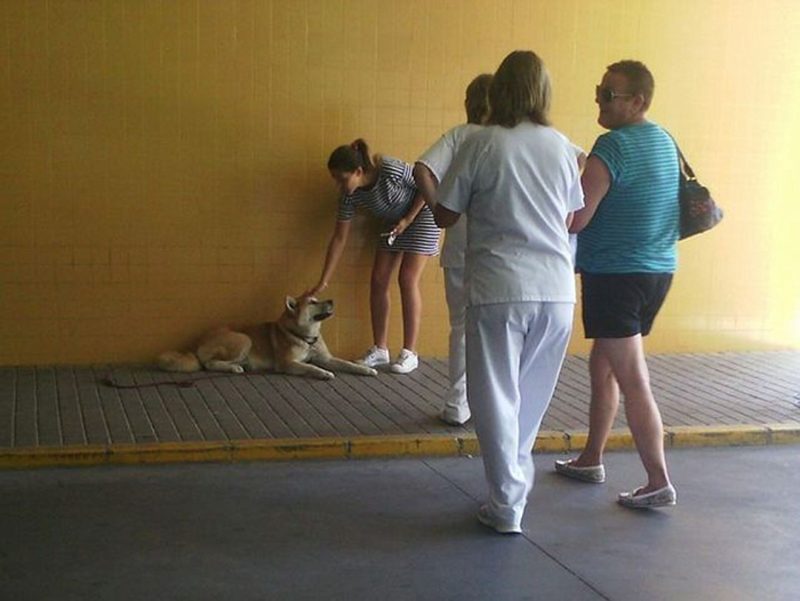 The girl sometimes even took the dog to work, it was too painful for the dog to miss her on weekdays.

But the moment when the owner of Maya felt bad happened on the weekend.

They decided to get out to the sea together, but on the way, in the car, Sandra’s stomach began to hurt sharply.

The girl had to come to the hospital, where she was urgently hospitalized and had an operation to remove her appendix.

Sandra’s father, who was called to the hospital, tried to take Maya home, but the dog began to whine plaintively and did not budge.

“She is a full-fledged member of the family, so she behaves that way,” said Andreas Iniesta.

And all week, while Sandra was recovering from the operation, the dog was waiting for her near the clinic.

The girl’s father daily brought food to a devoted pet, but no longer made attempts to take her home.

When Sandra was discharged from the hospital, the first thing she saw when she left the clinic was her joyful dog.

There was so much joy at the sight of the owner that Sandra even had to calm down the pet, which jumped and wagged her tail happily.

It should be noted that during that week, the clinic staff took pictures and made videos with the Spanish “Hachiko”, and soon Maya became a social media star.

Soon, one of the local TV channels filmed a story about her.

Meet Winnie, the Cocker Spaniel that looks like a real-life Disney character
Animals
0 122
Our Top Posts