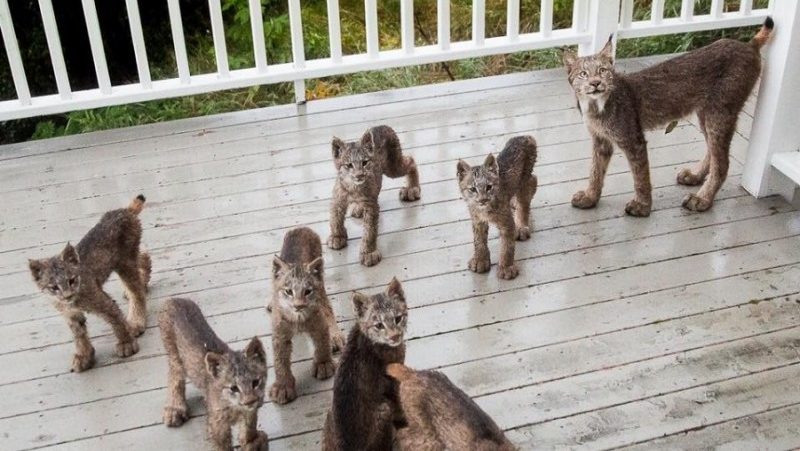 Alaska resident Tim Newton woke up in late September to the sound of something scratching at the front door. 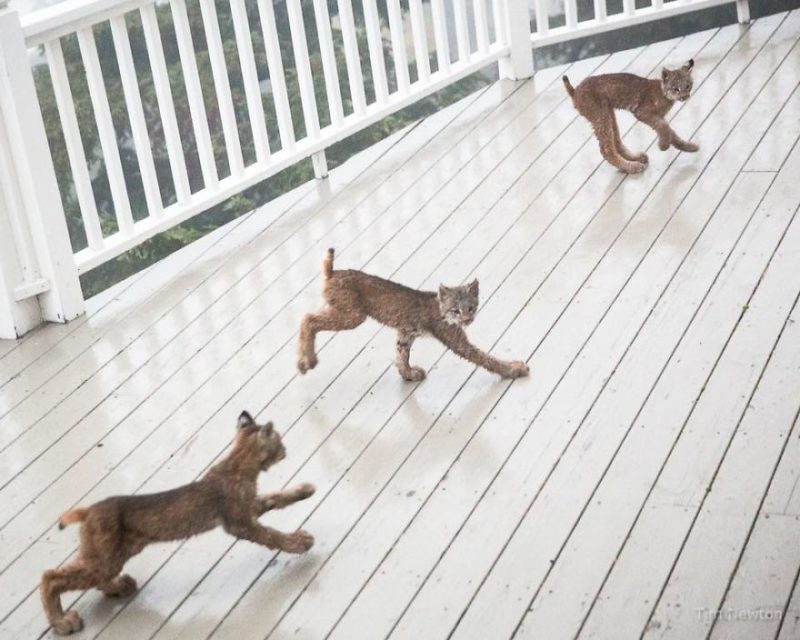 Since Tim’s house is located next to the forest, he thought that a wild animal came to him, maybe even a bear.

But when he cautiously looked out the window through the curtain, he was surprised to see a multitude of baby lynxes and their mother there. 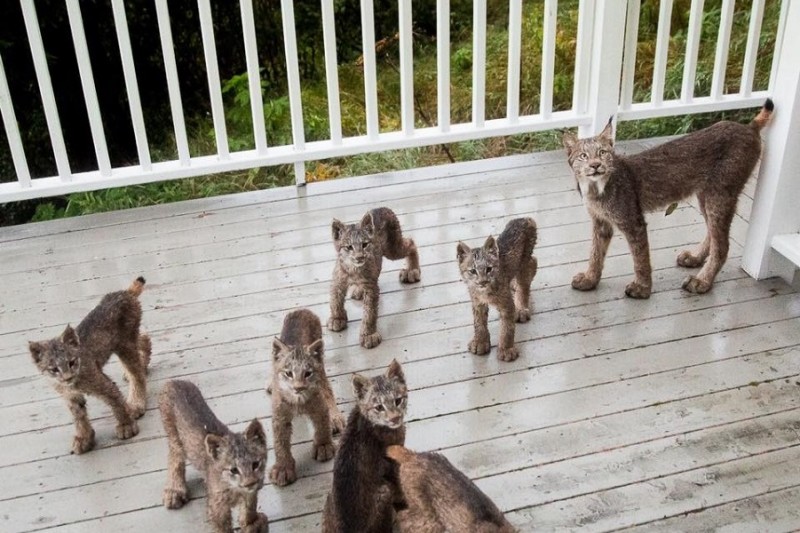 Tim Newton is into wildlife photography, so his equipment was close at hand, and he quickly began filming seven lynx cubs playing on his porch and their mother sitting and watching her cubs.

The lynx cubs, meanwhile, were playing and chasing each other. 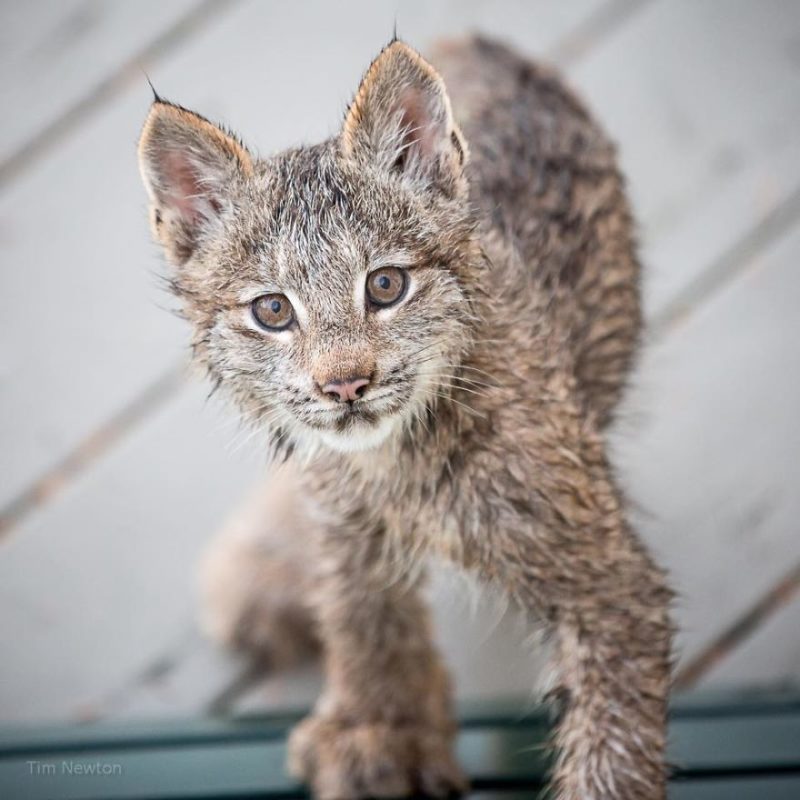 – They ran back and forth, pretending to attack each other. And all I did was press and press a button on the camera, taking pictures and rejoicing at my incredible luck. The lynx cubs were very cute.

While Tim was taking pictures, the lynx and her cubs completely ignored him. 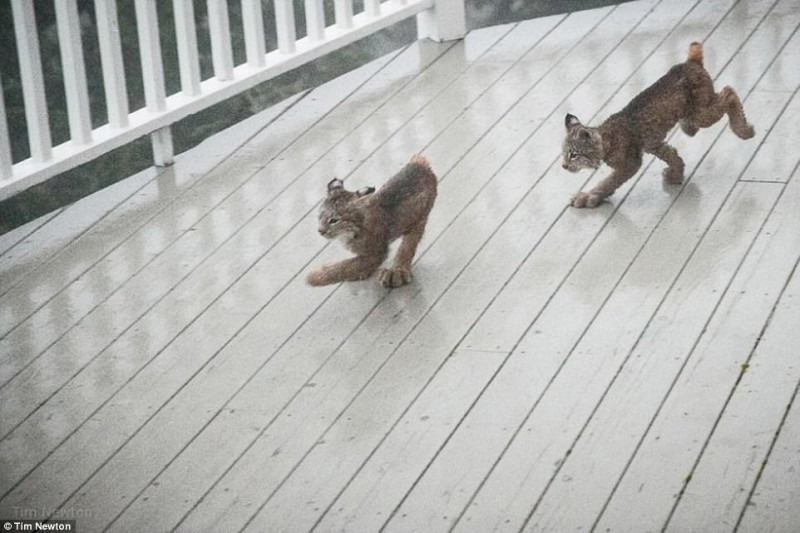 According to the man, they probably did not see his face because of the camera. But as soon as he removed the camera, the lynxes saw his eyes.

They immediately got alarmed, and the mother went to take the lynx cubs away from the house into the forest. 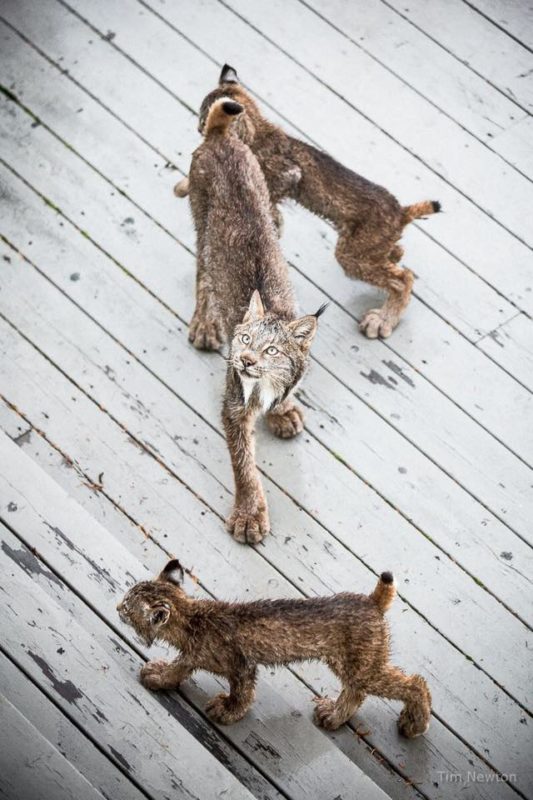 In total, they spent about 40 minutes on Tim’s porch.

Tim posted the taken photos on his Facebook page, and they quickly spread across social and the world media.

The dog lived on the street and now has almost half a million followers: the story of a food blogger dog
Animals
0 261