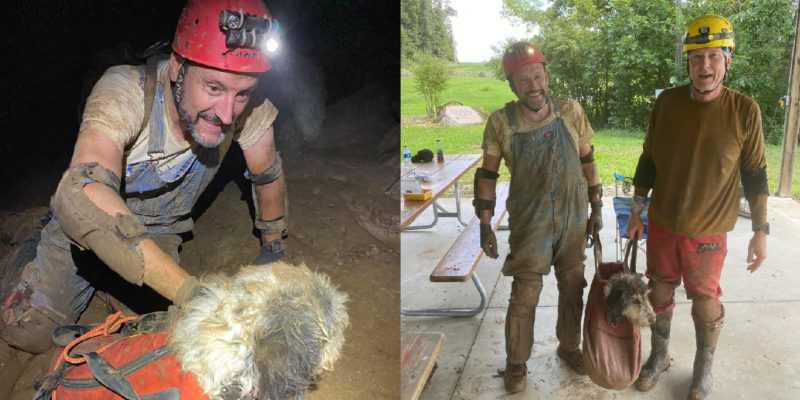 Sometimes missing dogs are found in the most unexpected places.

For example, this dog that went missing two months ago was found in a cave. 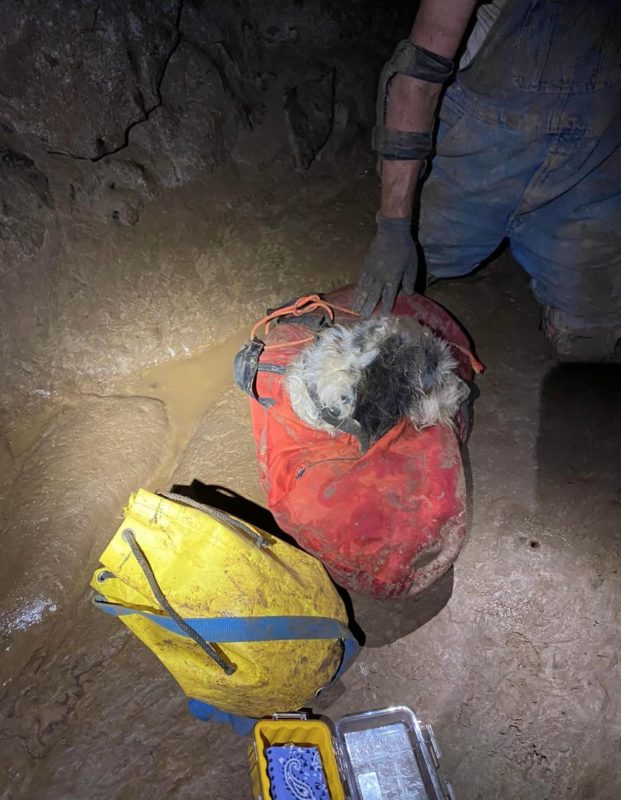 Cave divers entered a cave in Perry County, Missouri. This cave is considered the second longest in the state. Its length is about 25 miles.

One of these divers, Rick Haley, shared the survival story on Facebook. In this cave, the group found the dog completely alone. She was clearly lost and not in the best shape. 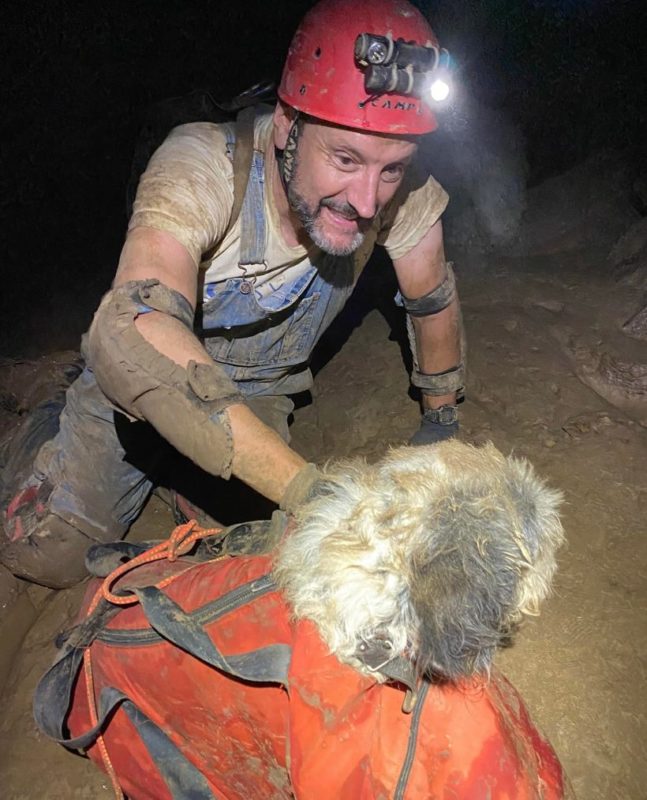 Rick and his colleague Gerry Keene helped rescue the dog and get her out of the cave by packing her into a duffel bag.

They lifted her up a 500-foot vertical climb, hand-to-hand, all the way to the surface.

The dog was happy to be outside. It was evident that she was grateful for the help and easily made contact.

When the group left the cave, they began searching for the owner and found her. It turned out that the dog’s name was Abby, and she went missing back in June.

There was no news from the dog for two months, and it is not clear how long she spent in the cave. 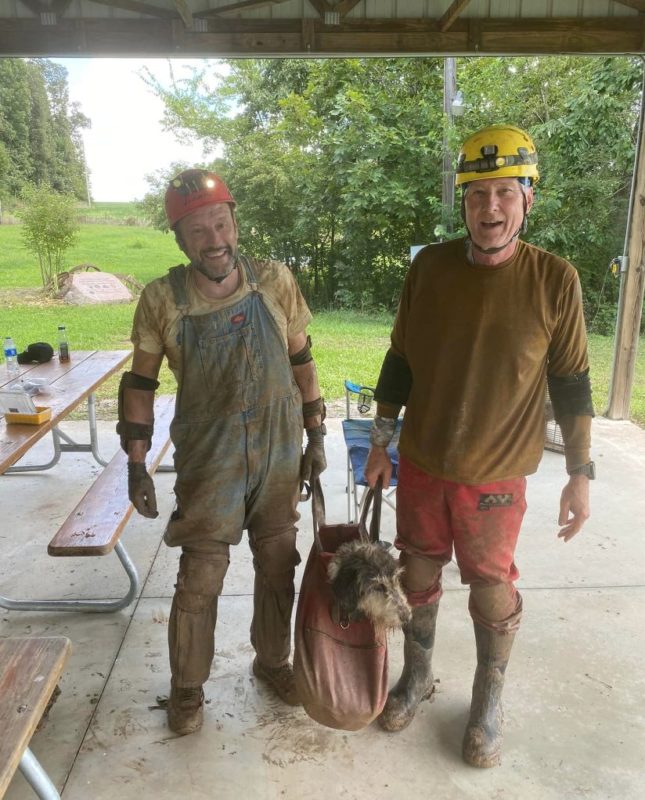 It was amazing that she was able to survive. Nearby, there was water with fish and crayfish, which Abby probably fed on. Moreover, she was in complete darkness.

She was happy to return to her family and finally be home.

9-year-old boy began to feed homeless animals: now he is 13 and has his own shelter
Interesting News
0 50