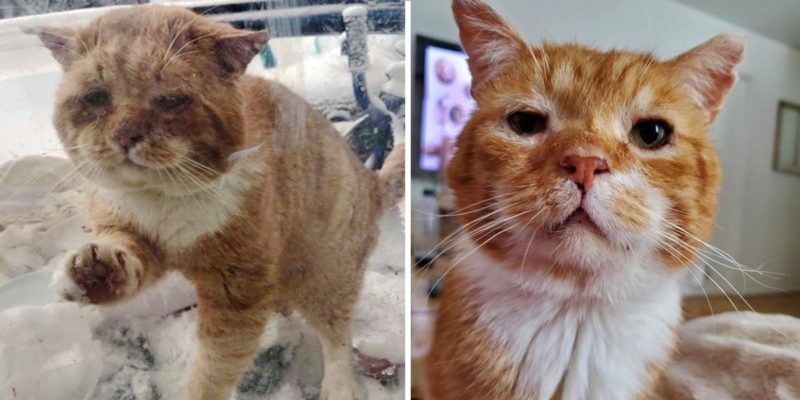 Heartbreaking scene, a ginger cat was pawing at a door asking for help.

Fortunately for this sick and cold cat, he chose a right door to beg for help, as the owner of that house was a kindhearted woman, who let the poor cat in without hesitation. When a Valentine’s Day, this woman from Quebec, hearing a strange noise from the outside, rushed to the door of her house to investigate what’s there, she, surprisingly,  noticed a helpless cat  asking desperately for help.

The scene was just heartbreaking. The poor cat looked cold and sick.

The kind woman opened the door immediately and let the poor creature in, meanwhile managing to take some pictures of him, which she later sent to Marie, the owner of a rescue shelter.

Marie Simard, seeing the photos of the cat, asked the kind woman to take the cat to her clinic.

So, after 30 minutes, she was already there. The cat was in miserable condition.

After vet’s check up, they found lots of sicknesses the cat was suffering, as frostbite, rotten teeth, fleas and some open wounds.

He also had skin allergy and diabetes. 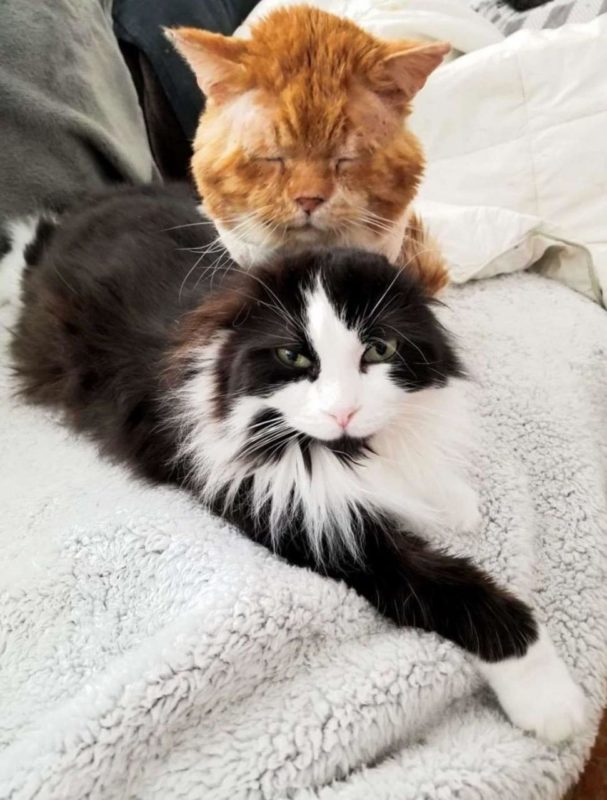 The staff named him Aslan, who, despite his bad condition, was so grateful, easygoing and friendly to all the workers of the vet, that the staff doubted he is not actually a stray cat, but an abandoned one.

Aslan with his numeral sicknesses couldn’t have survived the cold winter, luckily, he knocked at the right door for help, which came in time, changing his life forever.

Aslan had also eyes issues and needed an undergoing surgery. 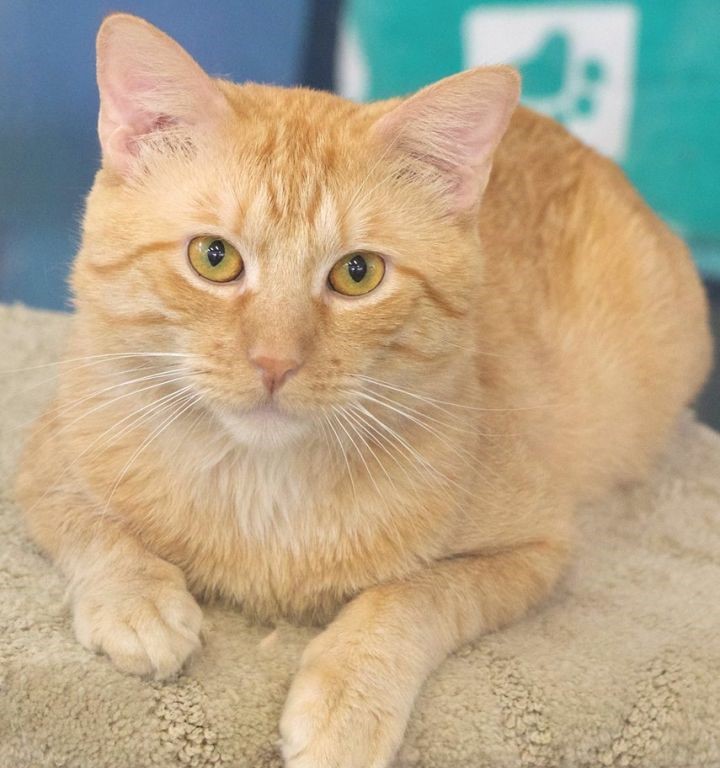 Day by day, Aslan looked better. He was very affectionate and kind, who befriended two other saved cats at the shelter. He seemed to forget his outdoor bad life, as he didn’t want to go outside.

Aslan liked to nap on his beloved pillow and loves to cuddle, as well.

Let’s be in hope that this brave cat will overcome all his illnesses and soon will get recovered and adopted, finding a forever sweet home.

This photo of an African boy has gone viral: look at how his life turned out
Interesting News
0 152

Meet Frank the Peacock, the bird that traveled over 600 miles in pursuit of love
Interesting News
0 146

These twins were born with different skin colors: see what they look like 20 years later
Interesting News
0 177