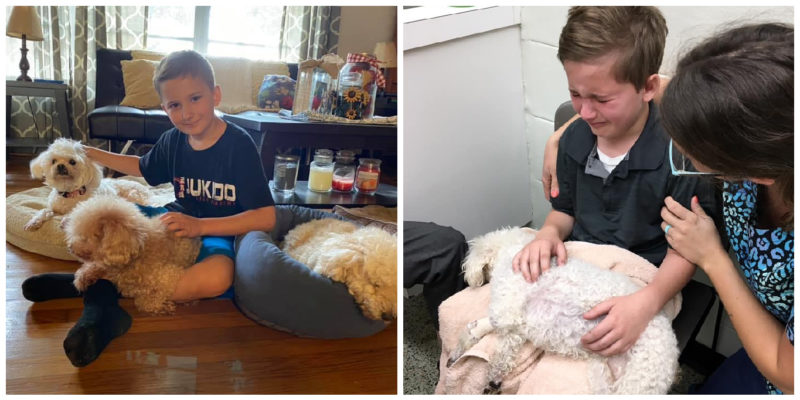 In the guardian family, 8-year-old Robbie had a hard life. He was constantly humiliated there, he was beaten and abused from birth. 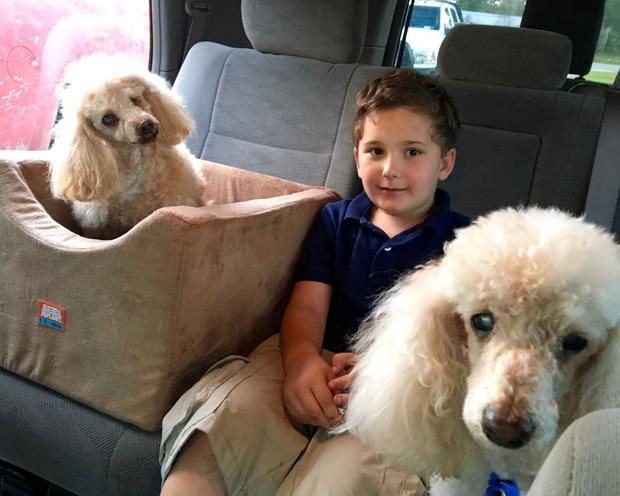 Then the boy was taken and adopted by another family, Maria and Charles Gay, who always had pets in their house.

Moreover, they always tried to take older dogs from shelters, who rarely managed to get into foster families because of their age.

And the boy taken into the family was touched by such an attitude towards orphaned animals, fully appreciating it. 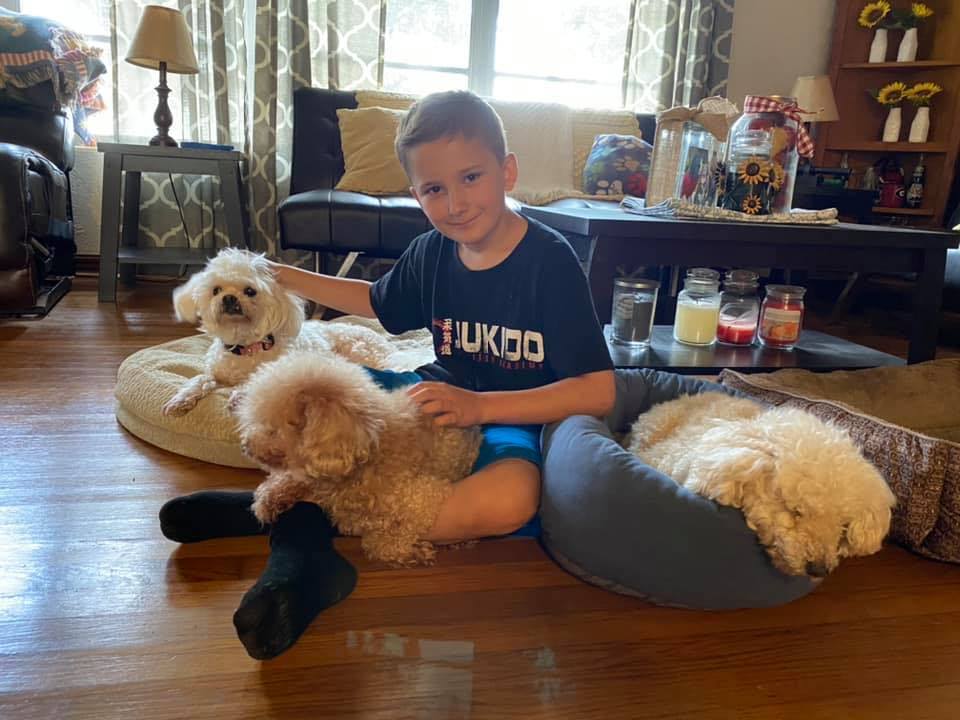 An elderly dog, chosen by Robbie, was named Buffy and taken into the house.

One day, at an appointment at the vet clinic, it turned out that Buffy had tartar, which caused him torment. 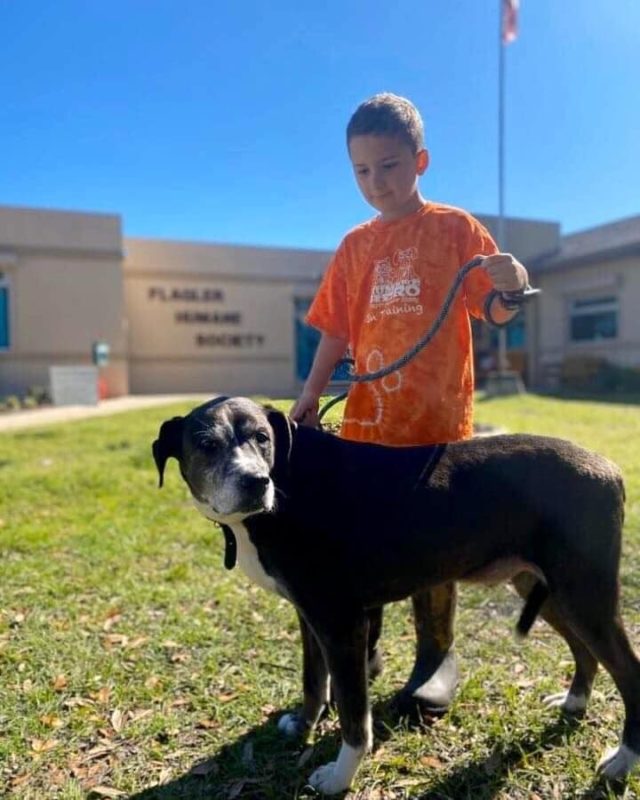 But at the same time it turned out that the dog would not survive either anesthesia or sedatives – he was too old, and he still had irreversible changes in the kidneys.

And the only way out is painless sleep.

Frustrated, Charles and Maria decided not to hide from Robbie that Buffy had little time left to live.

Maria followed the boy to school, and she was touched by how he reacted to the sad news.

Robbie said that he would like Buffy to go to the rainbow without pain and torment and just fall asleep. 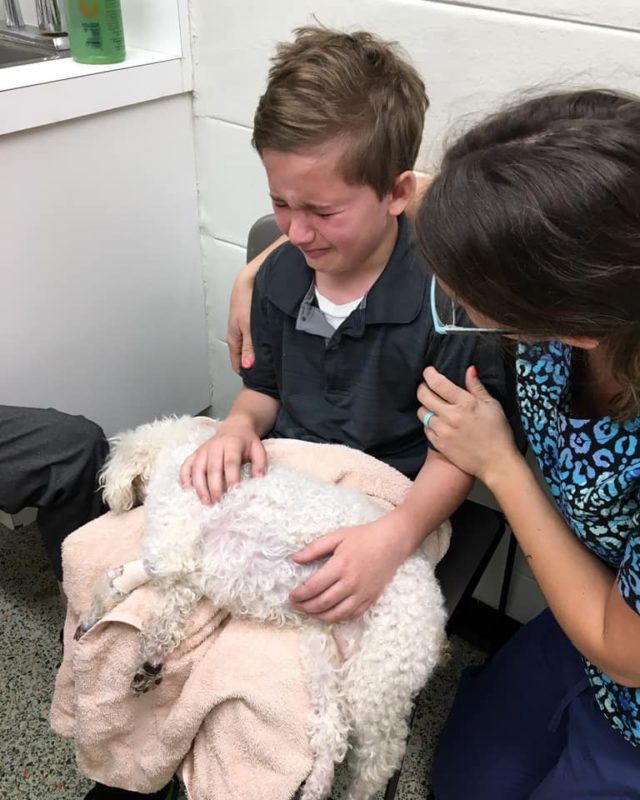 The family all together saw the pet on its last journey.

And Maria at the beginning of last year shared on the network pictures in which Robbie hugs the dog goodbye, not letting her go.

This story became known thanks to the media, which spread it through all channels.

Max, the Miniature Schnauzer, lost for 2 years is reunited with his family just in time for Christmas
Interesting News
0 356

The couple wanted all the eight dogs they rescued to sleep on the bed with them, so they built a giant bed
Animals
0 310