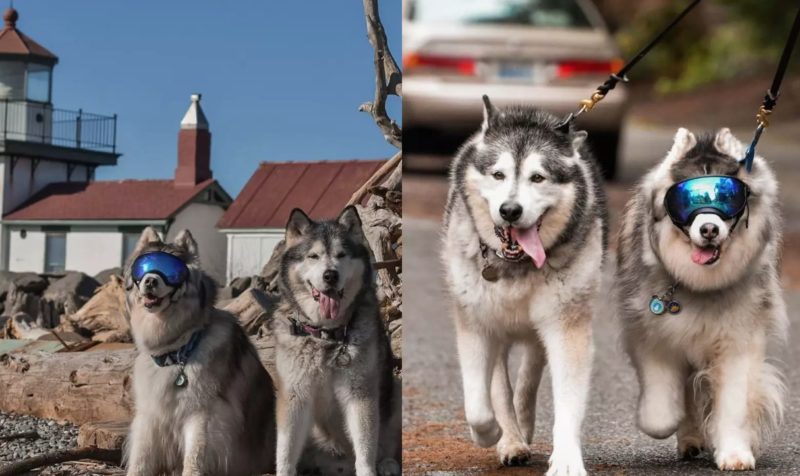 An 11-year-old Siberian Husky from Seattle named Sterling lost his sight due to glaucoma, and after that, he practically lost interest in life.

His owners Lillian and Martin McKee wanted to help the pet cope with depression and adopted a Malamute from the shelter, which they named Walker.

“When Sterling was diagnosed with glaucoma, it was terrible. We tried to fight the disease for a year and a half, but without success,” Lillian McKee said.

The active and cheerful Walker instantly became friends with Sterling and began to help him in everything. Now shaggy friends are inseparable: they walk, play, eat and even sleep together.

Next to the Malamute, Sterling feels confident again, so he is happy to do what he did when he saw well.

Even though the dogs get along well, they are very different in character.

“Sterling loves to talk to people, ride in the car and drool on his favorite toys. But otherwise, he is a rather reserved gentleman. However, Walker is a real dunce. He steals treats, constantly playfully attacks Sterling, and often acts like a bouncy ball of wool,” Lillian says.

Cleaning lady worked in elite house for 20 years but lost her job: see what residents did
Interesting News
0 174

After the unexpected death of the mother swan, the father swan took full responsibility for his newborn cygnets
Animals
0 335