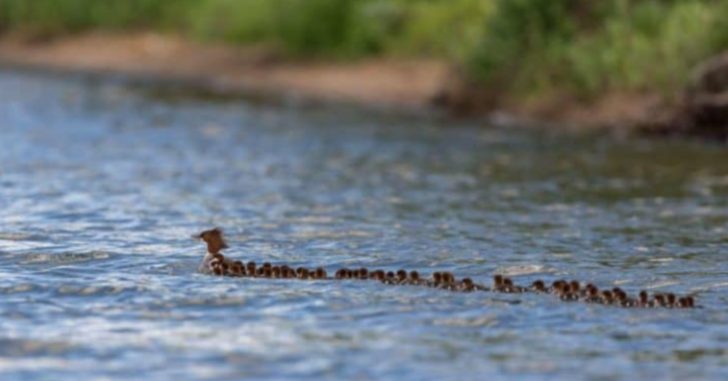 Photographer Brent Cizek, who recently photographed wildlife on Lake Bemidji in Minnesota, witnessed an amazing phenomenon – as many as 76 ducklings dutifully swam in a row after one duck! 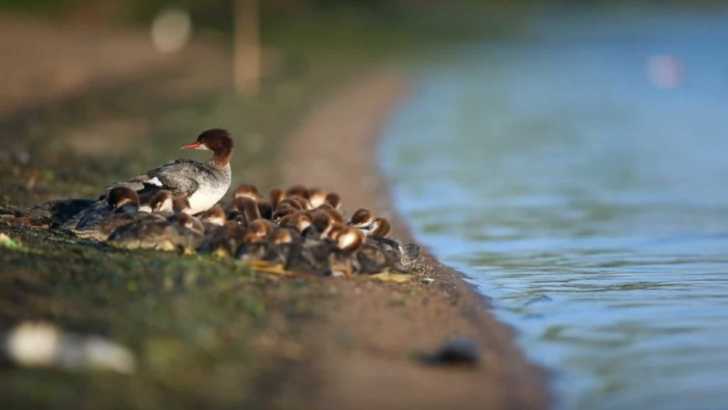 Mother duck belongs to the subspecies of mergansers and can hatch up to 15 eggs at most.

At first, Brent thought there were about 50 ducklings.

But then, already in the photo, the young man counted them – there were 76 ducklings and all of them were almost the same age. 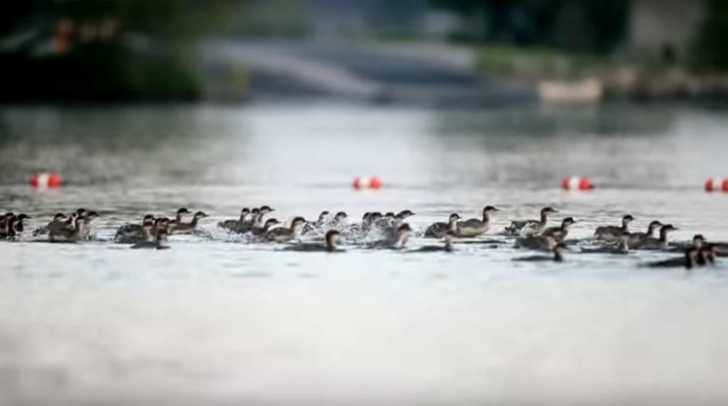 Brent returned to the lake several times to follow the fate of an amazing family.

The babies grew up and were still close to their mother.

Scientists around the world began to discuss an amazing phenomenon.

Some put forward the version that the duck “adopted” several other broods, with whose parents something happened.

Others say it’s a kind of duck “kindergarten” and this duck is their grandma.

Her babies hatched the first offspring, but they began the molting period, when the bird is forced to sit on the shore, since the feathers do not protect it. 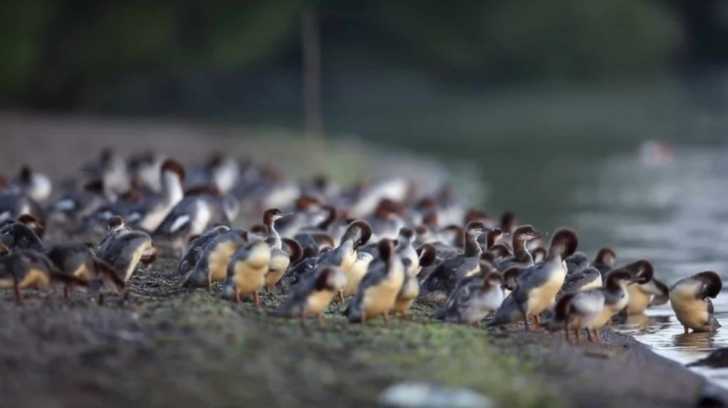 Therefore, they handed over the kids to the eldest duck.

The photographer said that he really sometimes saw other adult ducks nearby, but the ducklings did not pay attention to them and listened only to the duck that they considered their mother.

Every life is important: 250-pound turtle hit by a boat gets private plane ride to sanctuary
Animals
0 180

These twins were born with different skin colors: see what they look like 20 years later
Interesting News
0 148