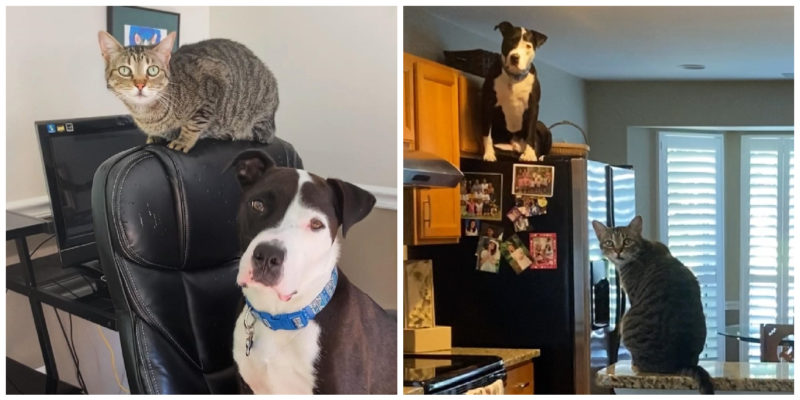 No one will be able to accurately answer the question of who is the boss in the house. 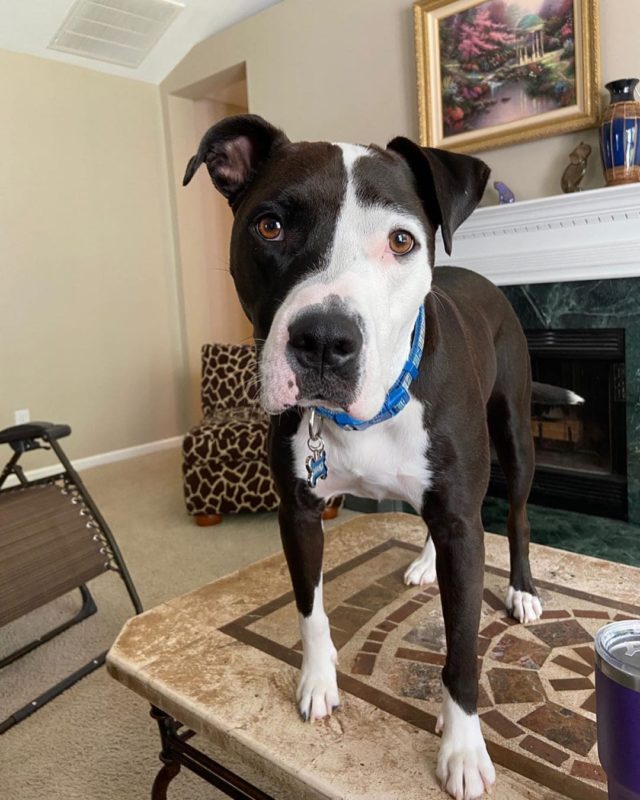 Moreover, the answers are different, and sometimes completely unexpected.

But sisters Bethany and Samantha know it for sure, and the answer will surprise you.

The two sisters gave shelter to two cats, however, then they decided to take a dog as well and therefore took the shelter pit bull Mako. 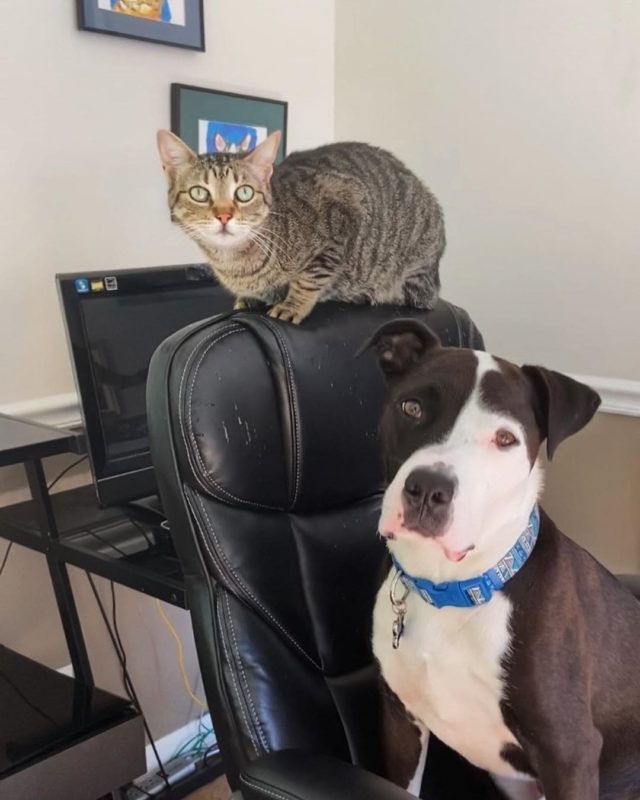 But it became clear that the cats were not going to delegate the rights to the newly arrived guest, but they obviously did not intend to make a scandal either. 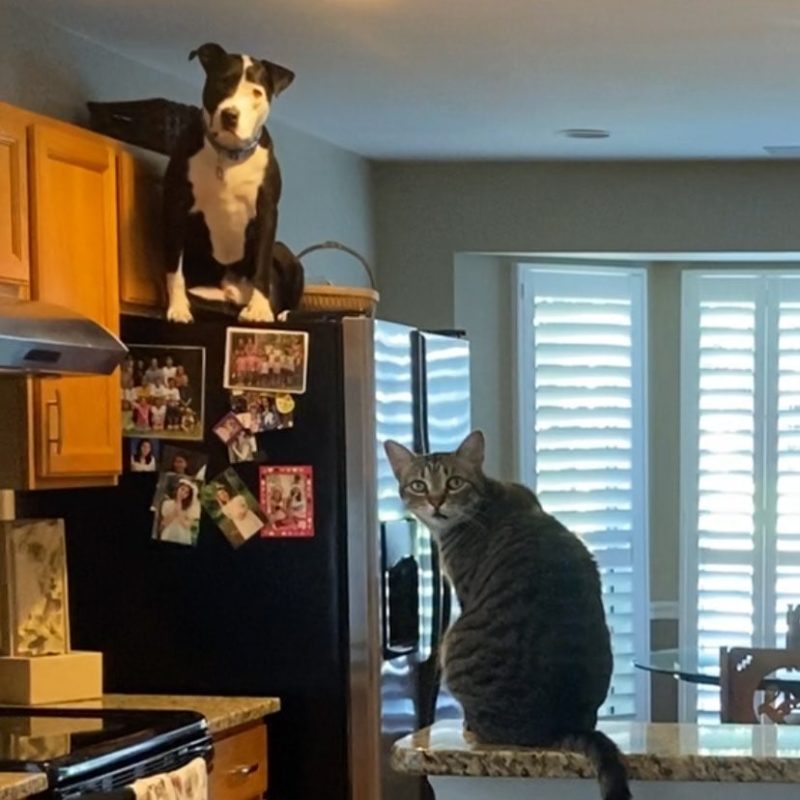 They took a very cunning attitude, and Samantha and Bethany soon began to notice that the pit bull began to adopt the habits and manners of cats.

Mako had a very kind and easygoing disposition and therefore quickly came under the influence.

At first, the girls tensed that conflicts could arise between the animals. However, oddly enough, cats began to dictate the terms of such a formidable breed as a pit bull.

Over time, Mako became just like a cat. He effortlessly jumped on the windowsill, countertop, and then even mastered the refrigerator. 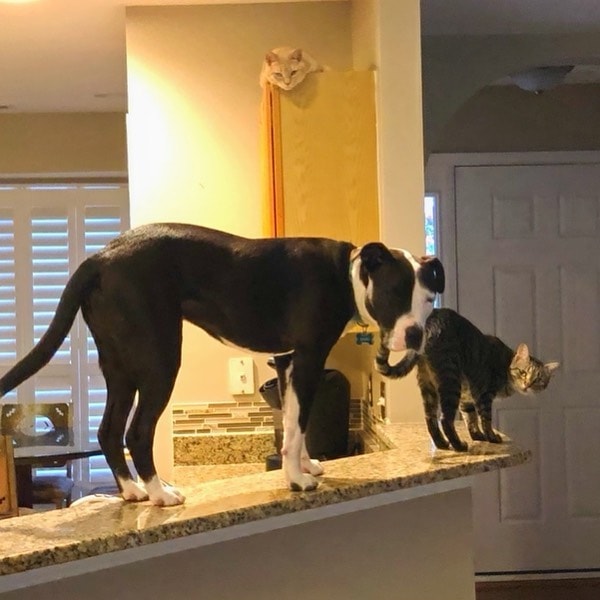 He eats and sleeps with his mustachioed friends, and the owners are simply delighted with such a touching friendship.

In addition, they clearly understood that the stereotype about the nature of pit bulls is nothing more than a stereotype.