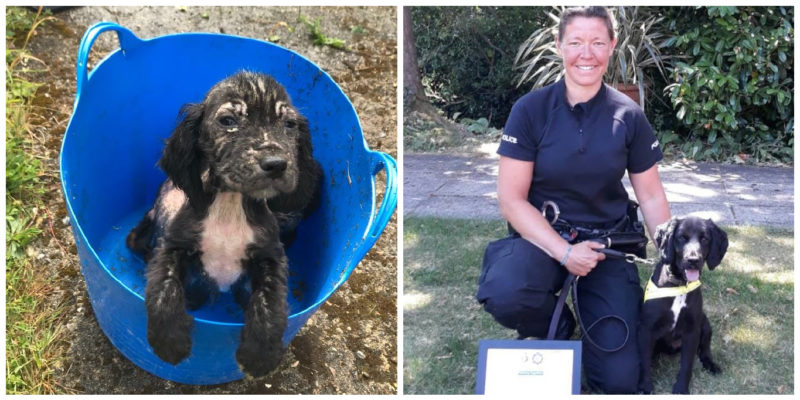 Last summer, animal volunteers in Surrey, UK, were called to an abandoned house where four spaniel puppies had been left in a bucket.

The babies were in a terrible state: the fur was almost peeled off from insect bites, the ears and eyes were affected by a chronic infection. 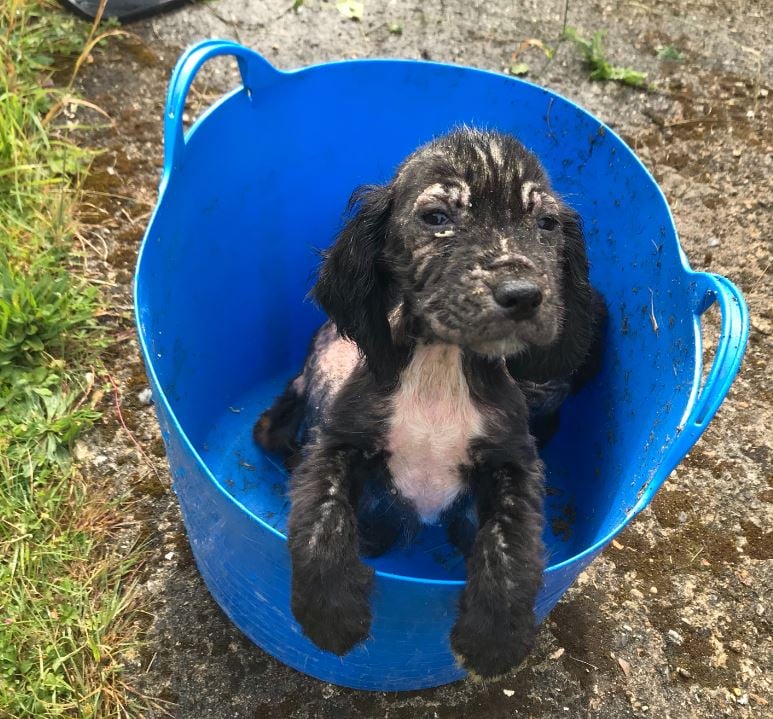 The puppies were emaciated and physically underdeveloped for their age.

They were taken to a shelter, where veterinarians began serious treatment.

The poor pups needed four different types of eye drops and two types of ear drops, which they got four times a day.

They had to fight for the health of the kids, but the doctors managed to put them in order.

Three puppies were taken away, but with Badger it did not work out so well. 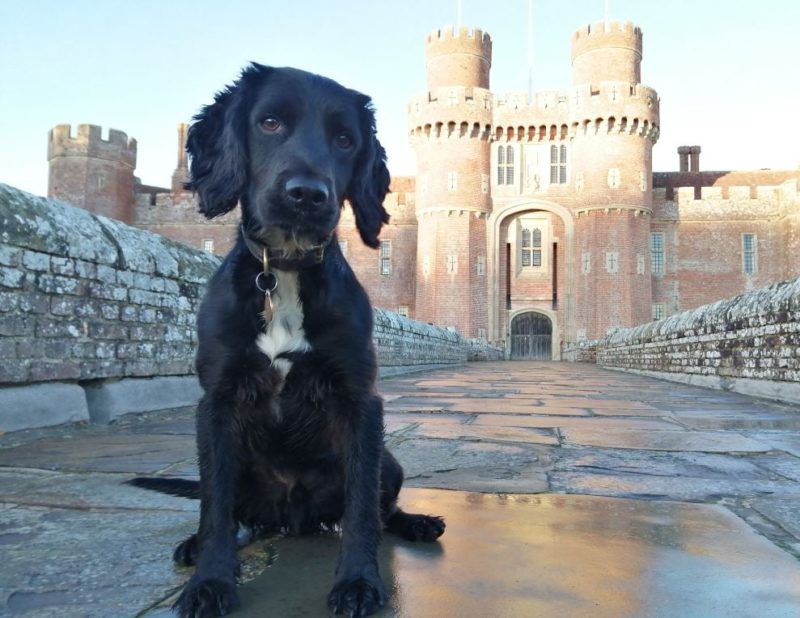 He was first adopted by the family, but he was too energetic and restless, so the spaniel had to be returned.

Trying to somehow entertain Badger, volunteers hid balls around the shelter, but the puppy always quickly found them.

His excellent sense of smell led the veterinarians to the idea, and they contacted the police. 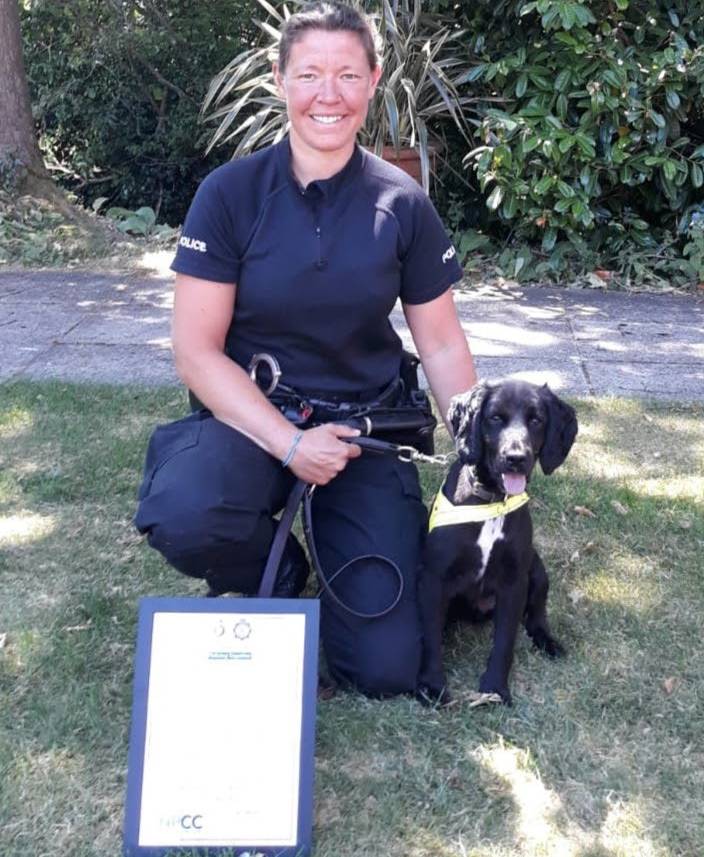 The police reacted with enthusiasm to such a wonderful dog, and after six months of training, Badger received a license as a professional sniffer.

Now Badger is looking for drugs, weapons and money. His partner Steph Barrett noted that the spaniel treats his work with rare love.