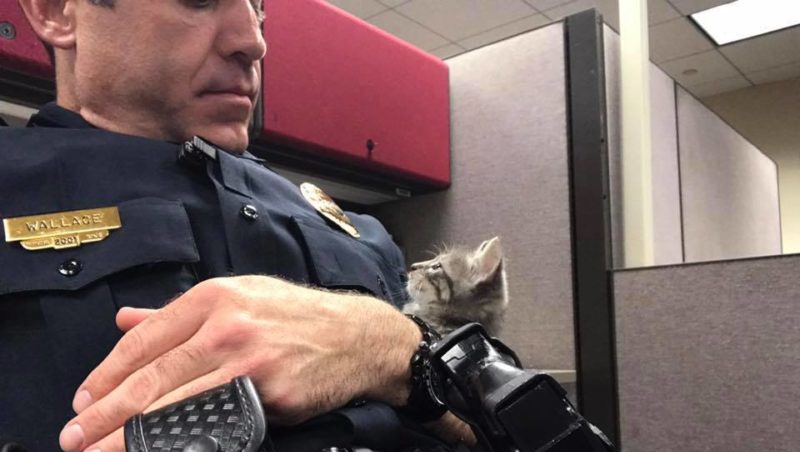 Officer Cardin from Florida’s Lakeland Police Department found a tiny, abandoned kitten hiding at the base of a lamppost. 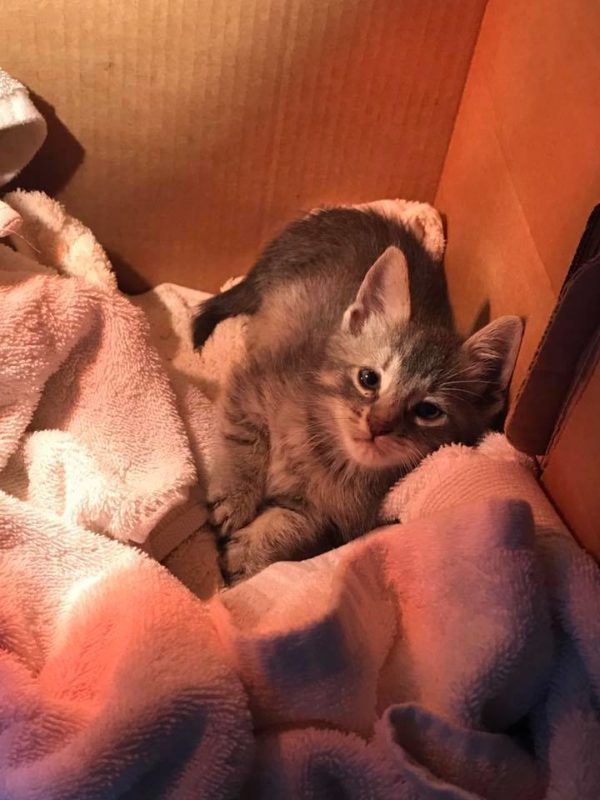 Cardin picked up the kitten and brought it to the site.

And so that the kitten would not feel lonely, Sergeant Wallace held her in his arms and hugged her all night.

Officer Cardin brought the selected kitten to the station and arranged a sleeping place for her out of cardboard boxes. 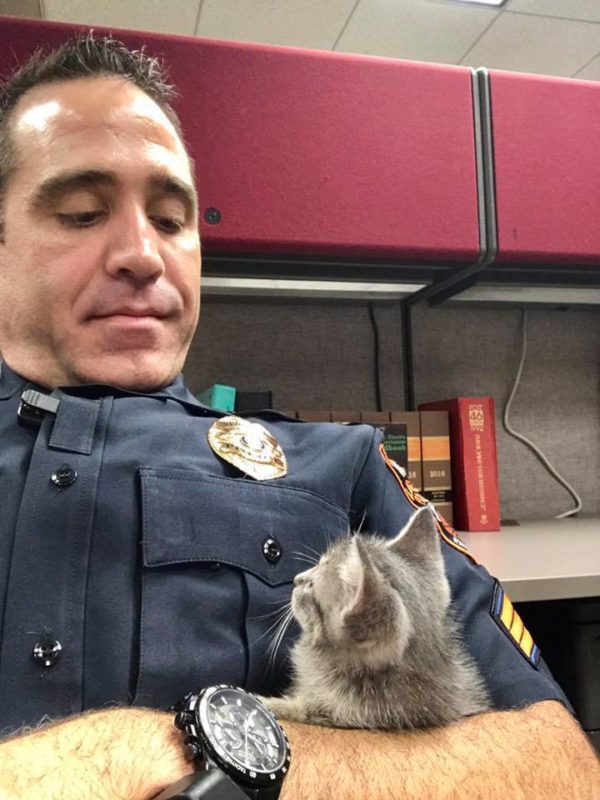 But the kitten looked so lonely and unhappy that Sergeant Wallace could not leave her alone.

He took the baby in his arms and decided to babysit her.

Wallace hugged the kitten all night and was no longer able to part with her.

He named the foundling Kelsey and decided to take her for himself.

By a happy coincidence, the kitten found a new dad on Father’s Day – June 19th.

The Lakeland Police Department posted photos of Wallace and his new pet on their Facebook page.

Interesting News 0 17
People meet, people fall in love, get married… Then, when they have children, life

The dog, chained in the snow, finally realizes that he is safe, and his reaction is pure happiness
Animals
0 283

The talented 90-year-old woman creates masterpieces: she paints on all the houses in the village
Interesting News
0 49