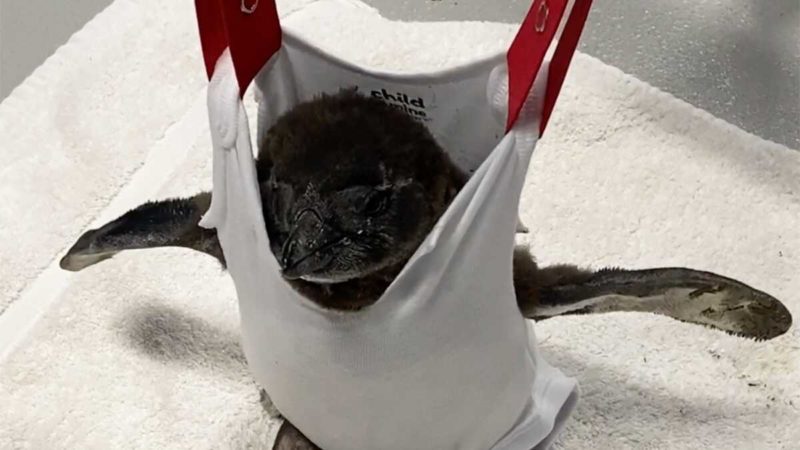 A baby African penguin named Rosie was born at OdySea in Arizona.

The story of this bird is truly inspiring as it fought hard against complex skeletal abnormalities. 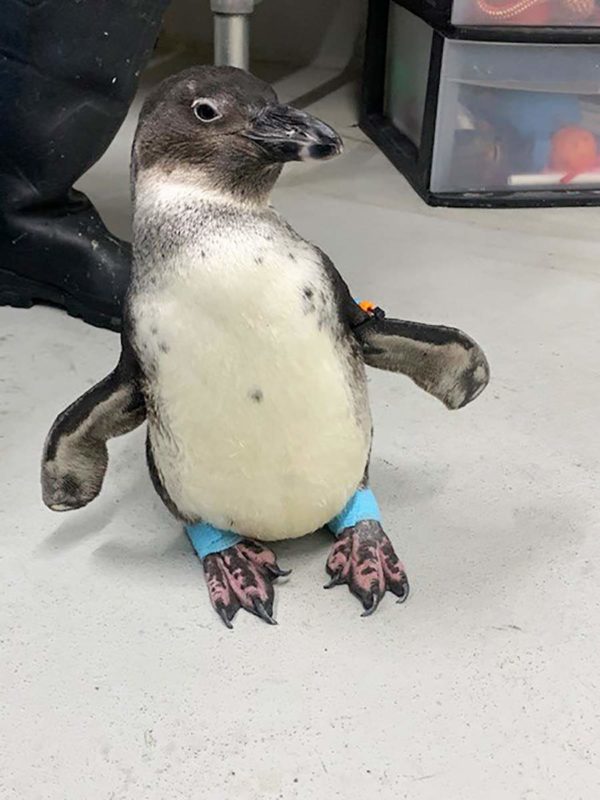 So that Rosie could learn to walk and live a full penguin life, the Aquarium staff created special “bouncer” for her.

Also, the chick was undergoing rehabilitation according to a plan developed specifically for her.

The chick hatched in December 2019.

Shortly after birth, Rosie began to miss important developmental milestones as a penguin, unable to sit or walk on her own.

Then the Aquarium decided to send the bird for a series of medical examinations.

As a result, the baby had a lot of abnormalities in the development of the skeleton – Rosie could not support her own weight. 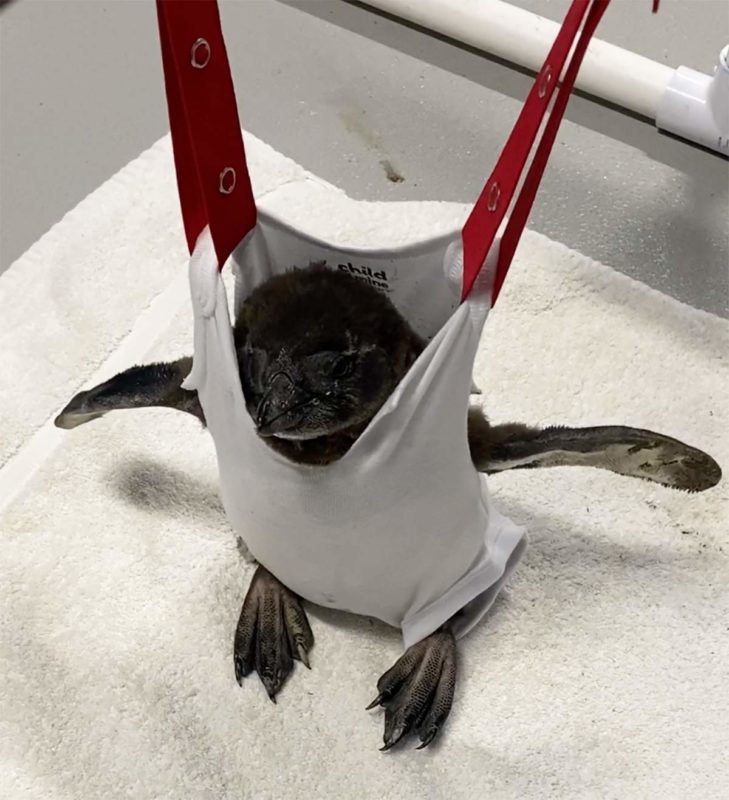 Aquarium workers began to think about how to help the penguin.

So they developed a special “bouncer” in which Rosie could maintain an upright position.

“We went around all the craft stores, bought elastic bands and learned how to sew grommets,” – they said.

A staff member, Jessica Peranteau, took a special part in the fate of the penguin.

This woman is the mother of a micro-preemie baby, so she approached the problem with special understanding. 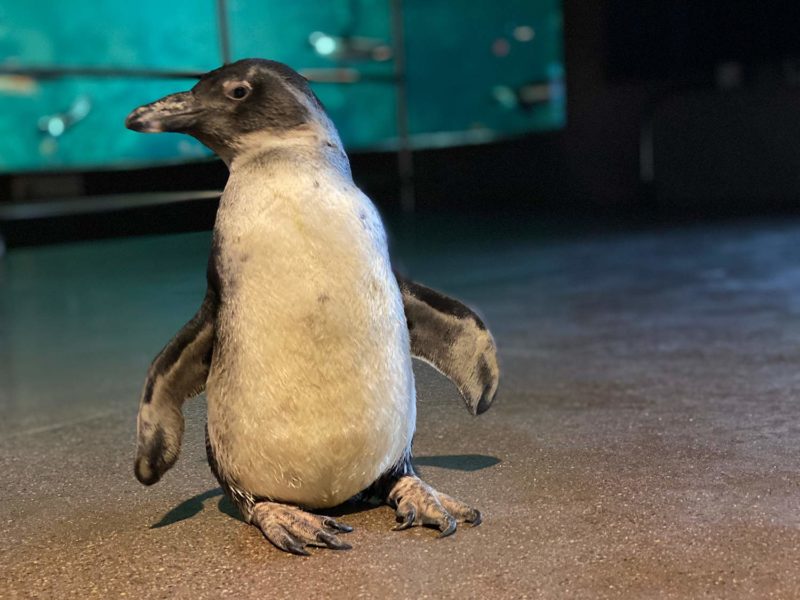 Peranteau tried to make the device as comfortable as possible for the baby.

She even used one of the overalls that micro-preemie babies wear. The fabric on it is very soft and delicate – so the penguin should feel comfortable.

After the costume was sewn, it was attached with elastic bands to special pipes – so Rosie could be in an upright position.

Or one of the workers took the straps in his hands and taught the little penguin to walk.

These procedures were carried out for 2 years.

In the end, Rosie pumped up her skeletal muscles, felt confident and began to walk on her own. In addition, she loves to swim.

She doesn’t need the bouncer anymore, but the Aquarium takes good care of it.

This invention is shown to guests to prove that love and care do wonders.

Man rescues dog from death row, unaware that she is pregnant, and gives birth to puppies
Animals
0 231