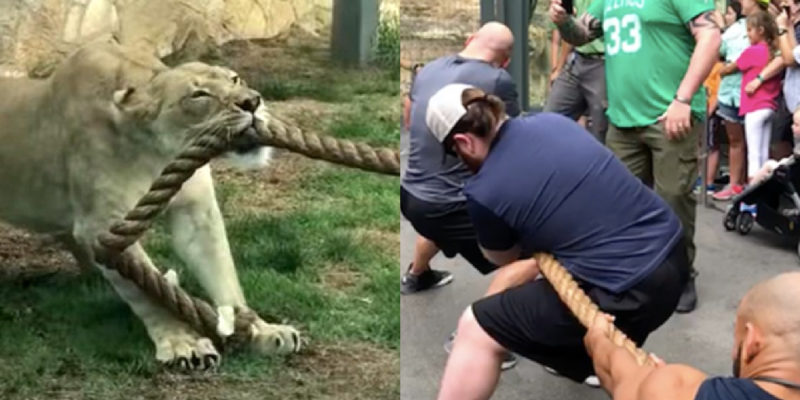 In the legends of almost any nation, there is a mention of a hero who defeated a lion. Remember Hercules, for example.

But is it possible in real life? 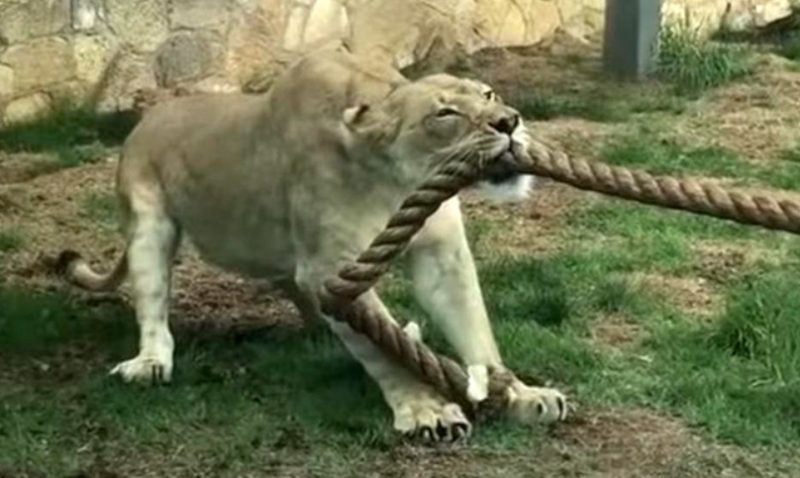 Three wrestlers from a professional organization at once decided to test the strength of a lioness and began to pull one rope with her. The competition impressed the audience so much that everything that happened was filmed.

Adult lions can weigh up to 250 kilograms and have a bite force of 40 atmospheres.

This is one of the few top predators with pronounced dimorphism: lionesses weigh from 120 to 180 kilograms, but still have impressive physical characteristics.

Moreover, it is the lionesses who act as the main hunters. This is one of the reasons why their mane is not developed.

Therefore, three wrestlers from the WWE division at once (Ricoche, Fabian Eichner and Killian Dane) felt that they could defeat the predator in a tug of wаr. 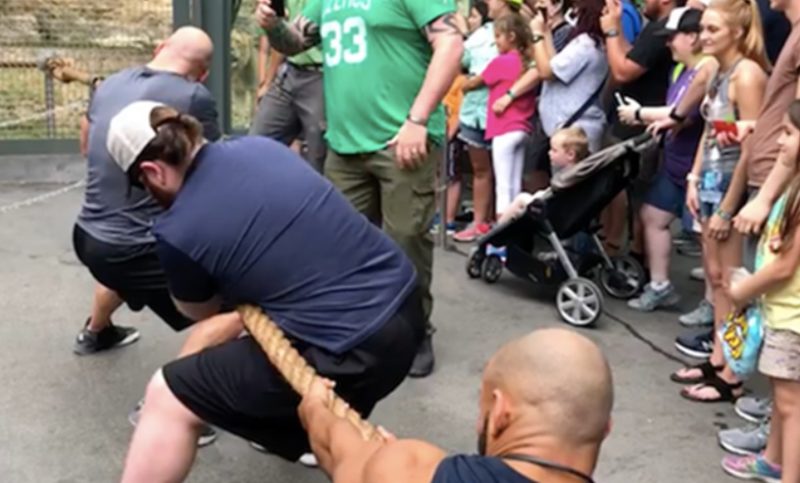 The lioness, of course, remained in the cage. And the rope was passed through a special hole.

The animal quickly became interested in the game, and all three wrestlers began to pull at the same time. The lioness didn’t move!

The men had to surrender. Apparently, lions are even stronger than most people think!