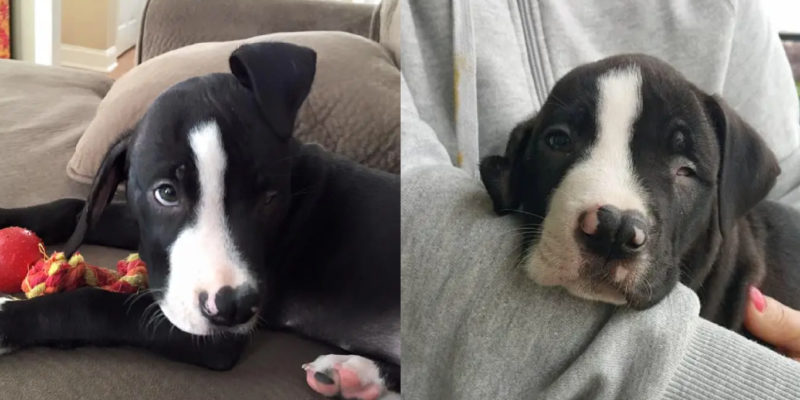 This American Staffordshire Terrier was born unlike his siblings. 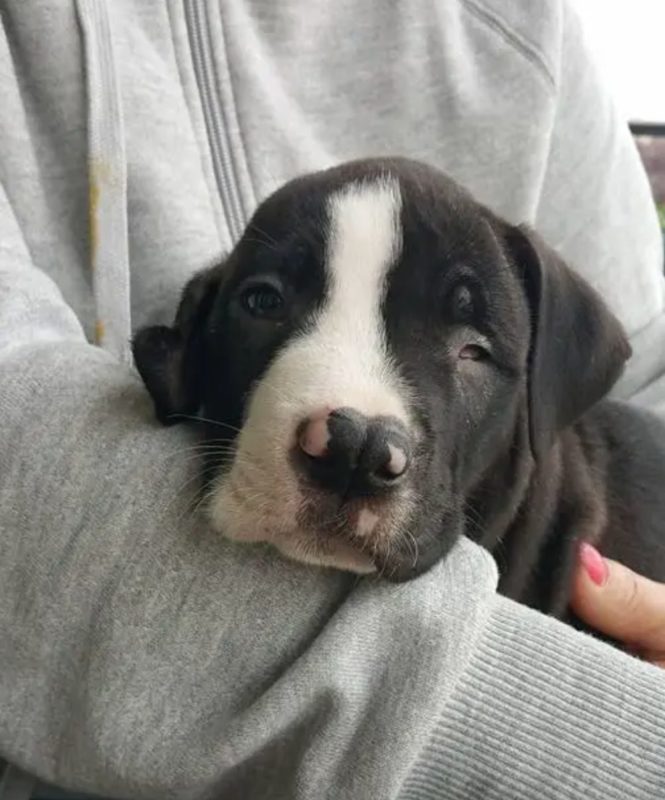 The baby had half-formed right ear, and he was blind in one eye. Dissatisfied with the “defective” puppy, the owner tore him, two months old, from his family and gave him to a city shelter with a high percentage of euthanasia.

In such institutions, there is a practice – to euthanize animals if there are no people who want to adopt them. 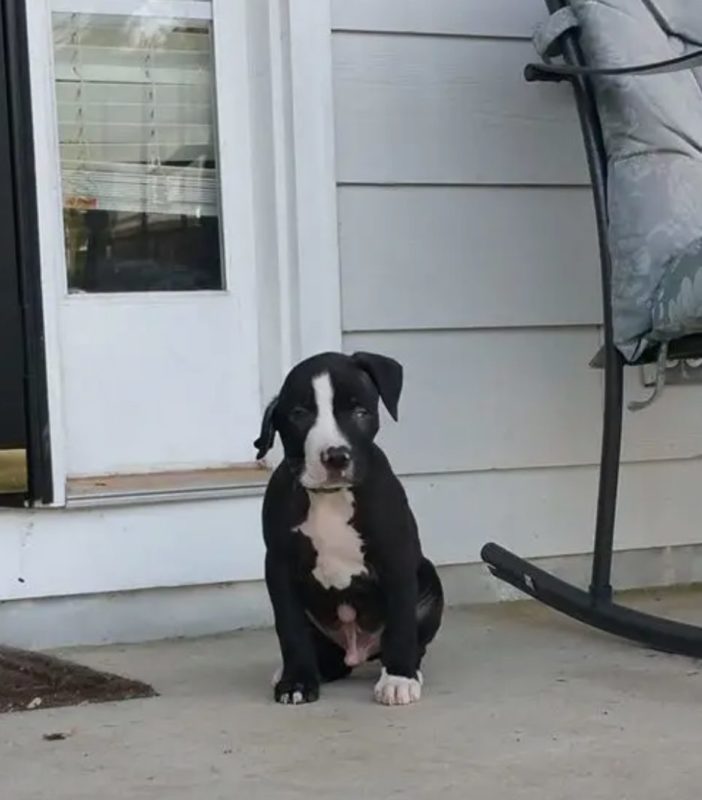 A dog with external deformities was waiting for a sad fate if he had not been noticed in time by the volunteer of the non-profit organization for the protection of animals, Cause For Paws – Nicole Horabik.

The cute, shy puppy in the photo in the shelter group immediately caught the attention of the girl, and she decided to help him.

Nicole took the dog to her home and gave him a name – Captain Morgan or simply Cap. 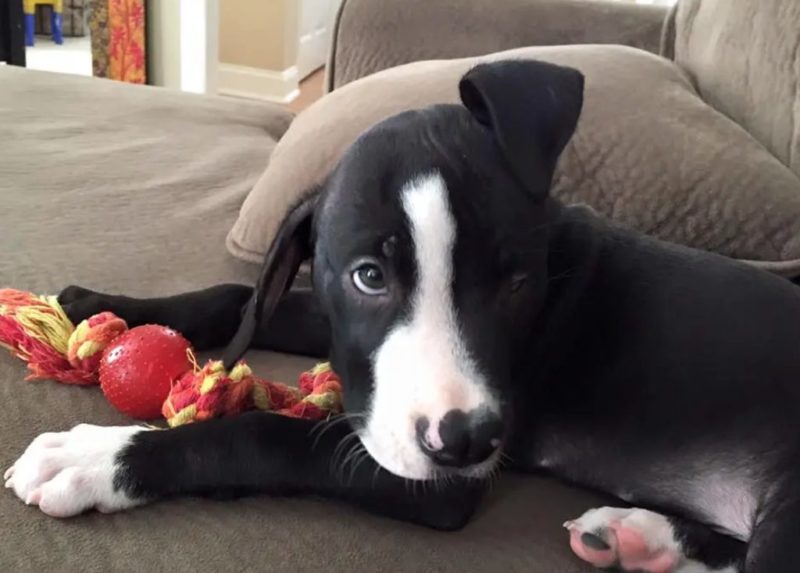 An examination by the veterinarian showed that the terrier is relatively healthy. With his affected eye, he could not see, but his immature ear heard perfectly.

The puppy, who fell into a large family with several dogs, at first behaved shyly, but over time began to open up.

He turned out to be a very affectionate pet that needed the love of a kind owner. Nicole, who could not keep Captain Morgan forever, began to look for a permanent home for him. 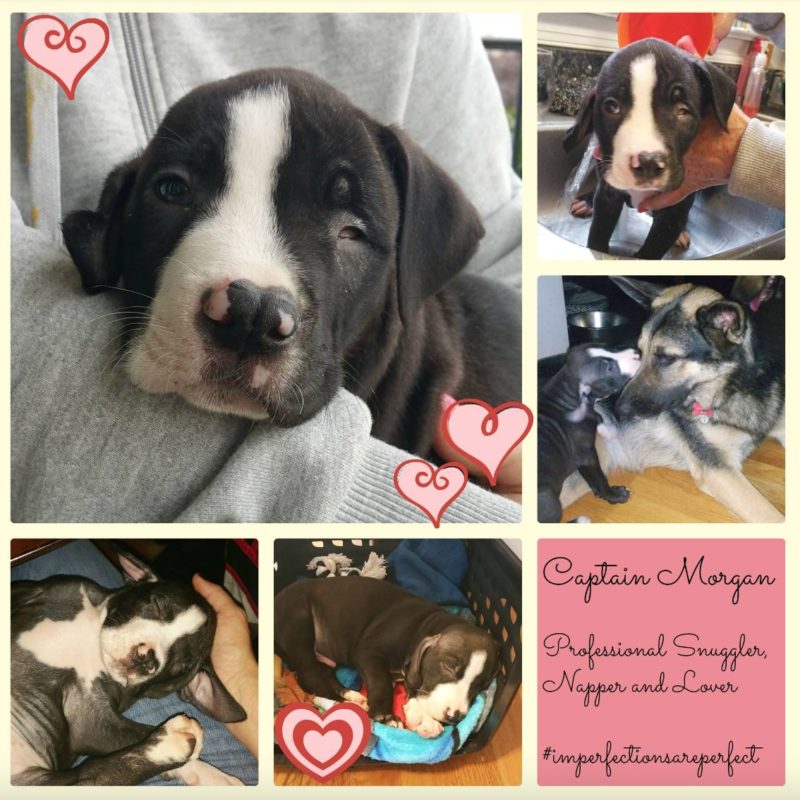 She created her own Help the Captain find his Ship page for the dog, where she told the sad story of a terrier who, due to his special appearance, became unnecessary to his family.

Nicole’s posts with photos and videos of Cap attracted the attention of a large number of subscribers. And soon the cute puppy managed to find new owners, for whom it was completely unimportant how many ears and sighted eyes the dog had.

Now the dog lives a happy life – and all thanks to a caring girl who could not get past the photo of a sad puppy.