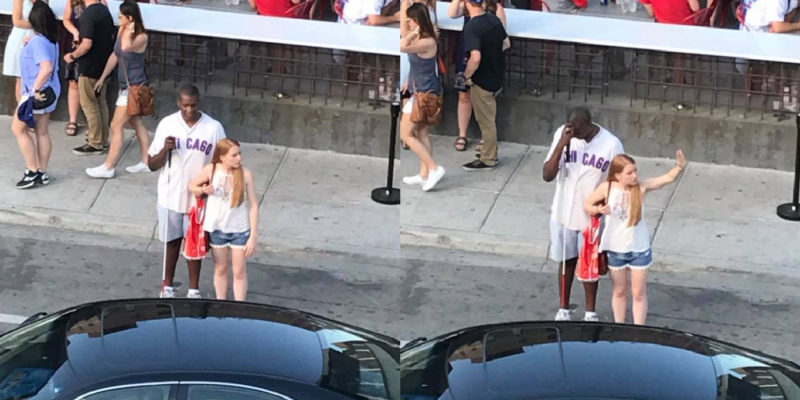 Newspaper headlines and news announcements are so often filled with reports of crime that it seems as if there is no place left for kindness or even just good news in the world.

But just one small incident on an American street can restore faith in humanity. The little good Samaritan woman was captured by the camera of a random photographer.

The picture gained wide popularity in the network.

The secret photographer turned out to be Ryan Hamilton, who was on the roof of a city building and accidentally witnessed a good deed. A woman helped a blind man to catch a cab. 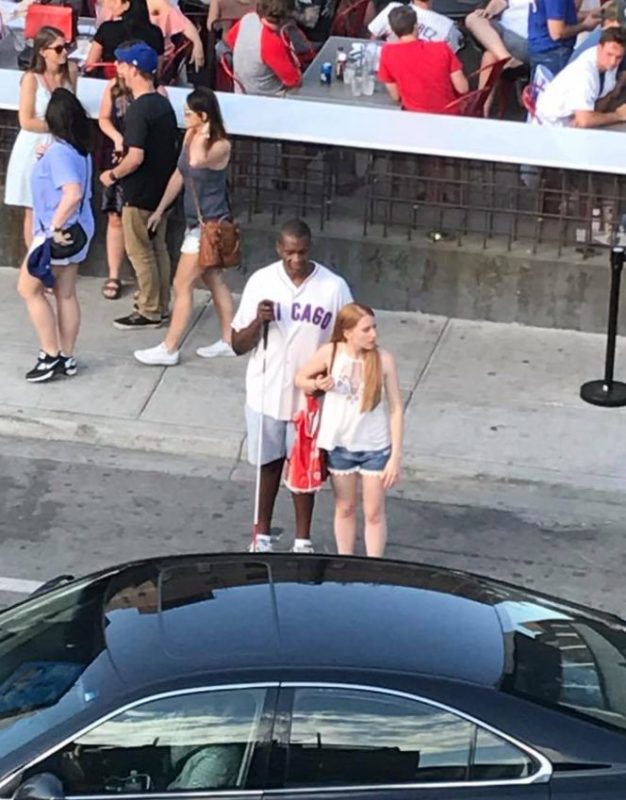 Hamilton photographed the action and posted it on Facebook to talk about this emotional act of a young girl.

“I was very struck by what I saw,” says Ryan, “There are so many bad things in the world, and this was something completely opposite.”

Pictures of Hamilton went viral, with more than a thousand users liking Ryan’s picture on his page. 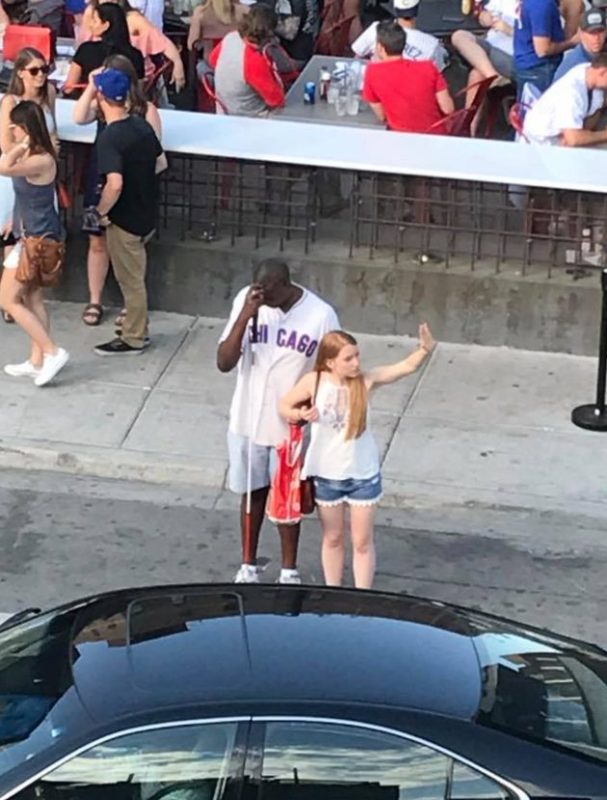 The girl in the photo is Casey Spelman, who was walking around the Wrigleyville area, which was new to her. It was then that Casey noticed that a blind man who was trying to take a cab.

Then she asked if he needed help, to which the man replied that it would be great.

Ryan Hamilton, who took the photo of the Good Samaritan, and Casey Spelman herself did not know each other before and had never met, but simply happened to be in the same place at the same time. 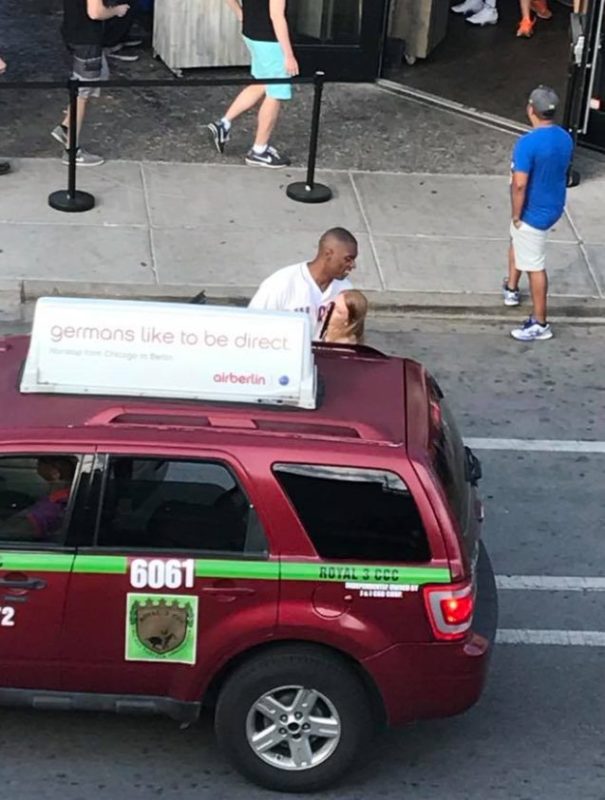 Casey says she didn’t ask the name of the man she helped. Her only concern was for the blind man to get home safely.

“He asked me to hug him, and then he said: “God bless you” and wished me a wonderful night. I said, “Thank you, and you too,”” Casey recalls.

Interesting News 0 23
“Forgive and Forget” is definitely not about Angelina and Brad. It would seem that
Leave a Reply Cancel reply
Recent Posts

1-pound Chihuahua puppy, picked up and dropped mid-air by a hawk, survives and lands at rescuer’s feet
Animals
0 533