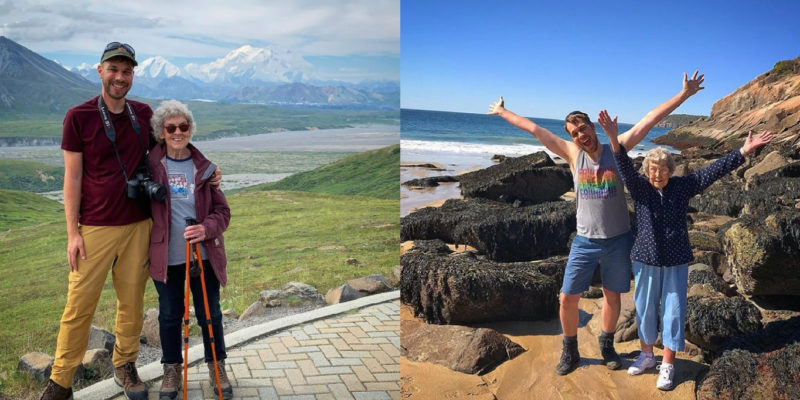 When Brad Ryan arrived home after another year of veterinary school, he hoped to just be with his family and take his mind off the constant stress of studying. 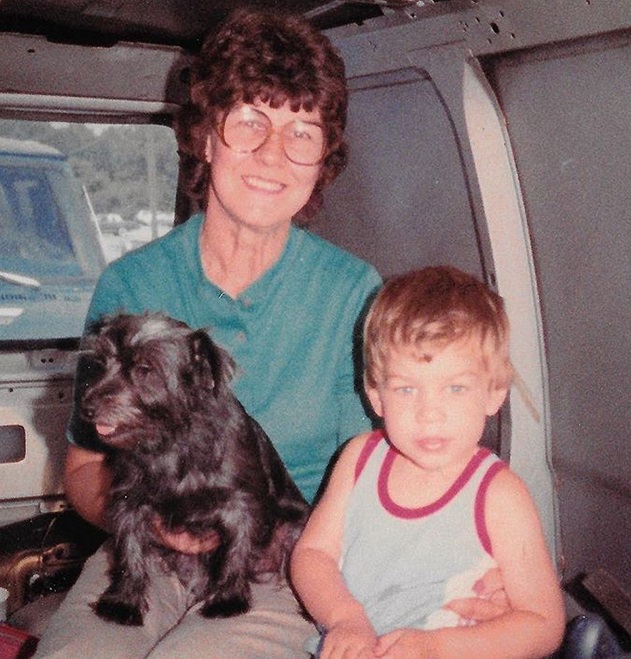 However, in a conversation with his grandmother, telling her about his travels and adventures, he was surprised to learn that she had never seen either the ocean, or the forest, or the mountains, or the prairies – all that America is so famous for.

Grandma Joy made this confession four years ago. And then Brad spontaneously invited her to go to the mountains together. 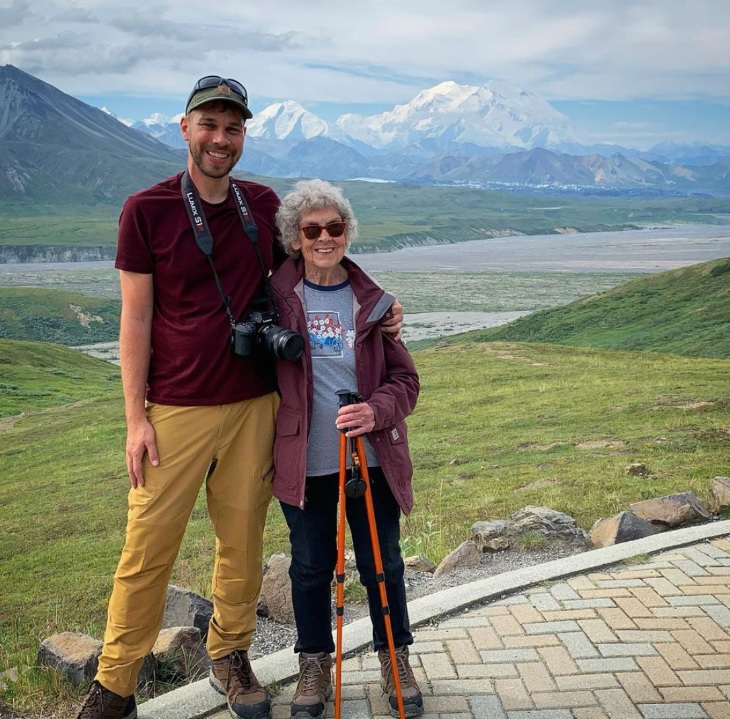 All her life she lived in a small village in a private house in Ohio. Raising children, taking care of the household, she never had a chance to explore her homeland in her whole life.

At that time, she was already 85 years old. She walked with a cane, but she liked the idea of ​​​​traveling across the country with her grandson. 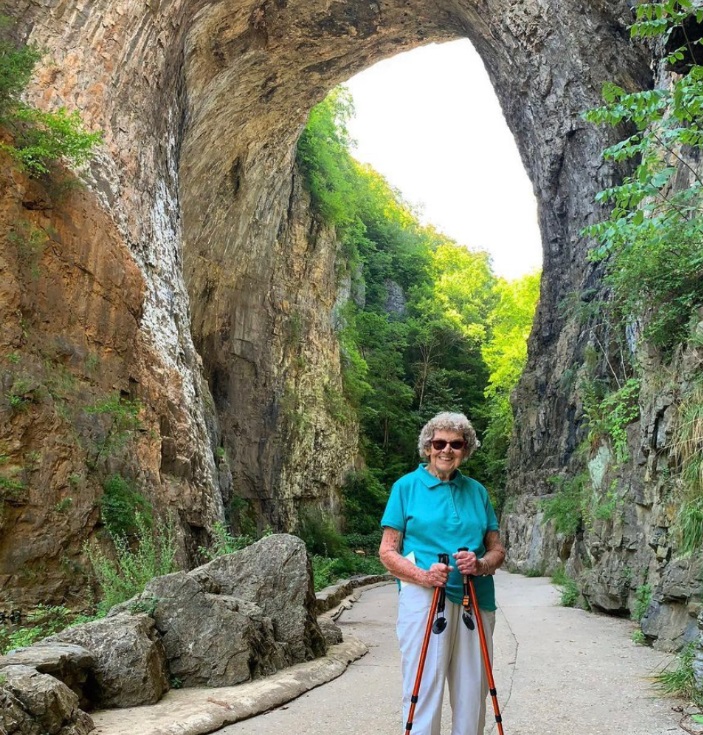 “When we walked through the mountains, the people we met were all very impressed with my grandmother. And in fact, you rarely see older people with their grandchildren on such routes. And I don’t like the very idea that you can live forgotten by everyone, alone, and there’s even nothing to remember – no adventures, nothing. Grandma has nothing to tell about her life, and I decided to give her topics for such stories.” 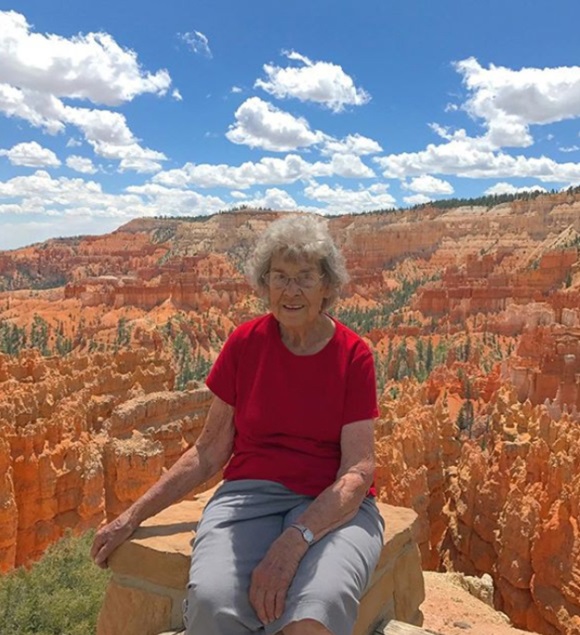 For four years, Brad took his grandmother to 29 national parks in America, which opened up completely different landscapes for her – from mighty forests with immense trees, to sand dunes, from the boundless and noisy ocean against high cliffs to impressive canyons. And everywhere Grandma was glad to experience something new, to try something that she had never encountered before. Despite her quite respectable age, she steadfastly, albeit slowly, but still climbed to the tops of the mountains, and in the desert she even rolled down the dunes on purpose – simply because she was interested in trying it.

“Looking at the world through the eyes of your grandmother, who wakes up every morning and thanks God that she is still alive, you know, it taught me a lot,” admits Brad.

“With her, I have to slow down and look at the world differently.” 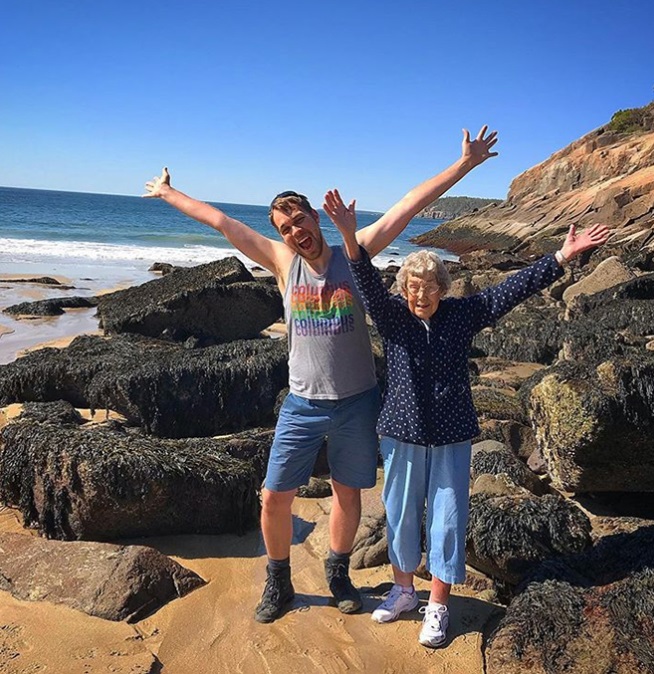 Now, Brad has already completed his studies and works in one of the national zoos. But he still continues to take his grandmother to the sights of America in his spare time.

He also took her to the university where he studied, showed her where they now teach veterinarians and how it works. Brad took Grandma Joy to geysers, dams, waterfalls, and botanical gardens.

Interesting News 0 139
What is the cruelty of schoolmates, Breanna Bond knows firsthand. The girl, even in

During the concert, Pink saw a poster in the crowd of fans and stopped the performance: everyone was crying
Interesting News 0 643

The whole school was bullying a 9 year old girl because of her weight: just look at her now
Interesting News 0 139