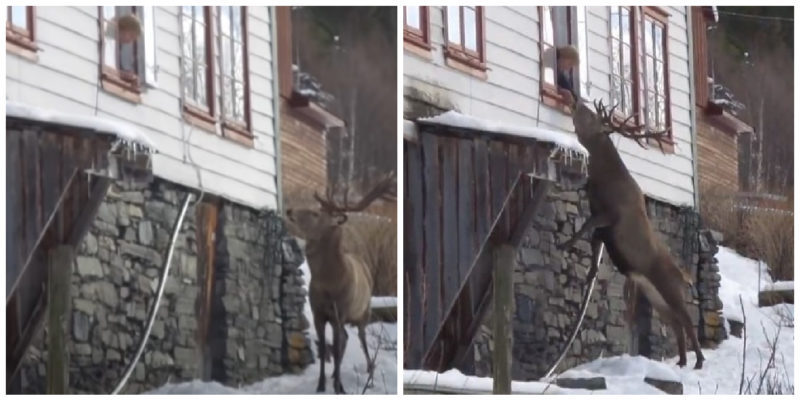 A resident of Aurland, Mette Kvam, 81, several years ago lost her husband and was left all alone.

Life in isolation and grief crippled her strength, and the woman began to sink into depression – until one day a wild deer came to her from the forest. 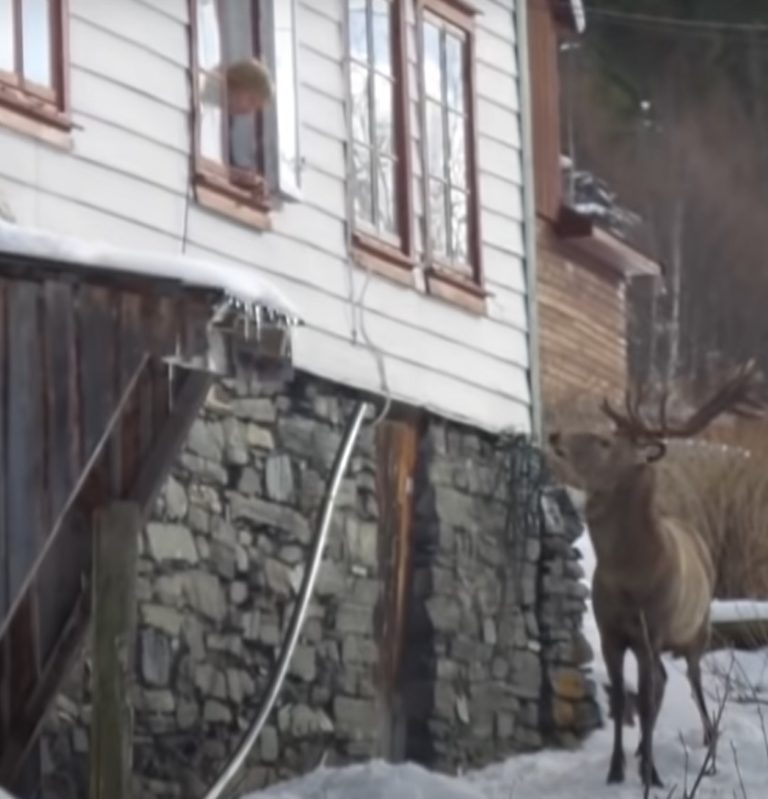 The sight of an unexpected guest amazed Mette – a stately animal was wonderful, and the woman hastened to treat him to bread.

Flippen – this is what Mette called the deer, which began to come to her twice a day.

The woman fed her new friend with bread and vegetables, and for this he allowed her to stroke him. 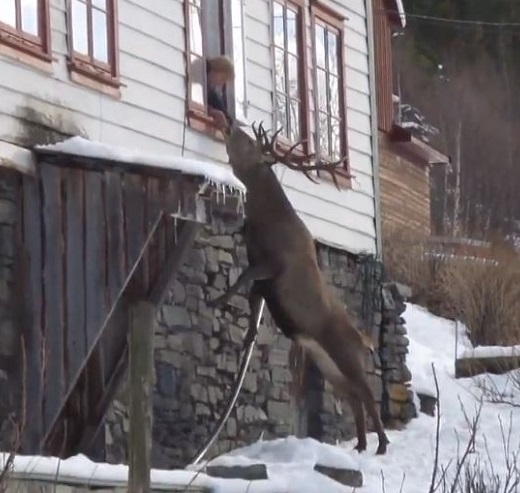 These visits have been going on for several years – and the deer has not missed a single day.

According to Mette, she can hardly imagine her life without Flippen’s daily visits.

After learning the story of Mette, the local hunters decided not to chase Flippen, so that the deer can freely walk through the forest without fear of being shot.

After the death of her husband, the woman was left completely alone, because the couple had no children.

Flippen became her salvation, and friendship with him is all that she now has.

This story moved netizens, and some of them left positive comments: 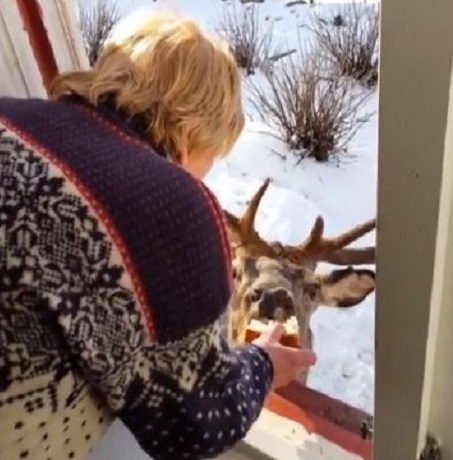 “How wonderful that such a wild and usually shy animal has learned to trust man. If this happened more often, the world would definitely change for the better”,

“Their relationship is so sweet and touching. Just think how happy she is with these daily encounters with the deer.”

However, there were some users who did not approve of complementary feeding of wild animals, believing that because of this, the deer could lose the instinct to get food.