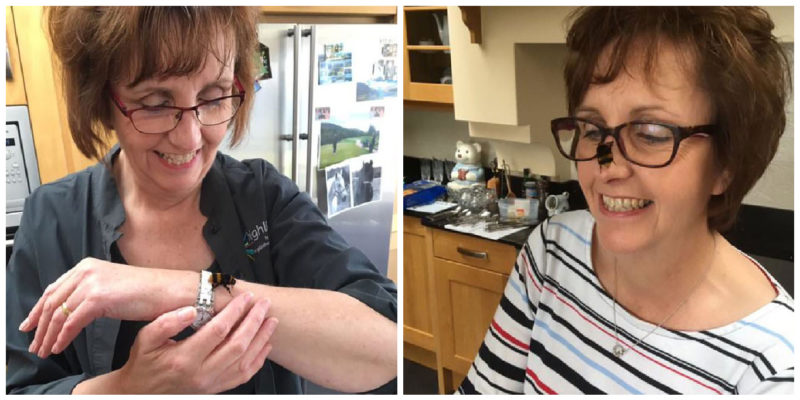 Probably, there is no such living creature on our planet with whom a person could not make friends.

Well, maybe bedbugs and deep-sea fish monsters. But with a bumblebee – easily!

And the example of the unusual friendship of Fiona Presly and Bee is proof of this.

One day Fiona was digging in her garden and saw a strange insect.

It was striped like a bee, but much larger and thicker, and it also had no wings. 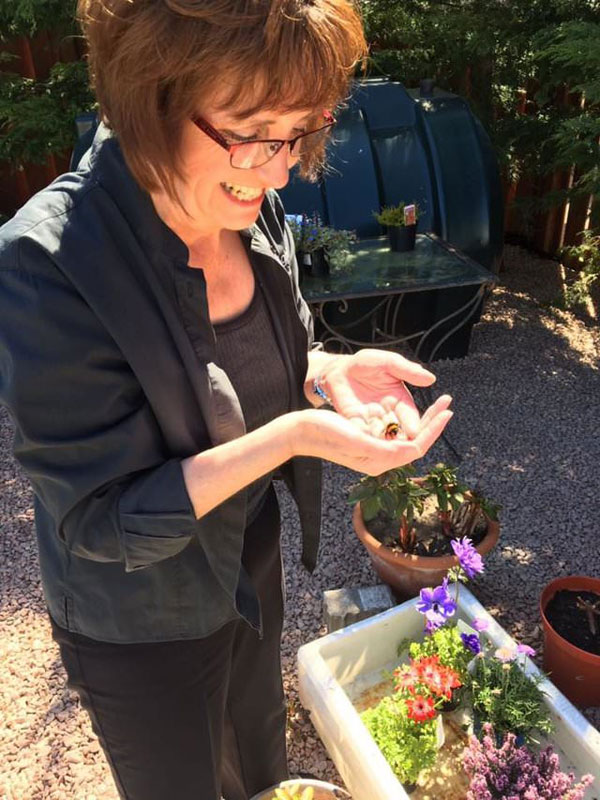 The animal poked and was so pitiful and confused that the woman extended a helping hand to her.

The creature climbed on top of her and a great friendship began.

As it turned out, with the help of specialists, Bee is the queen of bumblebees, but defective. 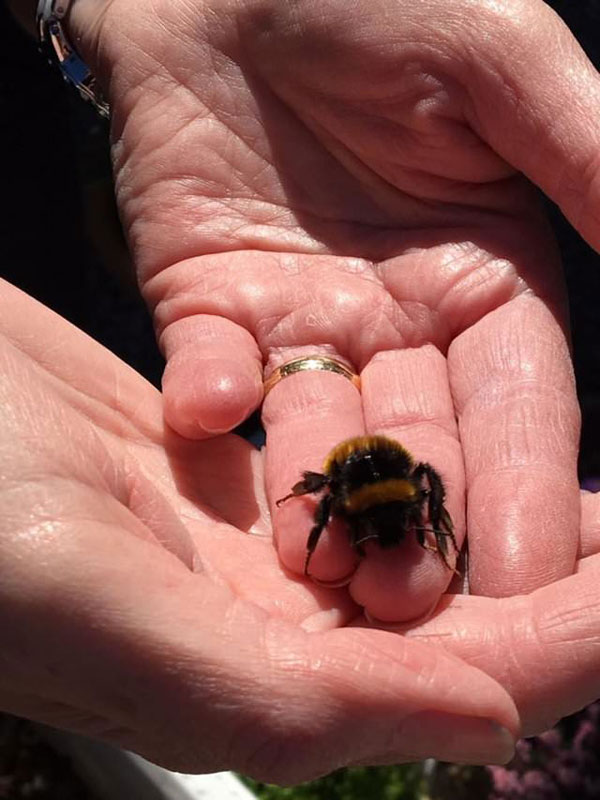 They are born without wings and depend on worker service until they gain strength.

Bee became an outcast, lonely and doomed without wings. So she met Fiona just in time.

Fiona gave Bee a picturesque corner of the garden, where she has a home and many flowers. 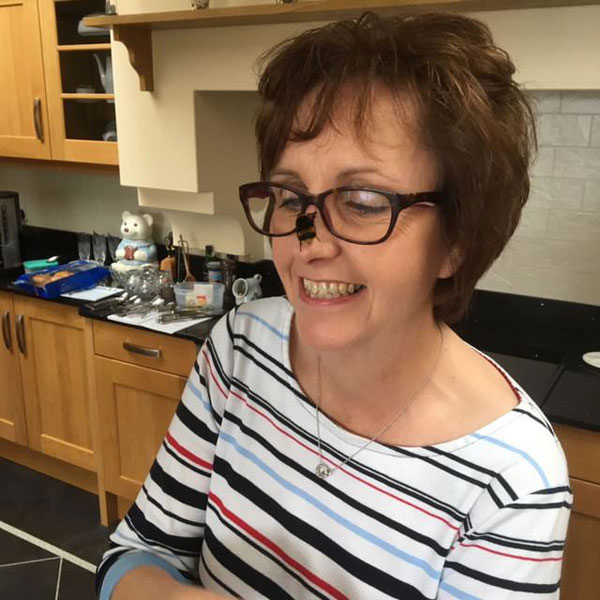 She feeds the bumblebee with syrup and sugar dissolved in water, Bee loves such a delicacy.

They love to spend time together, but Bee is wary with other people.

Experts say that the case is almost unique, under normal conditions a person and a bumblebee observe neutrality, nothing more.

You can interact with them, but to be friends? This is something new! 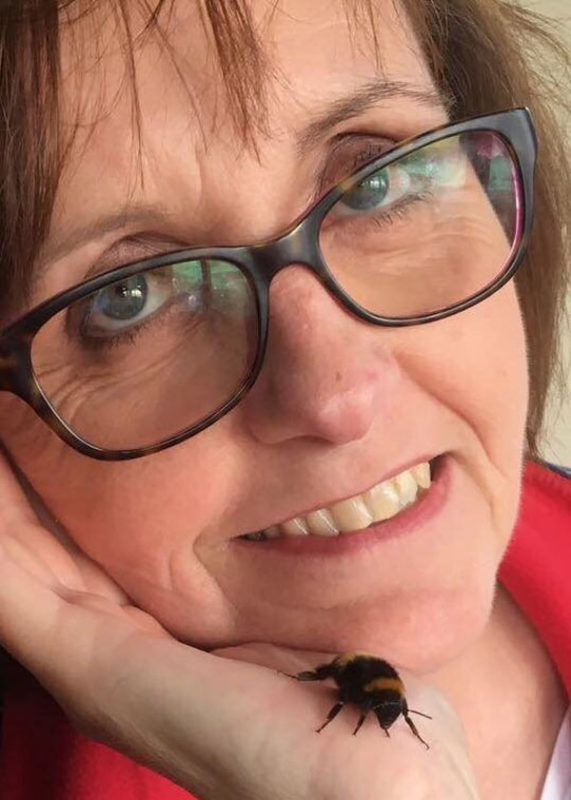 Scientists asked Fiona to keep a diary to observe this unusual phenomenon and try to figure out what its secret is.