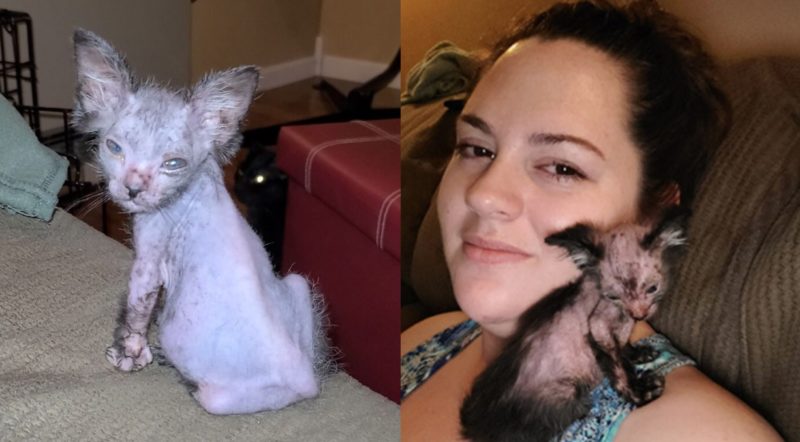 Cats come in a wide variety of sorts and breeds, you can’t remember them all.

There are super fluffy, short-haired and even completely without fur.

But you hardly knew that there are wolf cats. Recently, a video appeared on the Internet with a kitten that was unique from the others with bald patches and strange fur. 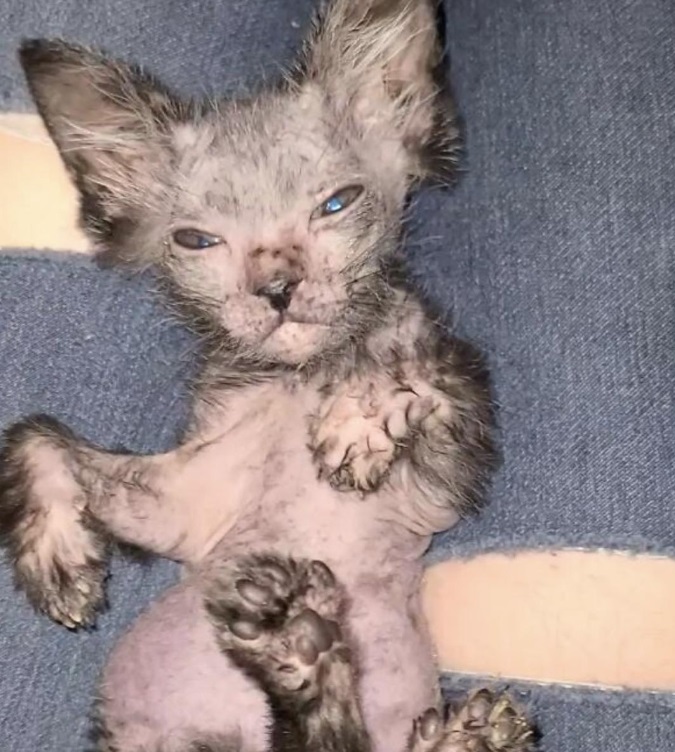 She was born with a rare natural mutation. Such cats are called wolf cats, and this is a real miracle of nature.

This kitten’s name is Gracie. Over 1 million people have liked and viewed her video. She is the same wolf cat, or werewolf kitten.

Her owner Bri says: “I have two cats, they gave birth to kittens with a difference of 6 days. They took care of each other’s babies as if they were their own. But I noticed that one of the kittens looked strange: she was half bald, weak. I got worried.” 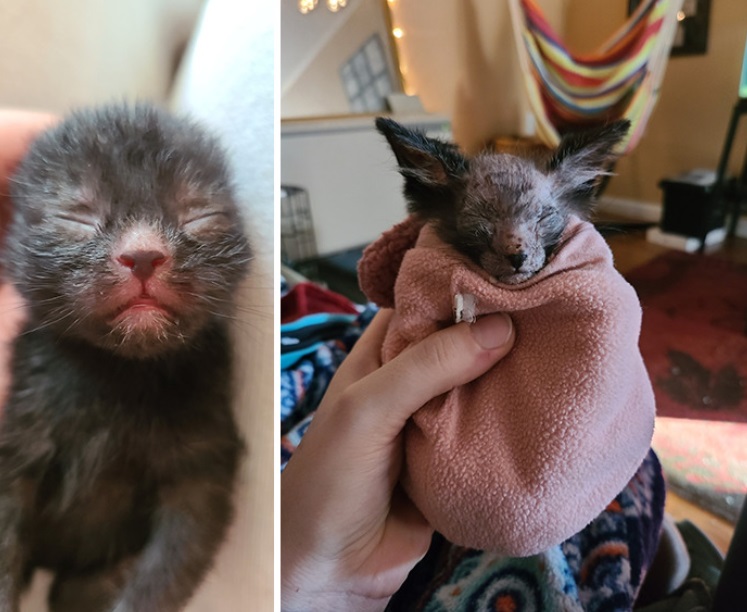 The woman took Gracie to the vet, where she was told it was a rare anomaly, but the kitten was otherwise fine and healthy.

Bri was still concerned about her well-being, but soon after that she got a little stronger, and her hair began to grow.

But the kitten still didn’t look like its siblings or parents.

When Bri began hunting for information online, she discovered a cat that resembled Gracie. As the kitten grew, the woman continued to search for information, and eventually she found out that Gracie was indeed a wolf cat (Lykoi).

In fact, this is the same domestic cat that has become a “victim” of a natural genetic mutation. Her fur grows in a special way, besides, she sheds every 6 months.

This unusual coat can be combed in any direction, just like a wolf. Lykoi skin is very sensitive and needs extra attention.

It is necessary to protect the cat from the scorching sun and lubricate with a moisturizer so that the skin does not begin to peel off.

The owner admits that she loves Gracie very much, she can’t help but kiss her.

She says: “Gracie has a certain pleasant smell and I like it. I love kissing her even though she pushes my face away with her paws. She has such beautiful eyes!”

Recently, the woman shared the story of the unusual Gracie in a video on TikTok, and now the video has gone viral. 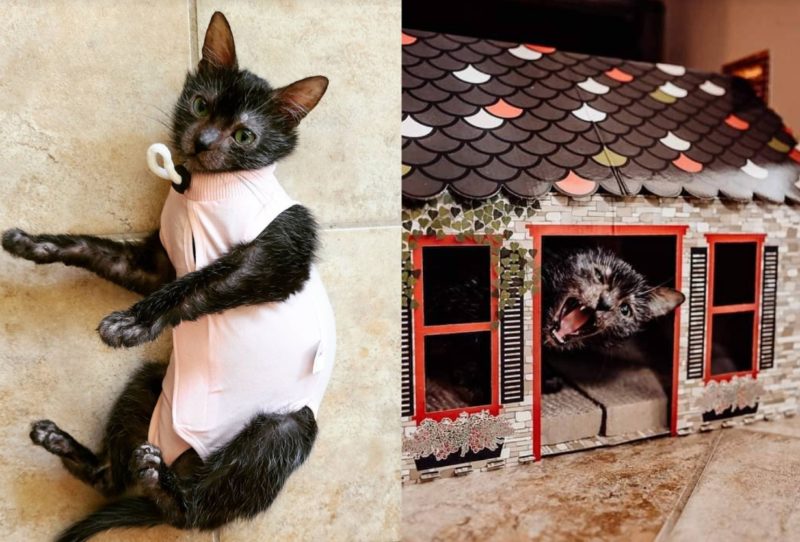 It has been viewed by 6 million people, there are already 1.1 million likes.

In fact, wolf cats are very expensive, such a kitten costs about $3,000, but the owner says that she is not going to sell Gracie.

Bri says that Gracie is now healthy and happy, she loves to sleep and play. Her favorite pastime is a laser pointer.

The woman said: “Gracie travels with us in the car, she has a special backpack in which she sits. This is her playhouse and sanctuary. She is not very talkative at all, she sleeps separately on the couch. She loves chasing her tail, scratching her scratching post.”

It looks like this cat is lucky to have a family, and she is perfectly happy.

Interesting News 0 2
This woman was often called on American talk shows. The thing is that during

Interesting News 0 3
A woman from Richmond, Virginia found a cat near her house that was stuck

Interesting News 0 133
What is the cruelty of schoolmates, Breanna Bond knows firsthand. The girl, even in

During the concert, Pink saw a poster in the crowd of fans and stopped the performance: everyone was crying
Interesting News 0 604

The whole school was bullying a 9 year old girl because of her weight: just look at her now
Interesting News 0 133