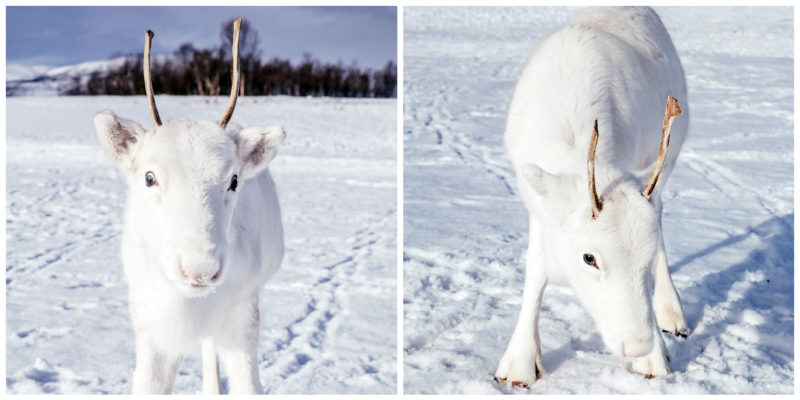 Most recently, 24-year-old photographer Mads Nordsveen, while traveling in Norway, came across a rare white fawn. 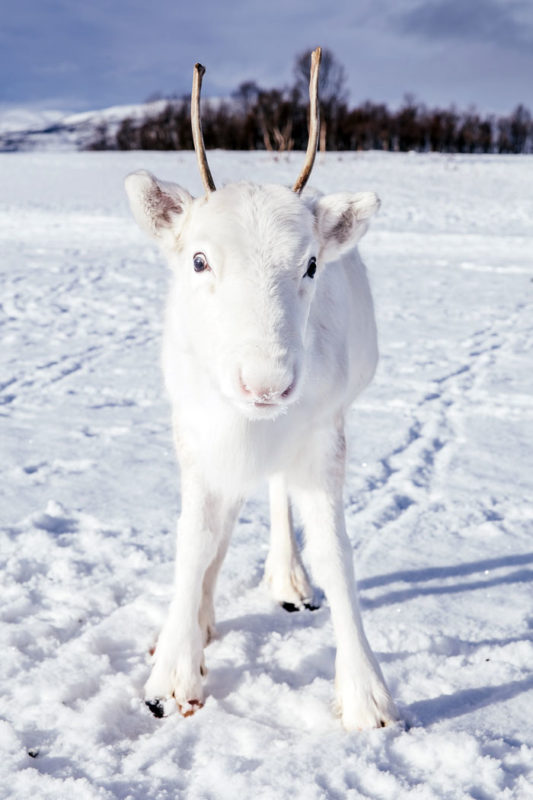 When he was walking in the mountains to find beautiful landscapes to photograph for his travel album, this little snow-white miracle appeared completely out of nowhere.

The fawn was absolutely white and was almost invisible against the background of snow. 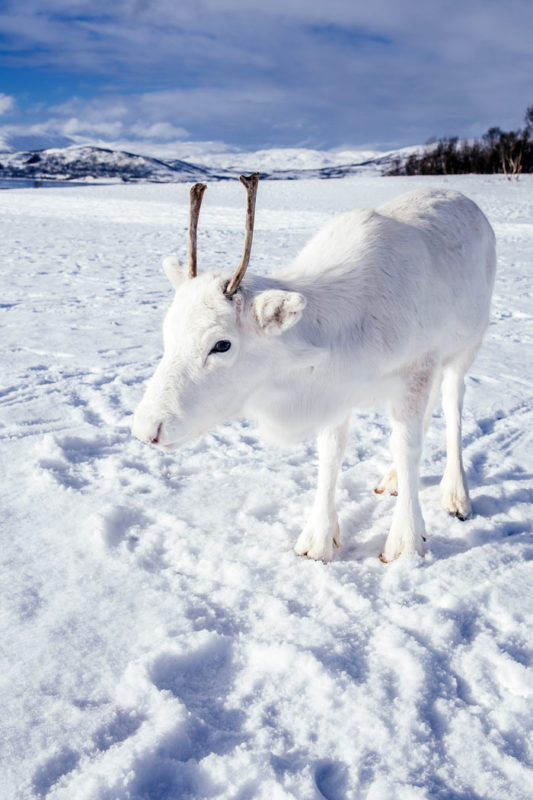 The baby deer did not hide and did not run away, but on the contrary came close to the photographer and even posed for photographs a little.

A few minutes after the unexpected meeting, the baby’s mother came out of the forest, but he walked around the photographer for some time and only then went back to his mother.

“It was a very magical moment, like it came out of some kind of Christmas fairy tale,” said Mads.

White reindeer have an unusual genetic mutation that removes dark pigment so they can fuse in snowy surroundings.

Unlike albinos, they have dark spots around the eyes and on the horns. 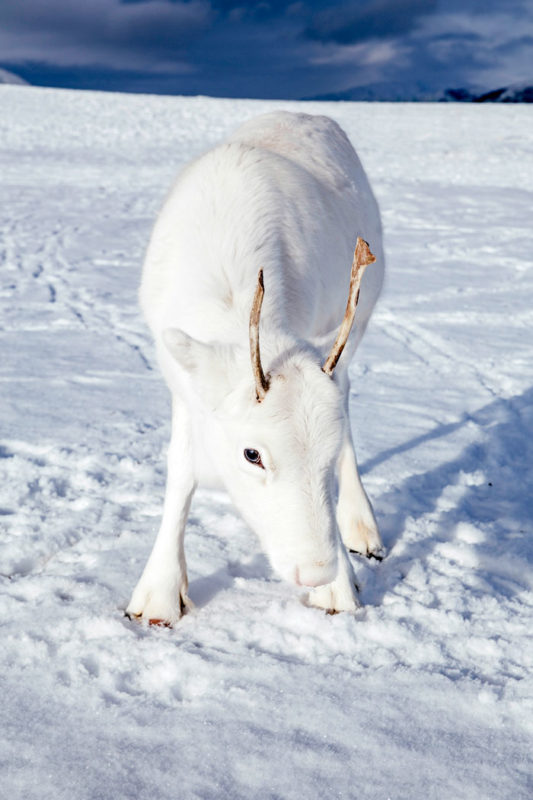 This isn’t the first time Mads has come up against wild animals.

While traveling in Norway, he met both a lynx and a pack of wolves.

Apparently there is something friendly about him since the animals are suitable for photographing.

Like brothers: the incredible friendship of the adopted boy and the dog conquers the Internet
Animals
0 135

Shelter Pit Bull was going to be adopted, but she refused to let go of her best friend
Animals
0 333