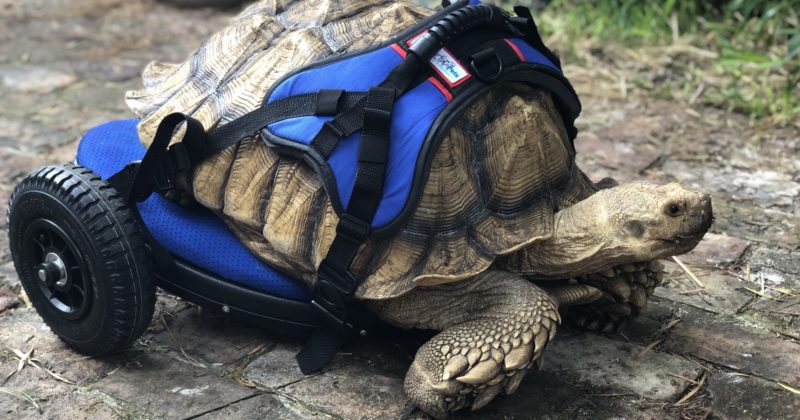 A team of prosthetists who make special installations for injured pets have created a turtle wheelchair.

They made a special platform and attached wheels to it.

An 11-year-old tortoise named George Bailey found it difficult to walk due to a birth defect.

And subsequently, the animal could remain motionless forever.

George Bailey was born with metabolic bone disease, which is why his hind legs are underdeveloped and unable to fully function. 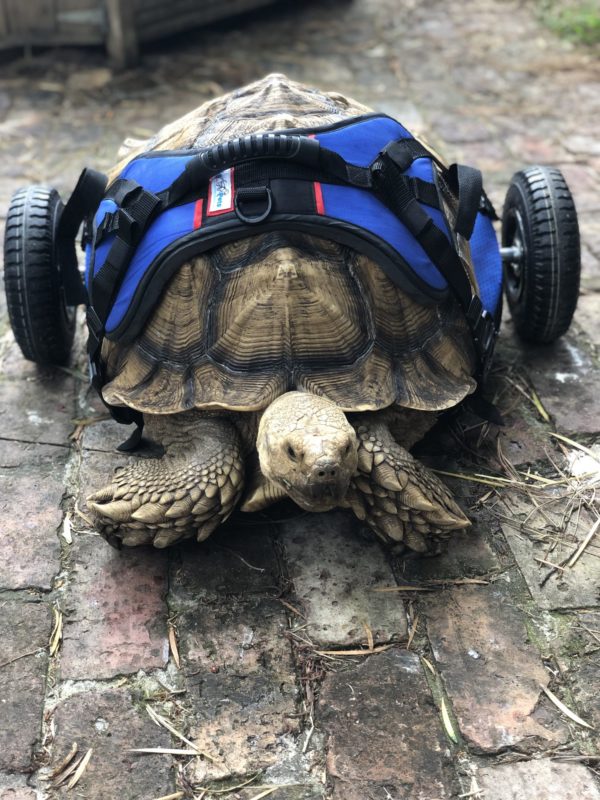 He could have died in the wild, but, fortunately, Jaime Loebener saved him and now George lives with his owner in Tennessee.

“He uses his front legs to make his way slowly and awkwardly. But the bigger he gets, the harder it becomes for him to walk,” – says Jaime.

George is a spurred turtle, which means that he can live up to 100 years.

In addition, this type of land animal is the third largest after the elephant and giant tortoise. And its weight can reach up to 200 pounds.

Realizing the future for poor George, the caring owner began to look for opportunities to help him. 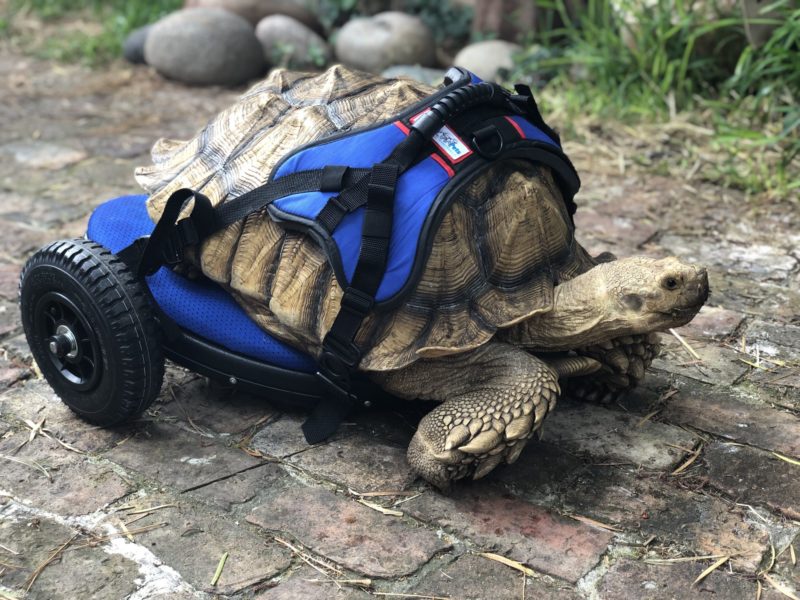 One day she came across the story of a turtle that went under the wheels of a car and remained paralyzed on his hind legs.

But he was helped by prosthetists from Walkin’ Pets, who made a wonderful wheelchair for him and now the animal is racing on its wheels.

Therefore, without wasting time, the woman turned to them.

The talented team created a custom wheelchair for George. The design also has a tourniquet that can be expanded as the animal grows.

Now George can run around the yard as fast as his nature allows him.

“We believe that pets are family. And those who get old, get disabled due to injuries, also deserve a happy and fulfilling life”, – say the prosthetists from Walkin’ Pets.

The shelter pit-bull thinks that he is a cat, and his new family keeps posting photos to prove it
Animals
0 577