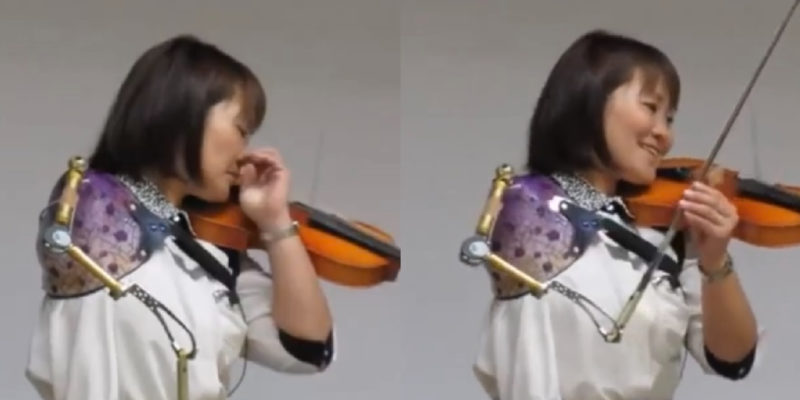 People are discussing a Japanese woman who learned to play the violin with one hand.

The woman does this with a special prosthesis on her shoulder, to which she attaches the bow. 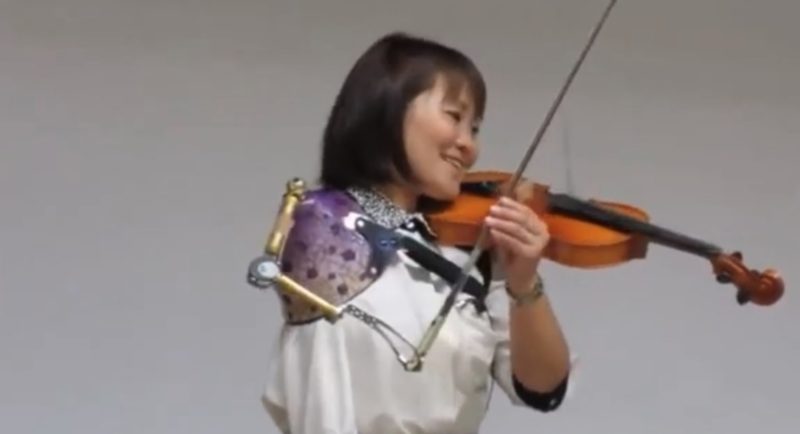 However, having heard her music, at first one may not believe that it is performed by a person with one hand.

In early September, a video of a Japanese woman playing the violin gained great popularity on Facebook. Sounds like nothing special, right?

But the woman does not have a right arm – her limb is replaced by a long mechanical prosthesis, which is attached to a kind of cover on her shoulder. A bow is held at the end of it. 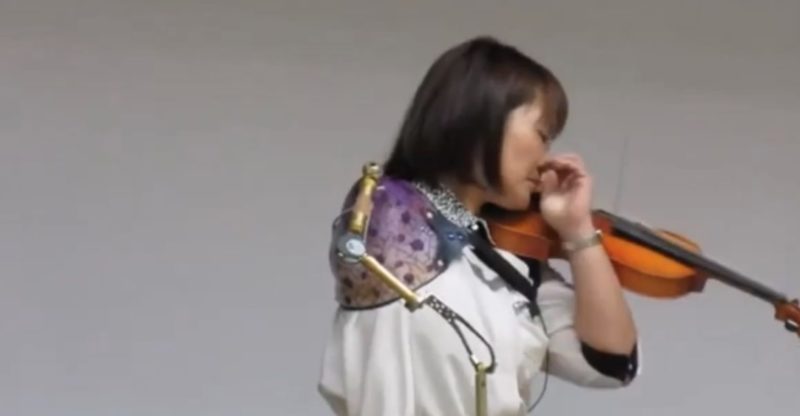 Before playing, the woman does a little warm-up. Then she puts the bow on the violin.

At first glance, the design looks rather clumsy, and it seems that something is unlikely to come of this venture.

But from the very first sounds of the violin, doubts about the play of the Japanese woman completely dissipate.

She makes the instrument produce an amazing melody by moving her right shoulder. 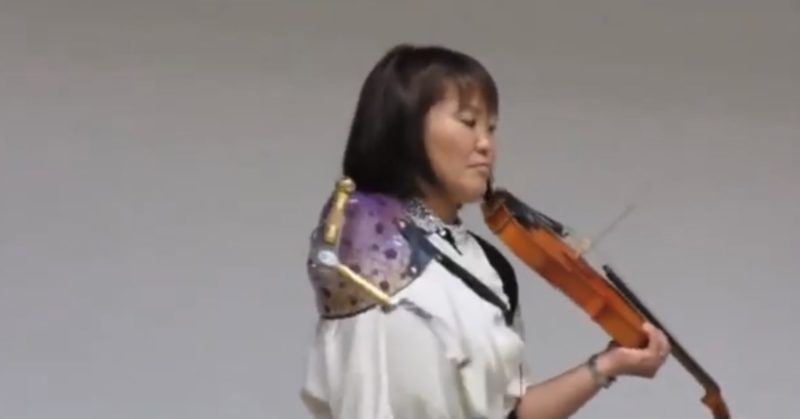 A video of a woman playing the violin was posted by a Facebook user from Japan. And in five days, the video gained almost ten million views.

The woman’s name is Manami Ito, and she is fond of not only music, but also swimming.

Manami competed at the 2008 Paralympic Games in Beijing and 2012 in London. The woman works as a nurse. She is also raising a child.

Dog was sitting on the car and did not let anyone close: the stolen car was returned to the owner with a new friend
Animals
0 198

Family goes to the movies for 3 hours, comes home to find the dog has completely destroyed their entire house
Animals
0 1035