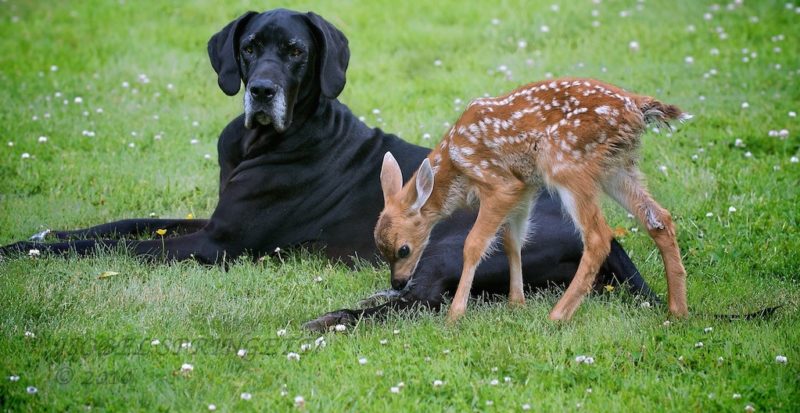 There are numerous stories about the unlikely friendships in amazing animal planet.

Especially, we witness every day countless incredible bonds between dogs and other various species.

Dogs are very caring creatures, they are ready to help all those in need. 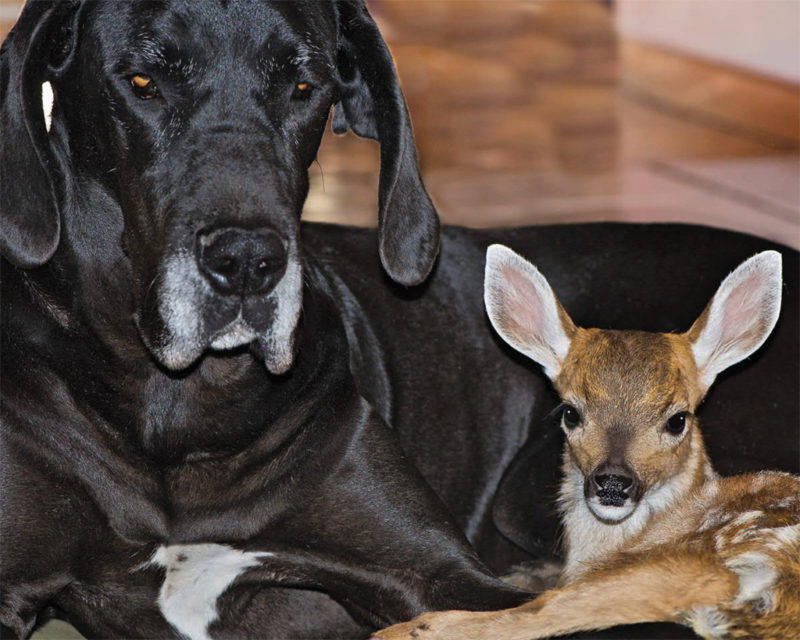 This is a story of Kate and Pippin, a great Dane and an orphaned fawn, who’s wonderful friendship became an inspiration source for a writer of children’s book.

This beautiful friendship began in Vancouver Island, when a kind photographer, Isobel Springett, found a fawn wandering nearby of her property, who desperately cried for 2-3 days. Apparently, she lost her mother or got separated from her somehow. In fact, she was helpless and alone.

Isobel understood, that leaving alone, this little creature would not survive in the wild, so she took her home and began to take care of her.

The next step she did, it was to introduce the little creature, named Pippin, to her pet, Kate. 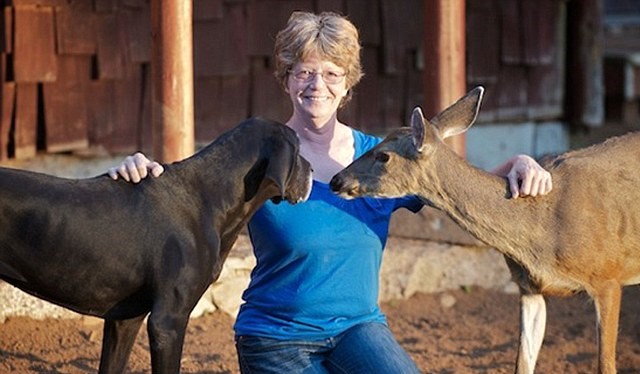 Her reaction surprised the kind woman. She fell in love with this little soul at the first sight. A couple of days later, they already were two inseparable friends.

It is not that easy to get adjusted to a new environment and people, but for this little fawn it seemed everything so familiar, as she was surrounded by warmth, kindness and love.

Kate was so gentle to Pippin, her comfort helped the orphan animal to move on.

They spent their entire time together, playing and even napping together in the same basket.
When, Pip became 2-month-old, it was the time to release her to the woods.

Kate was so sad and unhappy. But she was pleasantly surprised, when the next day she appeared again. And so she did every day.
Their bond was so special and beautiful, that Isobel’s brother, Martin Springett wrote a book, named “Kate and Pippin: A unlikely love story”.

Nanna Merle, 98, knits tiny woolen jumpers for penguins to keep them from getting cold
Animals
0 154