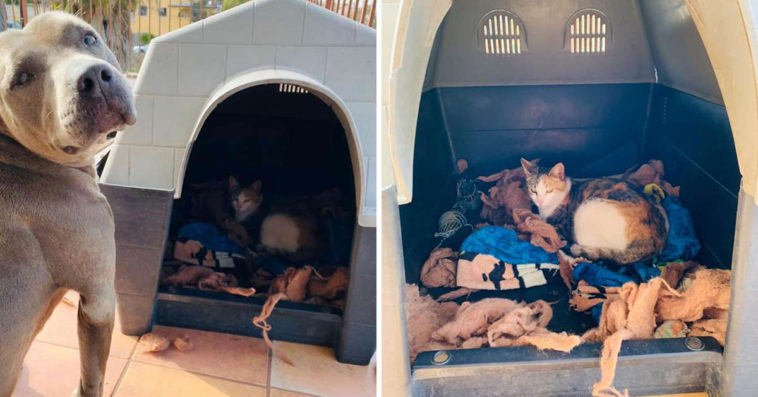 Speechless dogs are very kind and compassionate, gentle souls, who are ready to help those in need.

Recently a dog, named Hades, proved that he is a dog with a big heart, who gave as a harbor his dog house to a pregnant stray cat, so that she could be in a safe and comfortable place with her kittens to be. 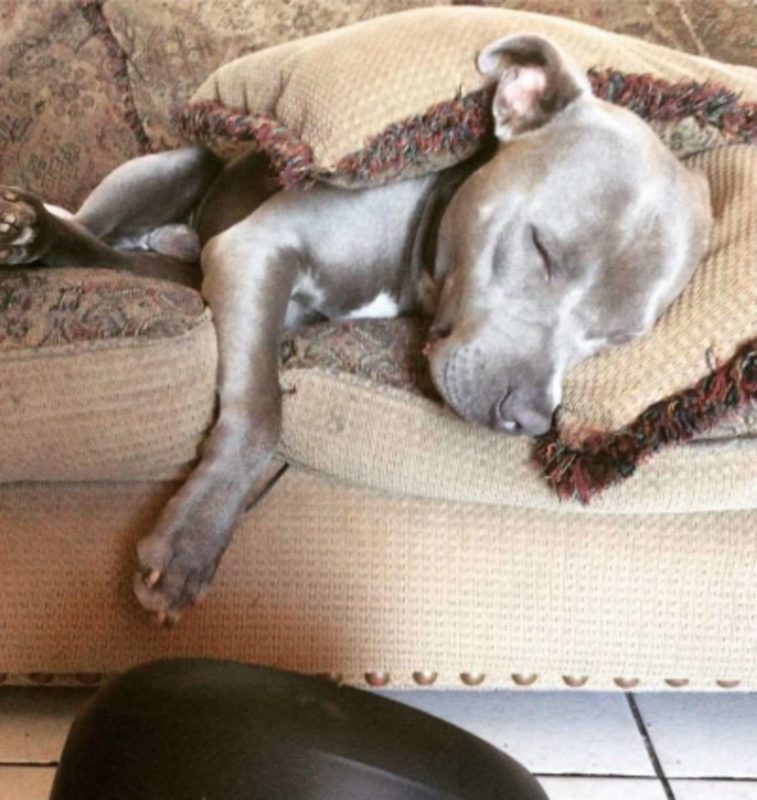 Long time he noticed a stray cat passing by his house or wandering in their neighborhood, and, as he couldn’t come close to her, always left food for this poor cat.

Hades was a witness of his owner’s kind action, and soon he tried to repeat it of his own way. 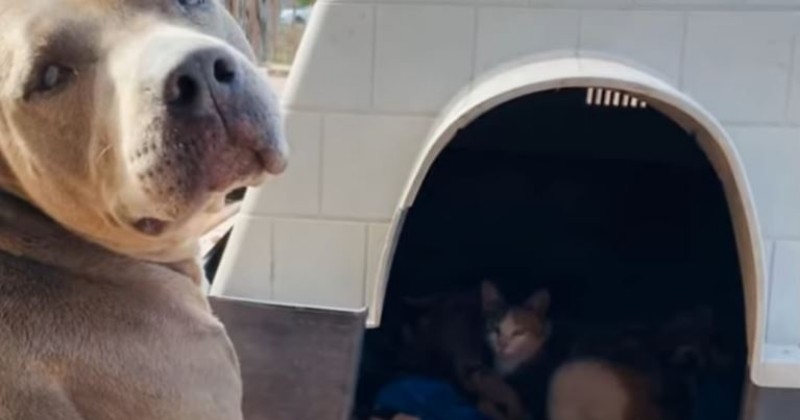 One day, when Juan was at home, he heard someone knocking at his door. He, initially, thought, it might be a man, but he got surprised to see in front of his door his beloved pup.

Juan quickly understood that his Pitbull wanted to show something important.

He, immediately, followed his dog and saw a heartwarming scene. Hades invited this stray cat to dwell in his house, who was pregnant and, apparently, about to have her babies.

Kind Hades, feeling the fragile state of this cat, gently offered his shelter to the future mom.

Juan was pleasantly surprised and proud of the kind gesture of his dog. He, at his turn, did everything for the soon-to-be mom  cat to feel comfortable at Hades’ harbor.

Hades was always next to the cat Nicol, keeping an eye on her all the time.

After a couple of days, Nicol gave birth to twins. Juan decided to transfer the mother cat and her little kittens into his house. Hades join them. 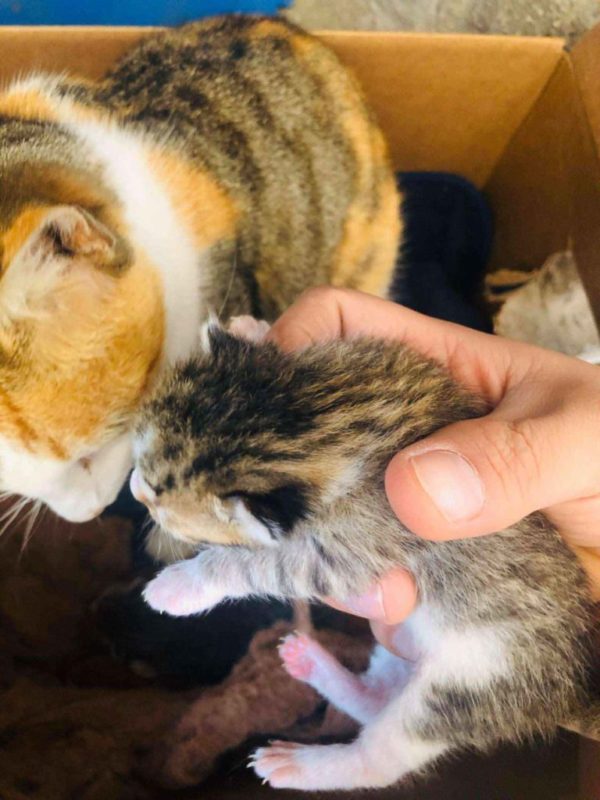 Juan soon realized, that Hades and Nicol became best friends. The time they have spent together make them closer.

And now, after the birth of the beautiful kittens, Hades started to act like a father, a caring, attentive, loving and tender father for those little creatures.

Juan intends to find a forever home for the little kittens, when they grow up, but in no case to separate this wonderful duo, Hades and Nicol.

Their amazing bond is so incredible.

The bear cub was not able to catch up with his mother and siblings, fortunately, his life was saved by the brave policeman
Animals
0 865