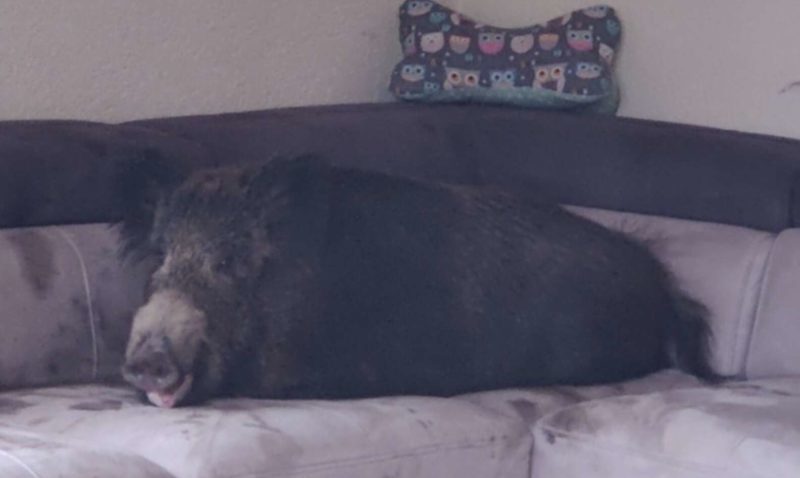 A resident of the German city of Hagen returned home and found an unpleasant surprise.

The living room was turned into a continuous mess, the lamp was lying on the floor and there was a terrible mess all around.

And then she found the intruder and immediately left the house. 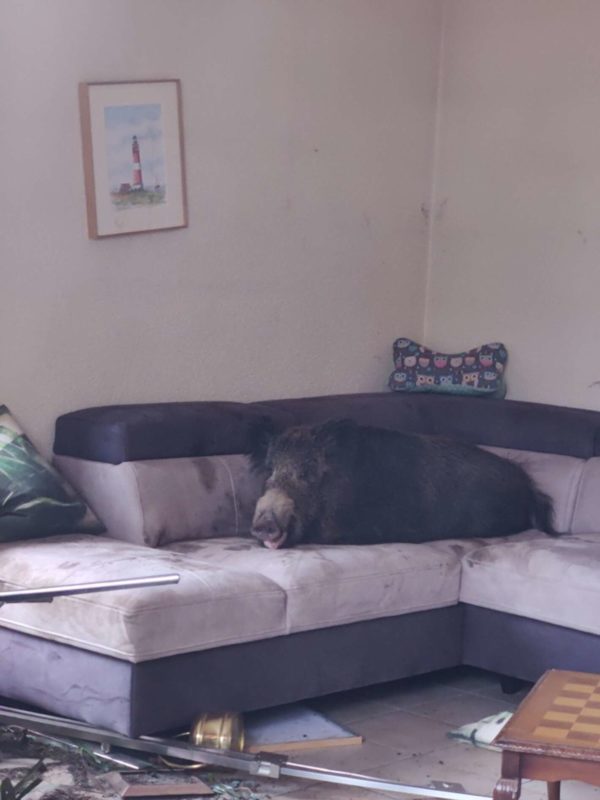 Her living room was destroyed, the furniture was in disarray, the legs of the coffee table looked gnawed, and in the middle of it all, the culprit of the chaos lay unashamedly on the sofa.

He turned the apartment into a barn — literally.

On a gray elegant sofa he lay: a boar, a wild boar – in general, a wild pig from a wild forest. The boar looked quite pleased.

You could even think that he was smiling. He definitely never felt so comfortable.

But the mistress of the house did not even think of giving up her house to an unexpected stranger – and together they would not get along.

She closed the door on the other side and dialed the police number.

Fortunately, the police did not decide that they were being played and did not offer the hostess of the house to deal with the boar without their help. 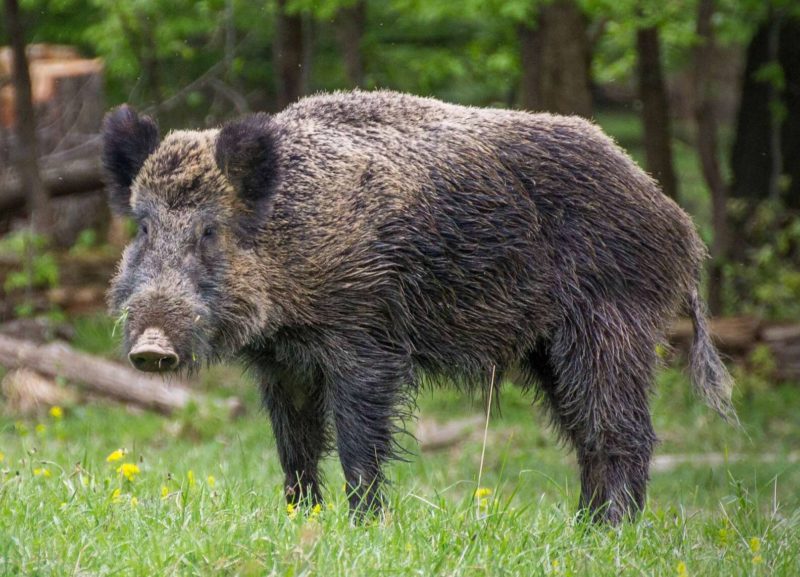 They treated the statement as if it were a simple break-in and immediately arrived on the scene.

The police managed to convince the almost 60-pound wild boar that he should leave the house.

He just jumped over the fence back into the wild, and the mistress of the house was left to deal with all the mess that the wild beast had made.

Interesting News 0 66
What the art of make-up is capable of, make-up artist Gemma Horner demonstrated to

Interesting News 0 17
People meet, people fall in love, get married… Then, when they have children, life

Interesting News 0 16
The girl showed herself without makeup, and people cannot believe that this is possible,

Meet Chris Barnes, an Australian hero, who devoted his entire life to rescuing orphaned kangaroos in his homeland
Interesting News
0 201

This 40-year-old woman is having her 20th child, the life of this family will surely amaze you
Interesting News
0 311