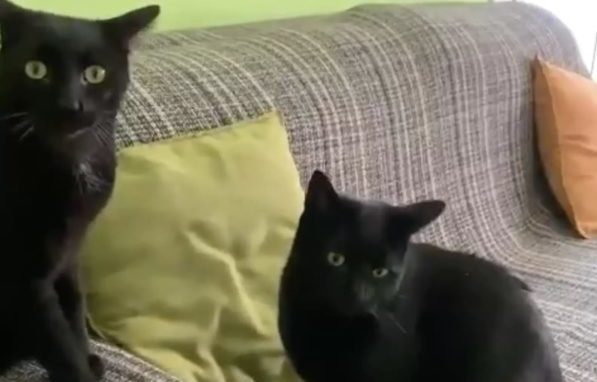 The black cat Maia lives in the Nieves Morán family almost from birth.

Sweet and affectionate, she has long become everybody’s favorite, which is allowed almost everything in the world. 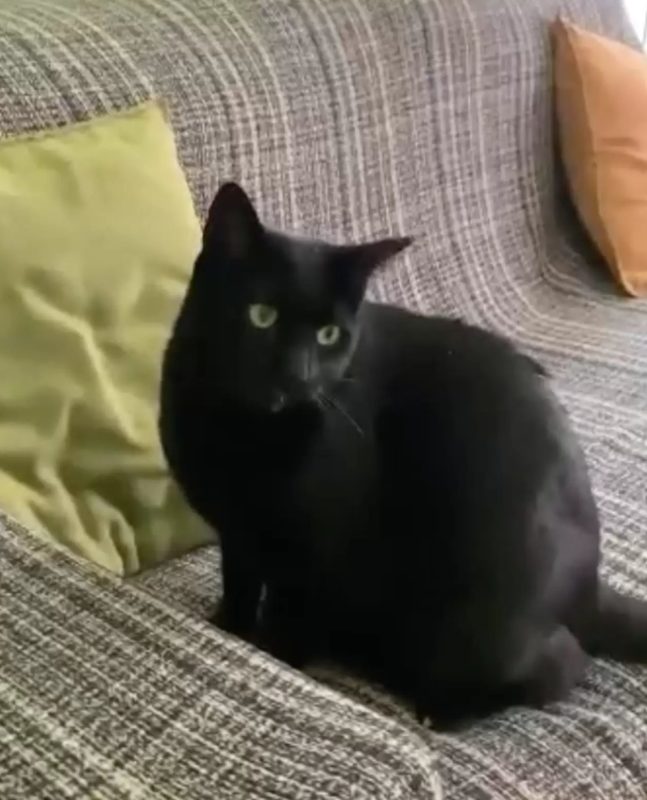 Maia spends most of her time at home, but sometimes she goes for a walk in the garden.

One day, her owners returned from work and, noticing the open door, decided that the cat had come out to get some fresh air.

Papa Nieves noticed Maia and called out to her.

His favorite came up and snuggled up next to him – the same way as usual. 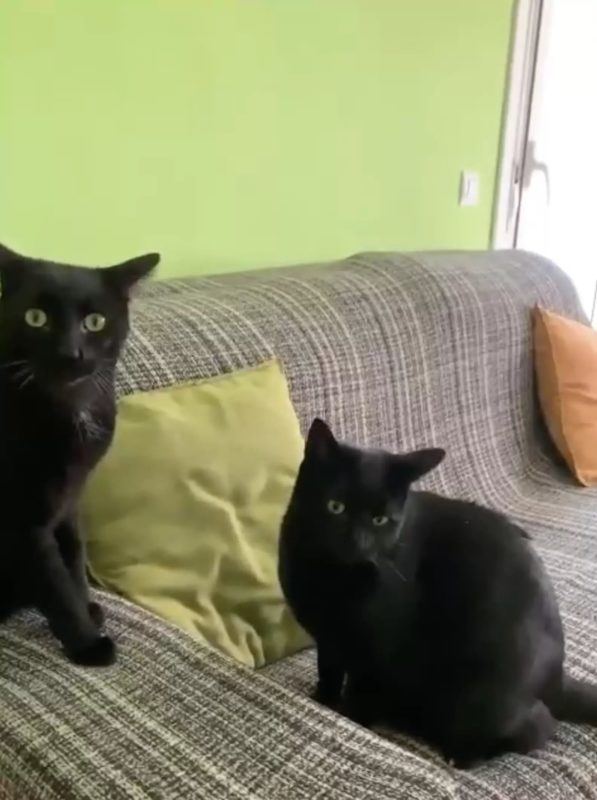 What was the surprise of the family when in the living room they found the second same Maia, sleeping peacefully on the sofa.

The cats looked exactly the same from head to toe, and looked at the astonished people with the same green-yellow eyes.

The owners realized that someone else’s pet had come to visit them. But they could not distinguish one cat from another.

Both animals felt very comfortable in the house and responded to the voice of the owners. 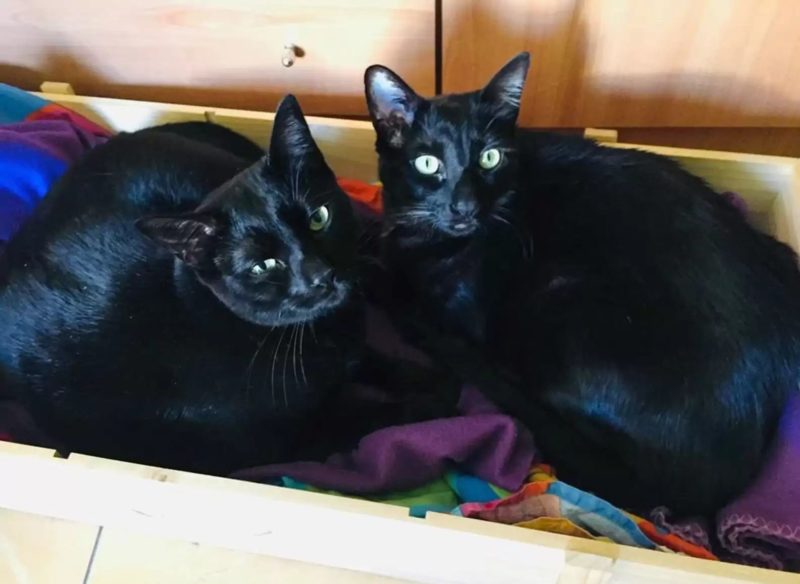 They reacted to each other calmly – as if they had known each other for a long time.

This is the first time the Nieves family has been in this situation.

After examining the animals, they managed to identify an unexpected guest.

They posted a photo of the cat on the Internet, put up fliers about him around the area, and even took the cat to the veterinarian to have its microchip scanned. 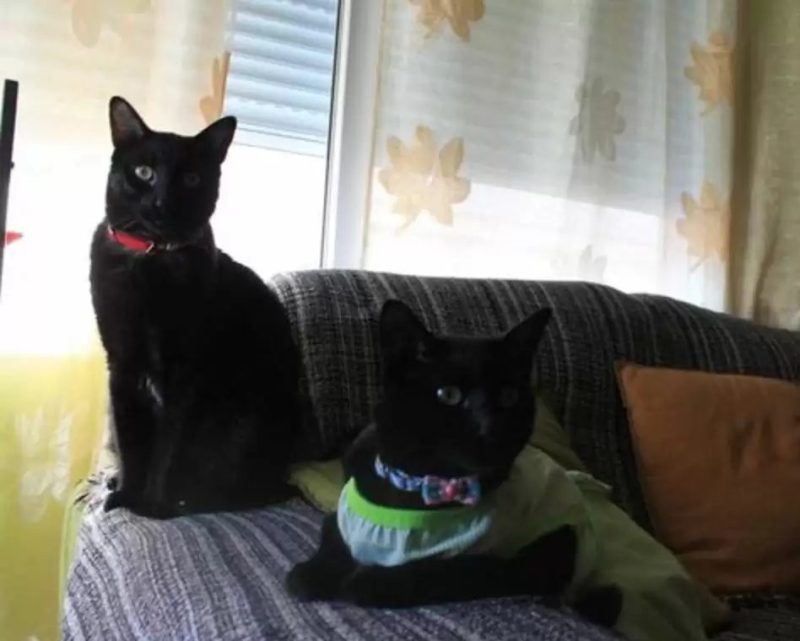 But it turned out that Jay was not chipped, and no one was looking for him. So the family decided to keep the black cat for themselves.

Jay soon became an integral part of the family.

He became very good friends with Papa Nieves and now spends almost all of his time with him, curled up on his lap.

With Maia, the cat also lives in perfect harmony – as if fate itself brought the animal to this house.