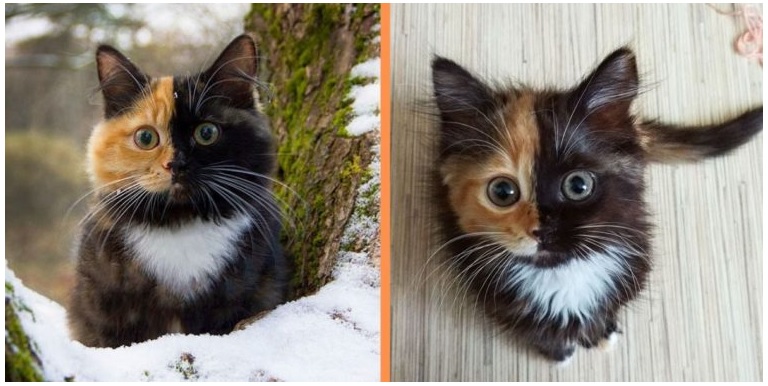 A cat named Yana with a unique coloring wins the hearts of netizens.

Today, more than 87 thousand people are watching the life of a “two-faced” kitty on Instagram.

The owner of a rare cat, Yelizaveta, lives in Minsk, Belarus. She said that she chose the nickname for her pet for a reason: “Yana was named after the two-faced Greek god Janus”.
The girl is sure that her cat is extraordinary “both inside and outside” 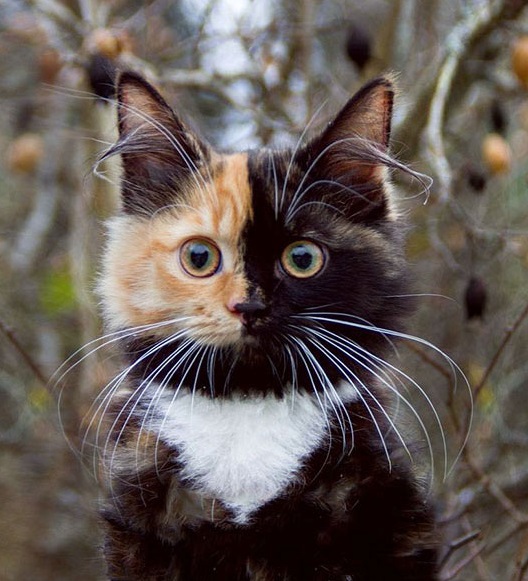 Fans adore the 5-year-old cat no less than Yelizaveta herself, admiring her rare color, and even paint Yana in pictures. However, Yelizaveta herself is fond of creativity, so very often her pet becomes a muse for her drawings.

Experts note that such a color for cats is very rare. Such a feature is widespread among tricolor cats. Cats of this color have not yet been found in nature at all. 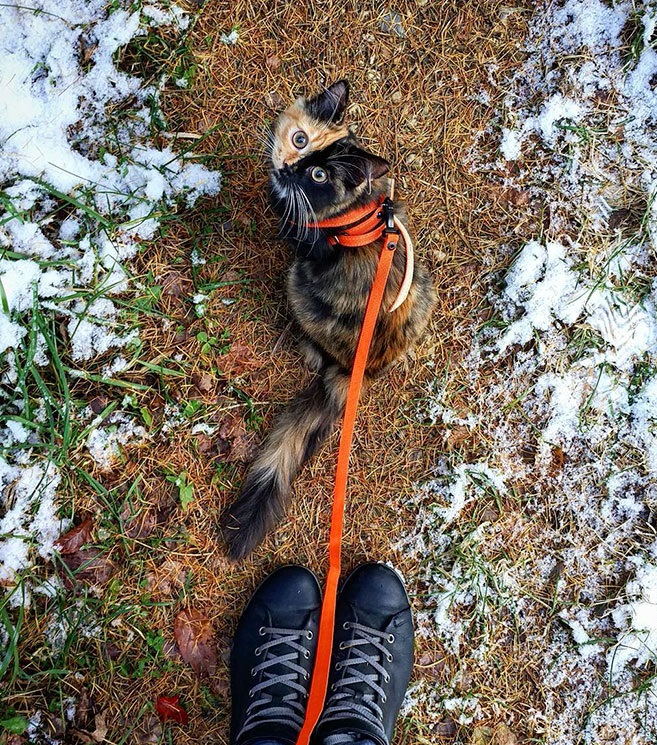 Only a few representatives of the cat family of this color are known in the world. The most popular of them is the Venus cat. Her peculiarity lies not only in the perfectly even separation of black and red color on the face, but also in the fact that the cat’s eyes are of different colors – one green, the other blue.

According to scientists, Venus and cats like her are a miracle of nature, the origin of which can only be explained by long-term studies in the field of genetics. 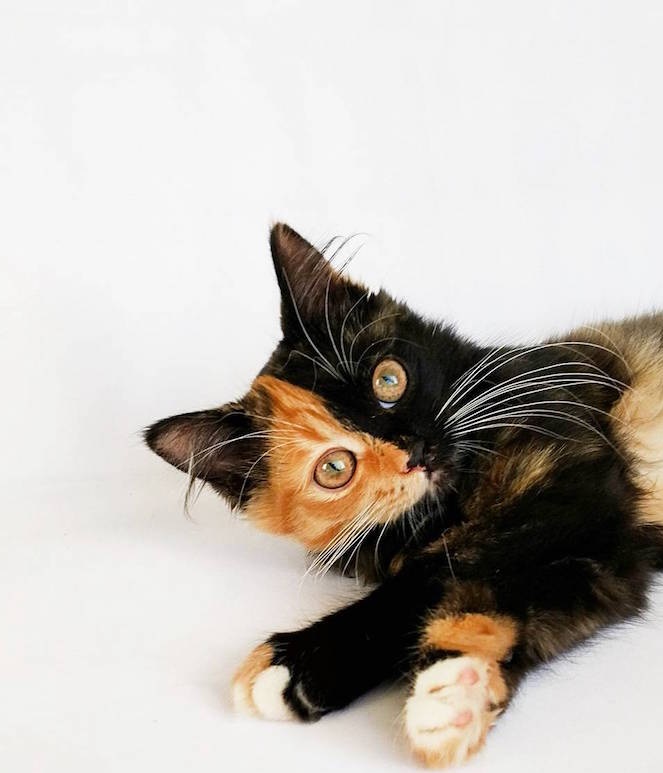 Some experts believe that animals with similar oddities are chimeras. It means that there are different sets of genes in different cells of the same organism. The heterogeneous gene composition leads to the fact that the animal looks as if it was “made up” of two different creatures.

Florida man fights off alligator that attacked his dog: “I’d fight tooth and nail for him”
Animals
0 155

After the unexpected death of the mother swan, the father swan took full responsibility for his newborn cygnets
Animals
0 259
Our Top Posts