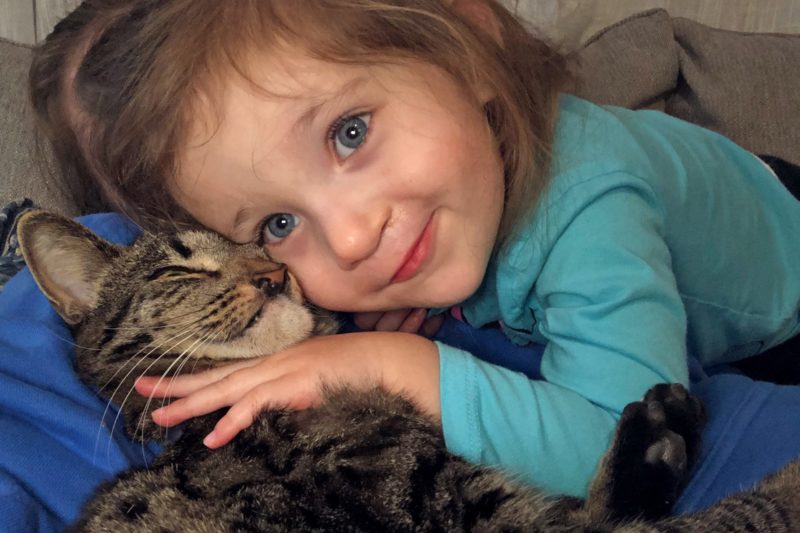 Caitlin Cusack found out that her daughter would not be like everyone else before the baby was born.

Doctors warned the mother-to-be that the girl was likely to be born with a defect; she may have a cleft lip.

Ivy was born in 2019. As the doctors predicted, she was born with a cleft in the upper palate.

In the first year of her life, the girl had to go through several difficult plastic surgeries. But by the age of two, she had already fully recovered. 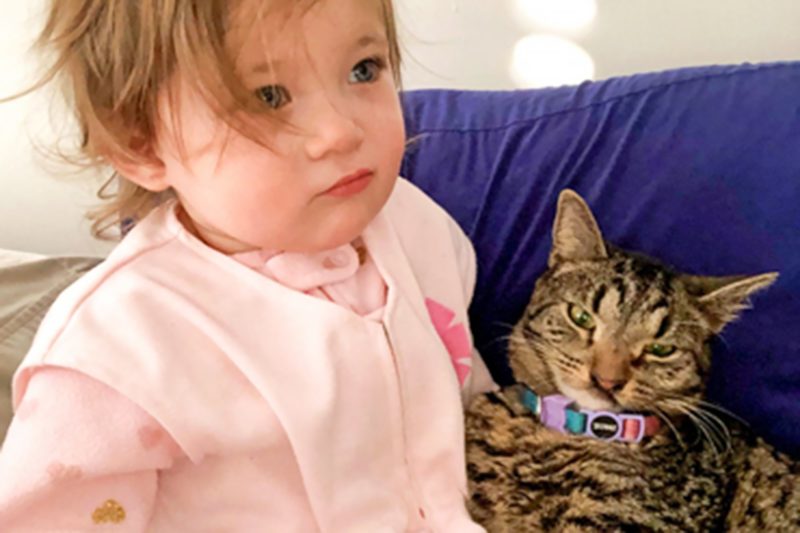 And in the first two years of her life, it turned out that the baby was just crazy about cats.

At home, the young family had an adult cat. They developed friendly relations, but the cat did not want to become a play partner for the little girl.

So the parents decided to have a little, energetic kitten for their daughter.

They firmly decided that it should be an animal from the shelter. And then one of Caitlin’s friends sent her a photo of Sargent Pepper.

The meeting with Sargent Pepper seemed like a sign of fate: the kitten had a crevice in the upper palate, and there was no one who would want to give the cat with a strange face a house.

And Caitlin’s husband simply adored the Beatles, so the cat named after the hero of their album was definitely a happy coincidence.

Volunteers helped pay for the surgery to correct the birth defect in the cat, just as they did with the girl.

The operation was successful, and the kitten was happy and healthy again.

He turned out to be a perfect companion for Ivy: they spent a lot of time together; they played together and fell asleep together on the sofa, tired of fussing and games.

The story of the incredible and touching friendship of a girl and a kitten, who had gone a similar path, was told by the volunteers at the competition, which was announced by a well-known sports company – and won, one of hundreds.

They received a grant of $25000: this money fully covered the cost of Sargent Pepper’s operation and made it possible to make many families and many abandoned animals happy.

A café on the Greek island of Lesbos opens its doors every night to stray dogs, thus protecting the animals from the cold
Animals
0 352

A kangaroo seen on a roof was reported to the fire department, but they thought it was a joke
Animals
0 76