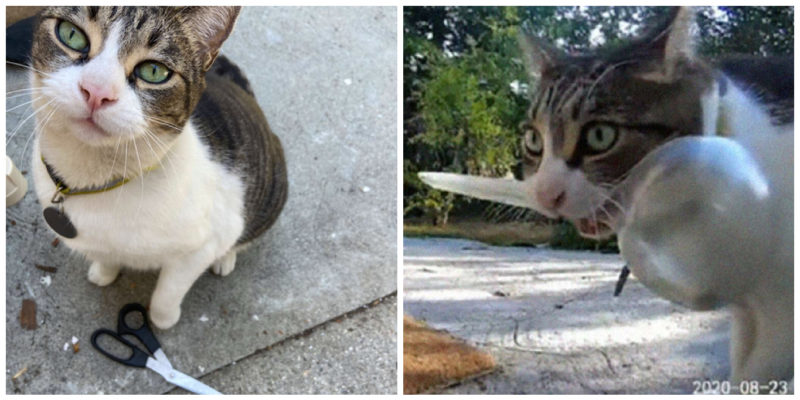 The cat secretly brought various little things from the neighbors to please her mom. 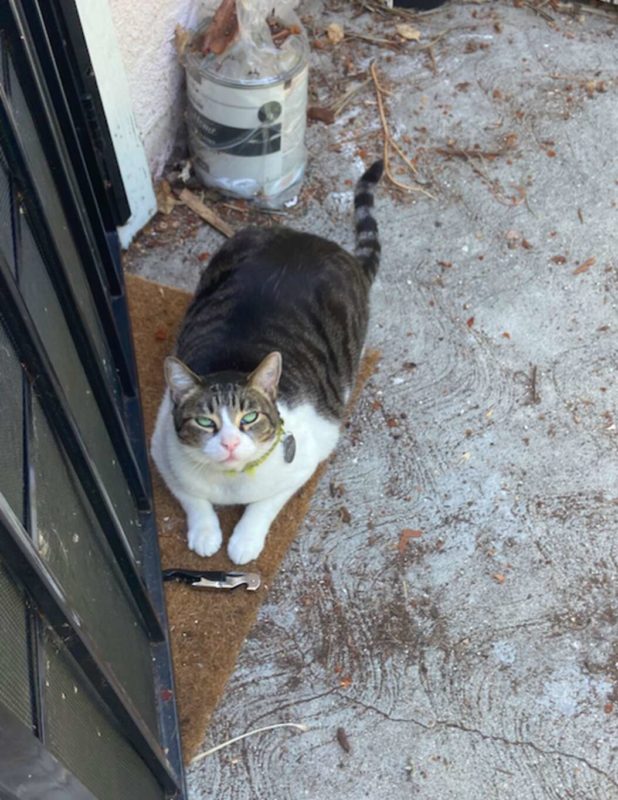 The woman did not even know where the pet brings “gifts” from.

The woman immediately fell in love with the striped baby and could not leave her. 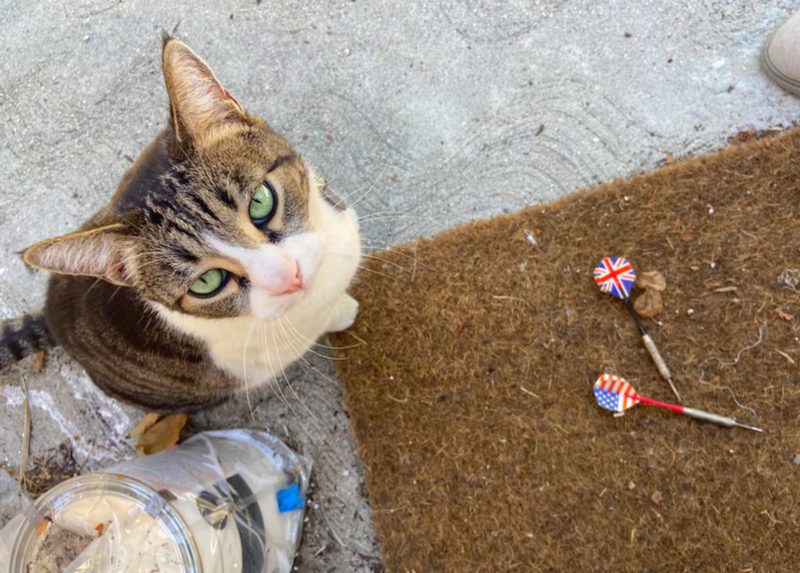 When the woman moved from apartment to house, China turned into a hunter.

After almost every walk, the cat returned with some kind of prey, which she gave to Mónica.

For example, it could be socks, cigarettes, matches, scissors, wrenches, darts.

According to Mónica, she did not immediately understand where the pet brings this from.

Subsequently, it turned out that she “robbed” the neighbors. Then the woman began to return the stolen items to the owners.

“I returned all the things to the neighbors, but every time China took them again and brought them to me with a displeased face. It seemed that she wanted to say: “I gave this to you,” Mónica said. Monica even installed a box next to the house, in which she began to put all the things stolen by the cat. 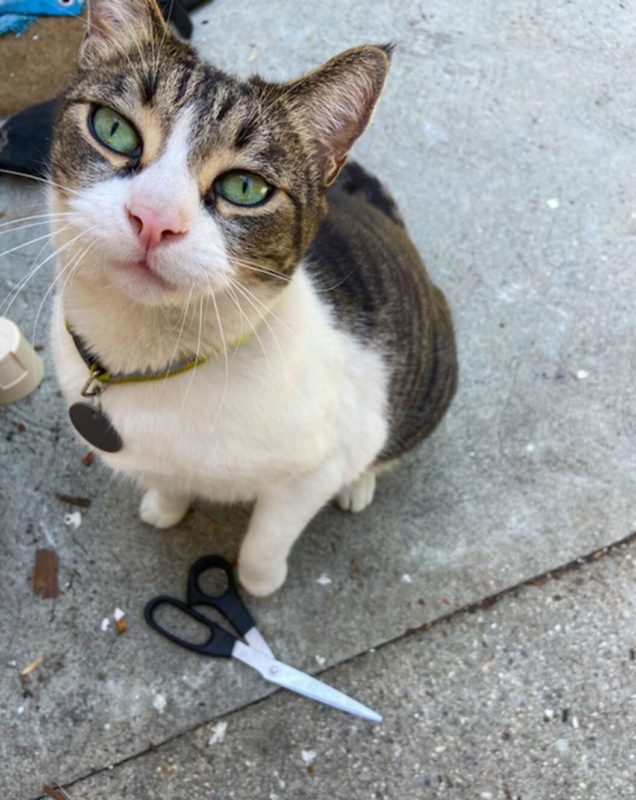 “China loves to wallow in the mud, hunt, steal, throw things off the tables and annoy me in every possible way. However, I still love her to death and will never leave her,” said Mónica.

A young photographer discovers a starving dog, that was all skin and bones, alone on remote island and saves his life
Animals
0 667

Meet Constable Sam, the lamb who fell off a truck and landed a better life
Animals
0 110