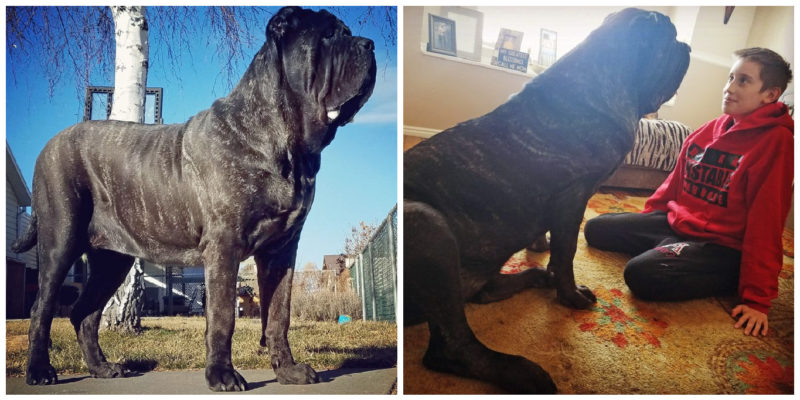 Salt Lake City resident Jared Howser was considering getting a large guard dog after his house was attacked.

Then, his pet Cane Corso died tragically – the robber threw the dog out of the window, and he crashed to death. 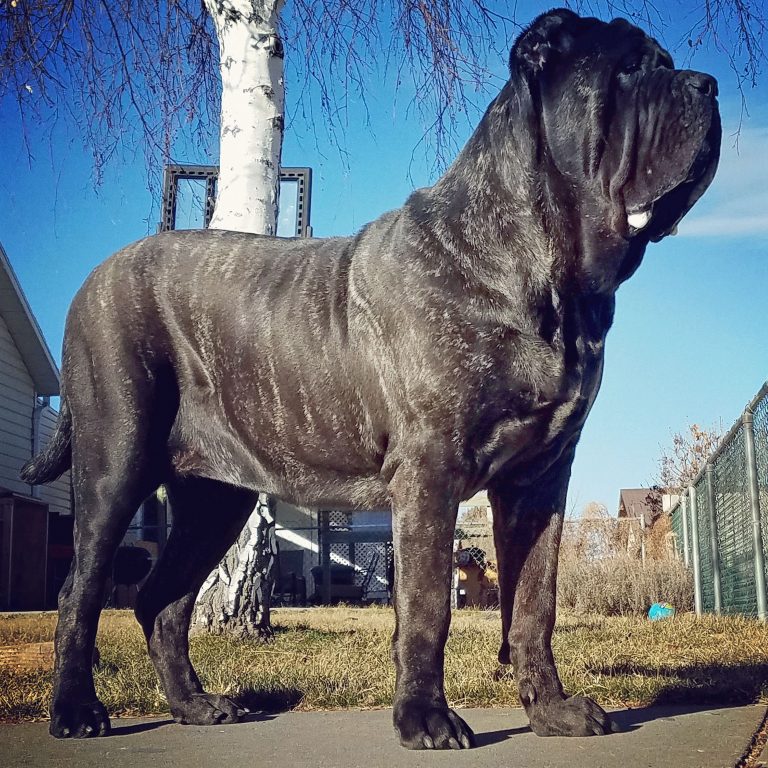 Having learned about the imminent appearance in the USA of a unique breed obtained by crossing English and Neopolitan Mastiffs, which are considered direct descendants of the legendary Mesopotamian Molossus, Jared decided to purchase a puppy from the first brood.

So the four-month-old Euphrates appeared in his house.

At that time, the puppy already weighed about 130 pounds. 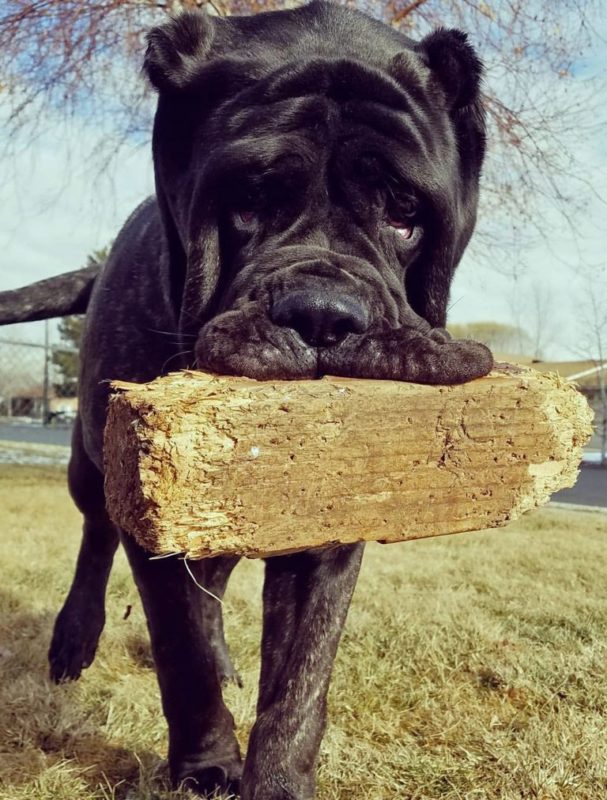 By six months, the dog could easily put her face on the dining table without even getting up from the floor.

The owner of the unique pet called hundreds of breeders of large breed dogs, looked at many sites on the Internet, and also clarified information at the Guinness Book of Records office.

And it turned out that Euphrates is the largest puppy in the world.

Her value is also impressive.

To purchase an American Molossus, you will have to pay at least 5 thousand dollars.

According to Jared, it is not easy for him to communicate with a pet. 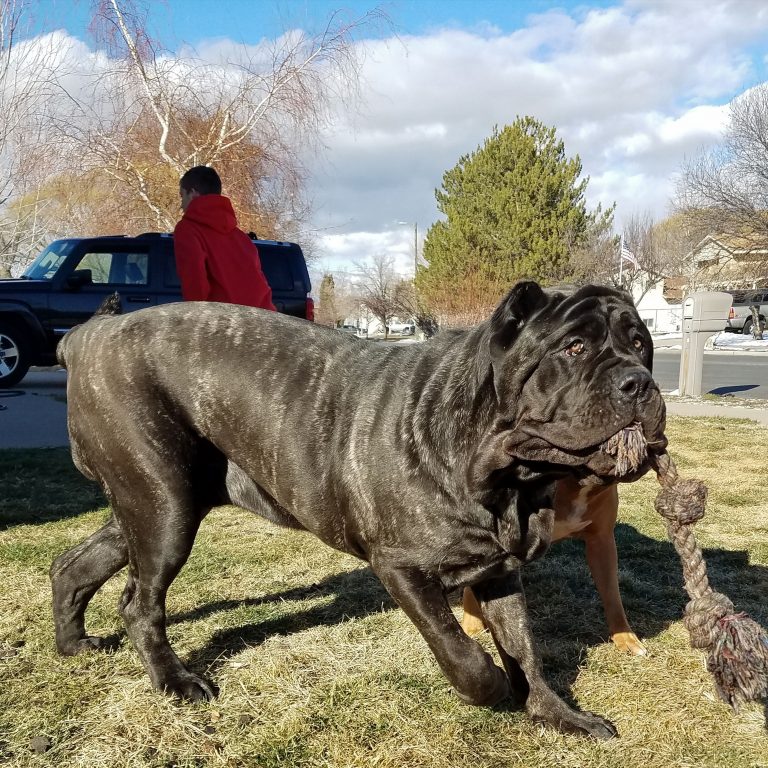 Euphrates, just playing, easily knocks the owner to the ground – despite the fact that he himself weighs more than 220 pounds. Even just wagging her tail, the dog can knock a person down.

“When people see Euphrates, they always ask me how I manage to control her and call me a lion tamer,” says Jared. 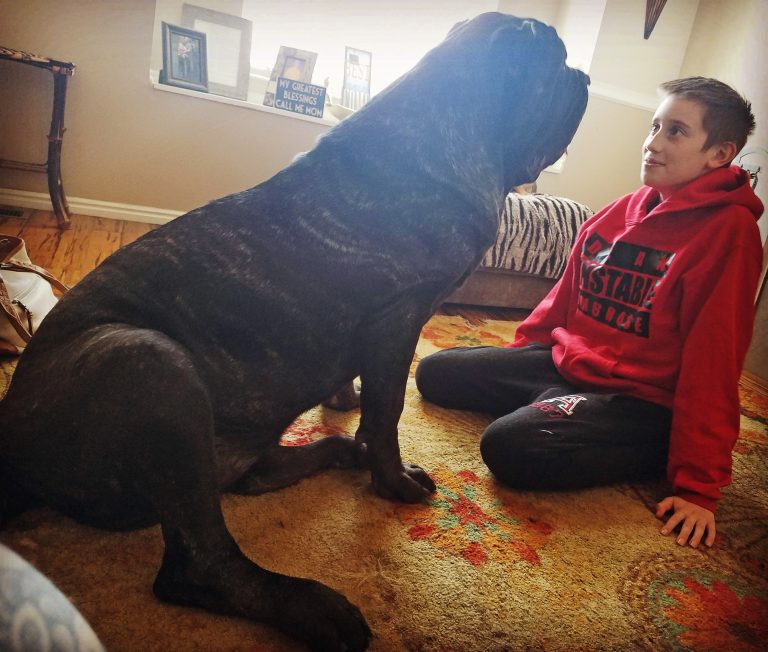 According to him, the pet makes such a strong impression on people that several accidents have already occurred because of it. Drivers stare at a walking dog, losing control of the car.

Despite her stature and stern appearance, the dog does not show aggression.

On a walk, she even lets strangers stroke her – however, not everyone dares to do this. 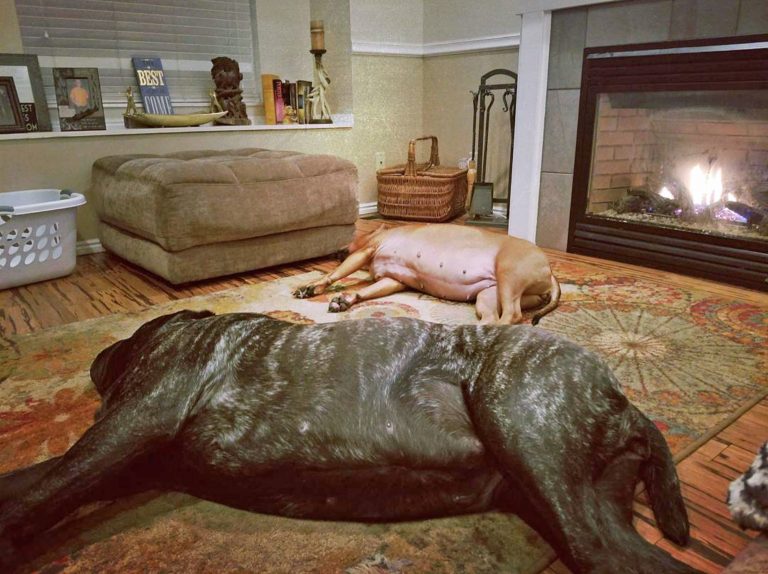 In addition to Euphrates, a fearless pit bull lives in the house, which freely plays with a giant dog without the risk of being bitten.

Pets’ favorite pastime is tug-of-war. The pit bull pulls it, and Euphrates simply holds the other end, calmly watching the efforts of her friend.

After her puppy died from a cleft lip, the woman sets out to help other such animals
Interesting News
0 224