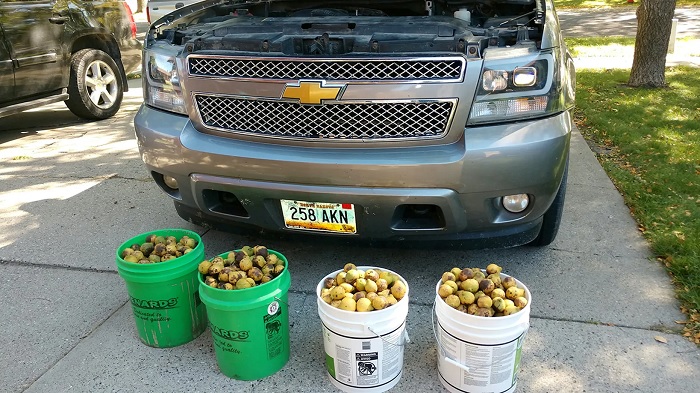 Bill Fischer from North Dakota found a warehouse of walnuts under the hood of his pickup truck.

The squirrel took a fancy to the car, and decided to equip its storehouse there for the winter.

This find did not come as a surprise to the man.

The fact is that, since 2013, every time his neighbor’s walnut tree yields a crop, Bill Fischer’s Chevrolet Avalanche turns into a squirrel’s storehouse. 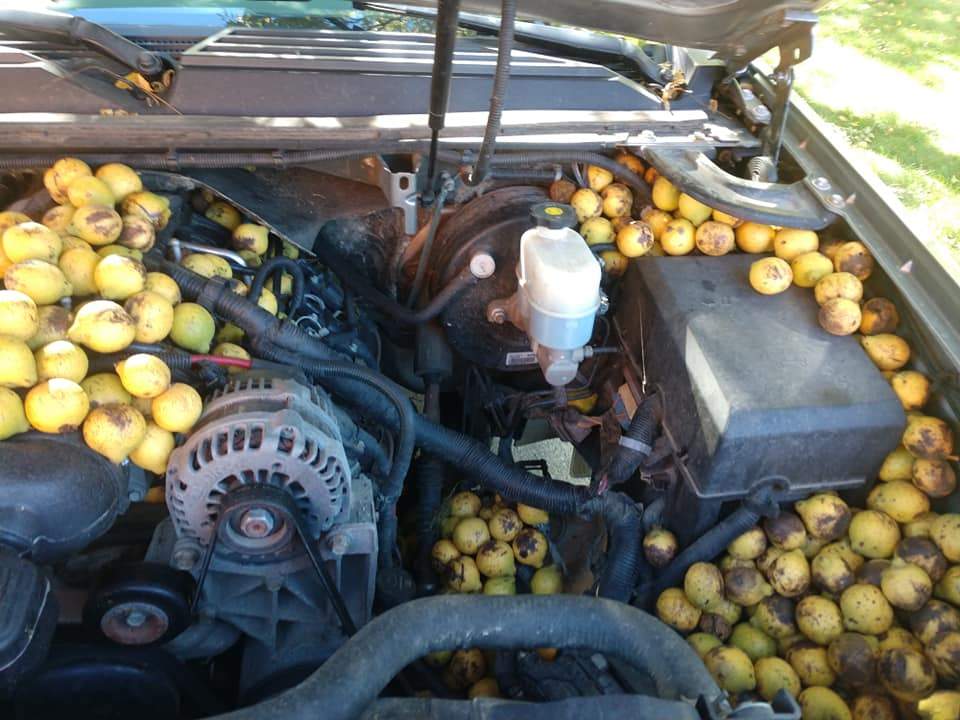 During this time he has already got used to the red-haired “lodger”, and treats this situation with humor.

Bill is convinced that the squirrel chose his car because of the ease of access.

Plus, there’s probably enough room under the hood of the Chevrolet Avalanche to provide it with a well-fed winter. 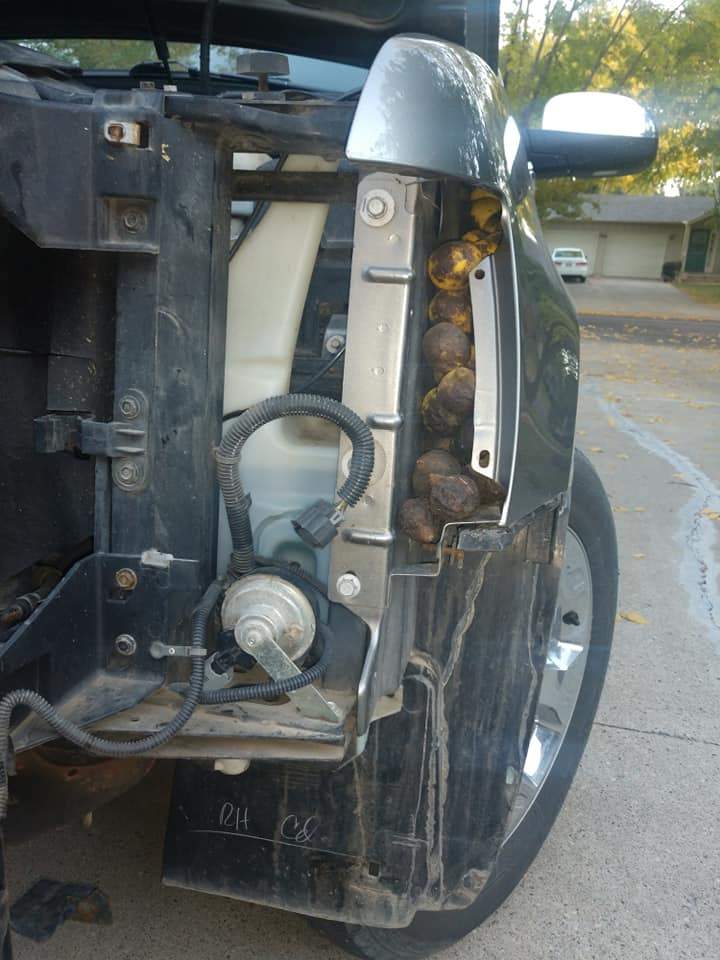 “I have other cars that are also nearby, but she always chooses a pickup. I even specially parked away from the tree, but she still finds Avalanche, and hides the nuts there”, – the man shared.

However, this time was not like the others – the squirrel managed to set a record.

For 4 days, when Bill went on a working trip, and the pickup was left on the street, she put thousands of nuts there – 175 pounds of stock. 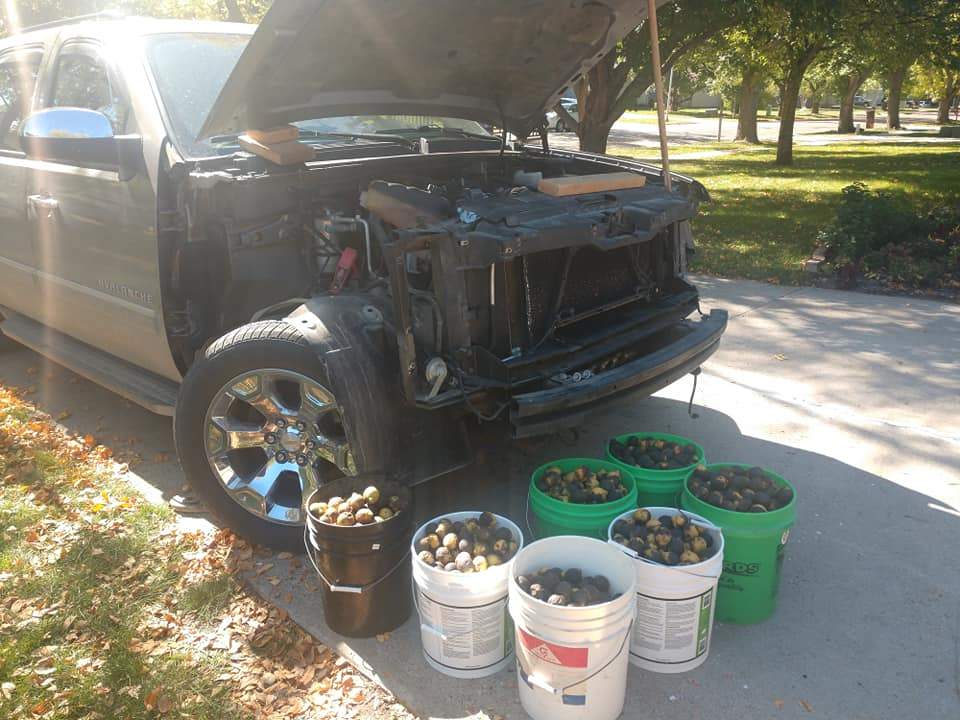 According to the man, if earlier during the cleaning of the car he filled 5 five-gallon buckets with nuts, now it took 7.

To get everything, he even had to remove the car fenders.

Despite this, he continues to find nuts in other places.

It is almost impossible to get all the nuts and completely remove them from the car.

As in previous times, Bill announced that he would distribute nuts free of charge to everyone.

And those that no one will take away, unfortunately for the squirrels, will have to be thrown away.

Interesting News 0 47
The adoptive mother of Michael Brown said that at first she was not going
Comments: 1
Leave a Reply Cancel reply
Recent Posts

Butter the missing dog barked at the windows of a burning house, until the owners woke up and escaped safely
Animals
0 316

Hugs with a predator: the story of friendship between a lioness and a man conquered social media
Animals
0 99