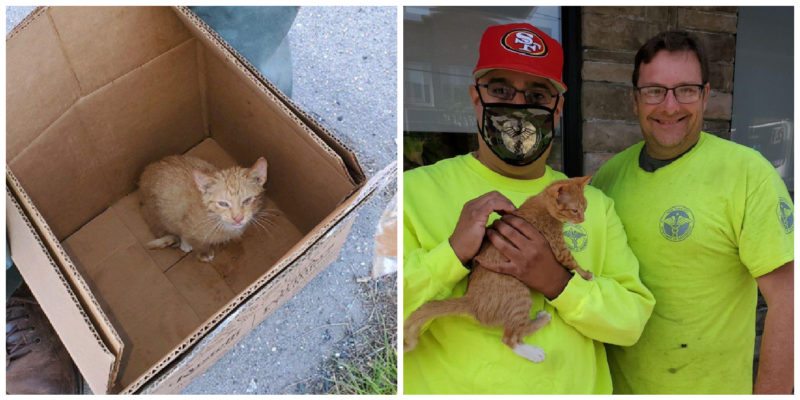 Each shift, William Montero and John Kase empty the bins in the garbage truck.

However, one day they were stopped by a squeak coming from the bag. 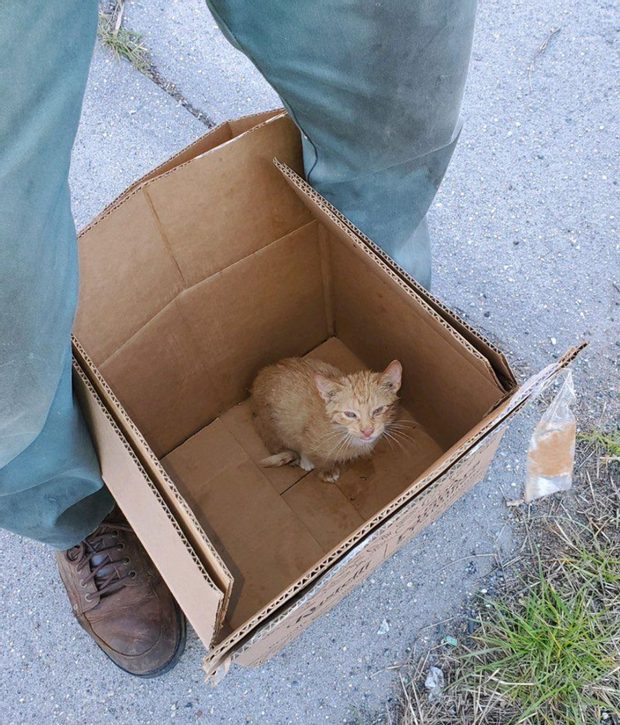 William Montero and John Kase set out to discover the source of the sound.

To do this, they began to untie the garbage bag and carefully pull everything out of there.

The men admitted that until recently they hoped that the sound was made by a child’s toy. However, a small ginger kitten was found instead. 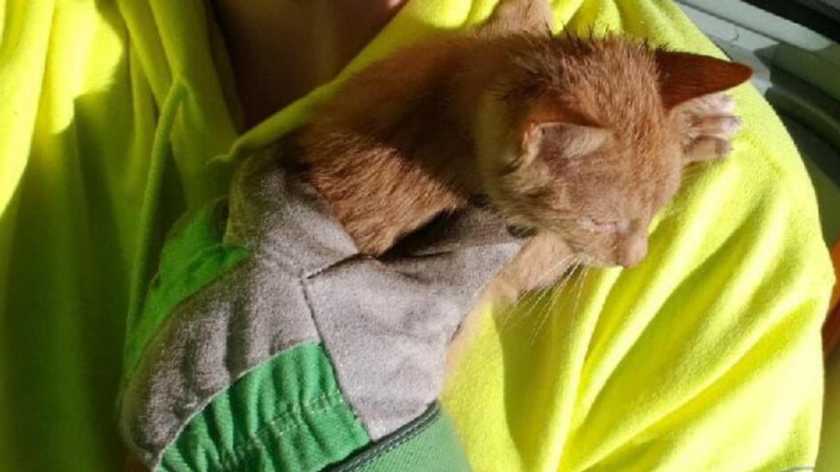 The baby meowed constantly and loudly, so William quickly pulled him out of the bag, wiped the dirt from his eyes, peeled off the garbage from him and picked him up.

The kitten clung tightly to its savior and was afraid of everything.

Then the companion checked the rest of the garbage bags to make sure there were no animals there.

In addition to the already found red-furred four-legged friend, no one else was found.

The kitten was put in a box, but he was afraid of a confined space and refused to be there.

The poor thing was constantly trying to climb into William’s arms and did not want to let him go.

However, the partners needed to move further along the route, but the kitten, whom they named Hope, needed a veterinarian examination. 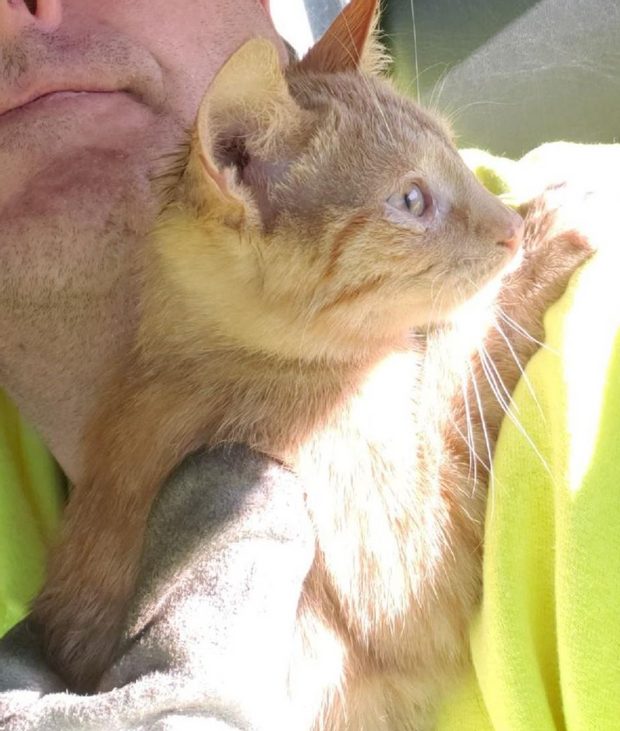 Therefore, the men decided to call their boss and explained the situation.

The head immediately came to them, took the kitten and took it to the veterinarian.

It turned out that Hope had an eye and respiratory tract infection.

However, doctors were able to help him.

The rescuers themselves did not forget about the baby, but visited and brought toys.

Subsequently, the cat went to the family for temporary housing, in order to continue his treatment.

Man who was never a cat person went to a shelter to adopt a dog, but ended up getting chosen by a kitten
Animals
0 97