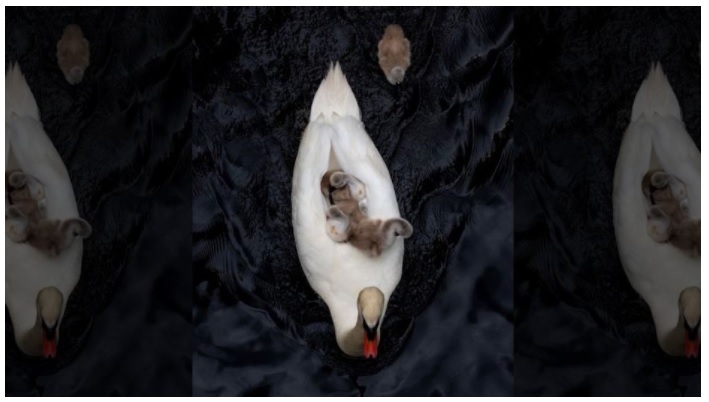 Photographer Matthew Raifman captured a very touching family moment between a male swan and his babies. As you know, swans are monogamous creatures and choose one partner for life.

However, no one could have imagined that in difficult life situations, a male swan could take on the role of a mother.

Photographer Matthew Roffman captured a picture in which the male swan took the cygnets under his wing after the death of the mother swan. The photographer noticed that the cygnets were on the back of a male swan. Later, sharing a photo on Instagram, Matthew noted that this is one of the most touching stories in recent years.

It turns out that the mother swan died a few days after giving birth. She was found dead in a nest by the river Charles, Boston. The cause of death was unknown. 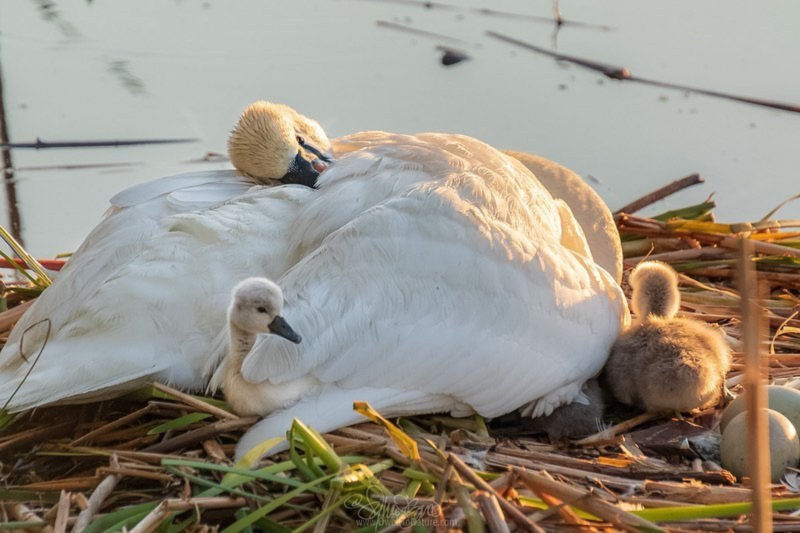 She hatched 6 wonderful cygnets. One of the babies drowned, and one of them was saved by animal control. However, when animal control came to the rescue, they found an amazing sight. The swan father was sitting in the nest, and swans were hiding under his wings. 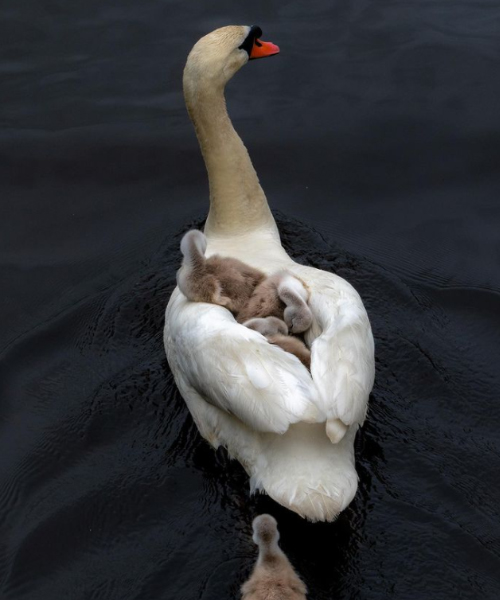 Thanks to the instincts of a caring father, the rest of the cygnets are now doing well and they are completely safe.

In the recent picture below, you can catch the hero-father swan along with his remaining four babies (only three of them are visible in the photo). It seems that the family has already recovered from the loss of the mother. 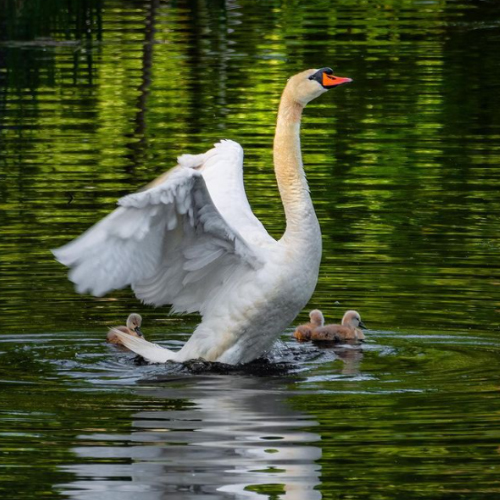 Despite everything they’ve been through, this family seems to be very strong. With such a father, nothing is scary.

The husky was thrown out into the street and was terribly emaciated, but she was rescued and given a second chance for happiness
Animals
0 532

Peanut, the cat with close-set ears and a sharp face, looks just like a bunny and it’s adorable
Animals
0 161
Our Top Posts