Today, the Syrian city of Aleppo is probably one of the most dangerous places on the planet.

However, while many residents abandoned their homes to escape the war, one person remained to care for hundreds of abandoned and stray cats. 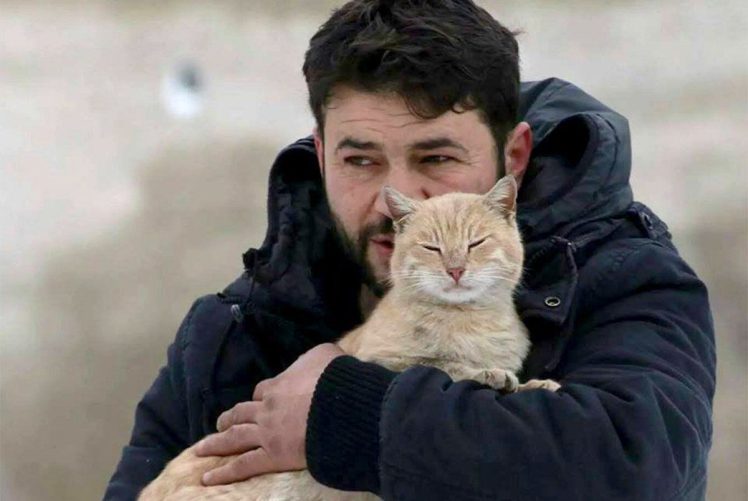 He is called “the cat man of Aleppo.”

Mohammad Alaa Aljalee began caring for abandoned cats since people, fleeing the bombings, began to leave their animals to him, knowing that he loves cats.

As the war intensified, more and more frightened animals began to come to him. 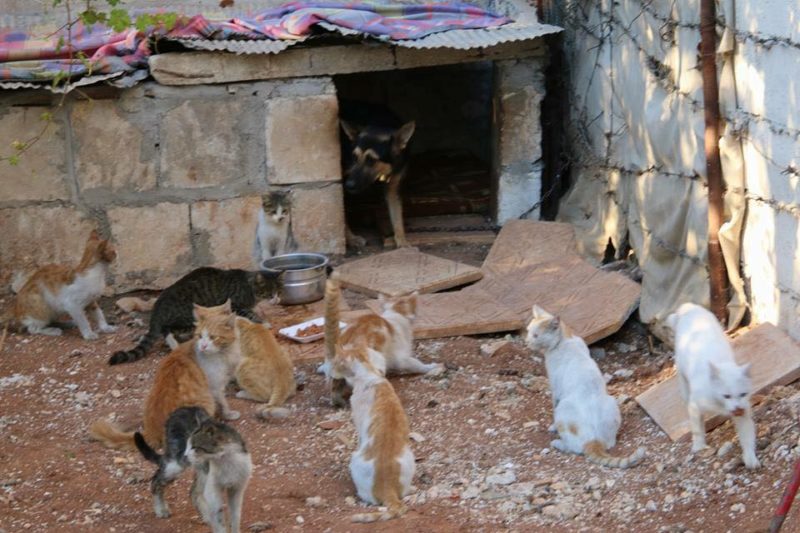 They needed food and protection, and Mohammad was happy to help them.

According to him, at first he had about 20 cats, but a year later the number of feline refugees in his shelter exceeded a hundred.

“One day a little girl brought a kitten,” Mohammad recalls. – “Her parents were going to leave for Turkey and came to me. They knew it was a cat shelter. The girl cried when she gave the kitten to me. The other day, I photographed this cat and sent her a photo. And she wrote that she missed her and asked to promise her that I will return the cat to her when they come back.” 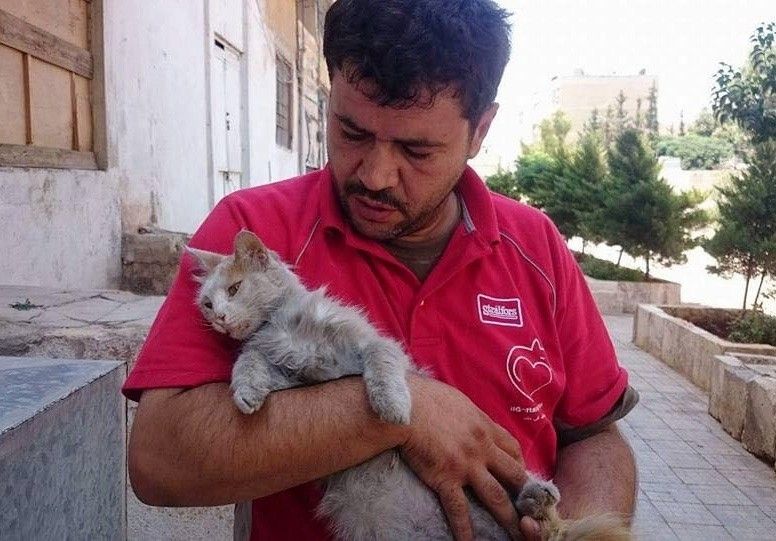 Since all his friends left Aleppo, cats have become Mohammad’s only friends in the city.

“A merciful person will be merciful to all living things,” he believes. “And I won’t leave them, no matter what happens.”

At the same time, cats are not enough for Mohammad.

He takes an active part in rescue operations throughout the besieged city.

On the Nobel Peace Prize Facebook page, there are photographs of him pulling children out of blown-up buildings, carrying people out of the ruins, and even feeding the sick.

A dog, that was lost for six years, is miraculously found by a kind passer-by and reunited with his family
Animals
0 386