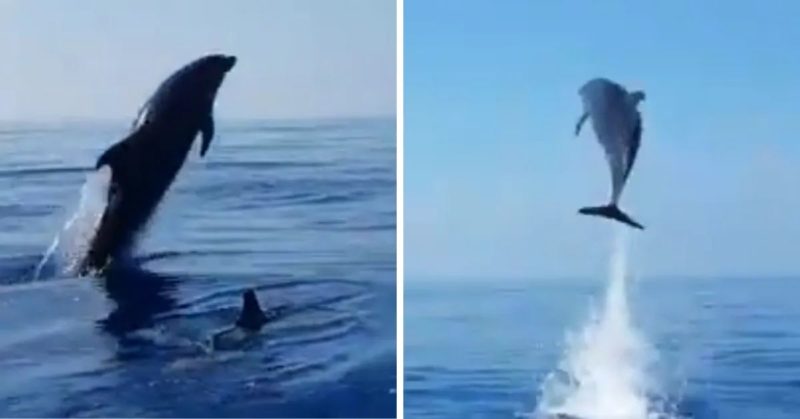 A heartwarming footage shows the joy and gratitude of a mother dolphin, when her baby was set free from the net traps. 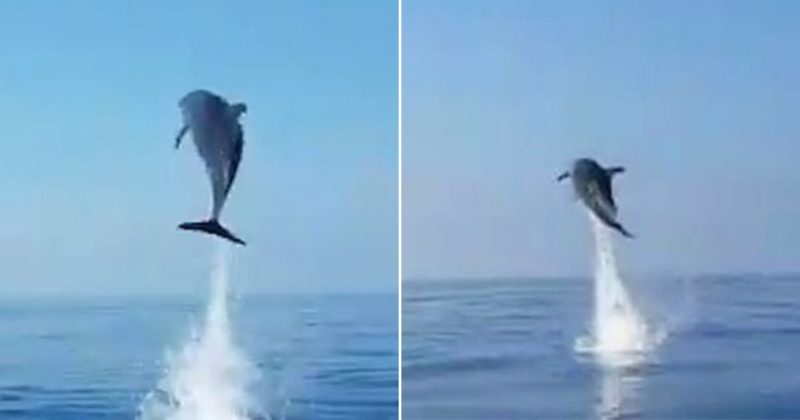 The scene was captured in Southern Italy, by some kind fishermen, who released the poor calf from the fishing nets, saving its life.

And its desperate mother seeing her baby rescued and alive was trying to express her feelings in jumping for joy and saying thanks to the saviors.

Unfortunately, this is not the unique case, when marine animals get trapped in the fishing nets, which mostly end up with their death.

So, many animal rights groups demand to reduce this kind of human activities to protect the marine animals lives.

Speechless, maternal love has no boundaries, and this dolphin mother is a proof of it. She found a wonderful way to show her thankfulness to the people, who gave a second chance of life to her baby. The touching footage was filmed by Mario Polizzi, which he shared on the social media pages, and numerous people fell in love with the incredible gesture of the mother dolphin.

The scene was really attractive and heart melting. 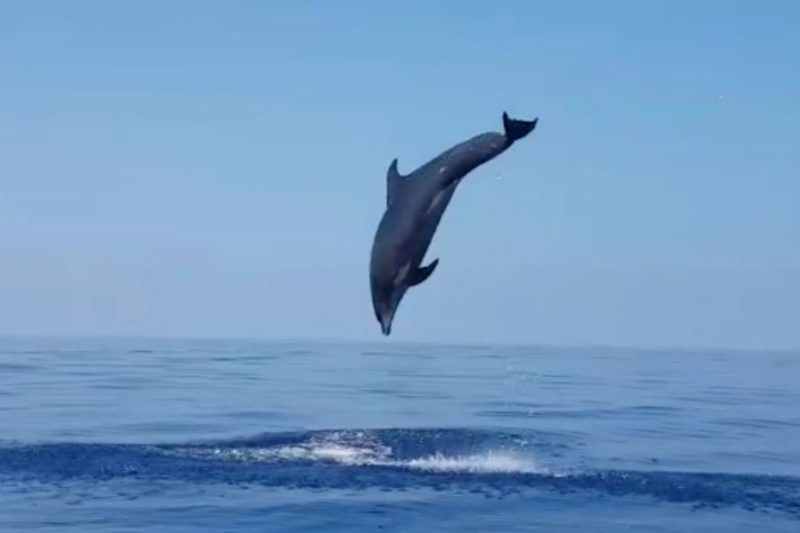 Dolphins are very intelligent, smart creatures. Dolphin mothers spend about six years with their babies to prepare them for the difficult marine life.

These caring mothers also sing for their future calves in the womb. They are able to communicate with each other by means of special whistles.

Tiny yet brave, military service Yorkshire terrier saved the lives of about 250 US soldiers during World War II
Animals
0 1191

The cat returned from a walk and brought a note to the owners, so they found mysterious friends and a pet-postman
Animals
0 328